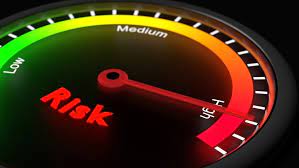 The cost to insure against a debt default by Turkey’s government in the next five years surged, heading for the highest closing level in almost two decades.

Credit default swaps rose as high as 870 basis points on Monday, reflecting investor concerns over a deepening rout in the lira and the government’s reliance on unorthodox monetary policies to support it. The advance took the CDS contracts above the level reached during the 2008 global financial crisis and all the way back to 2003, the year Recep Tayyip Erdogan became Turkey’s prime minister.

Under rising CDS pressure, the yield on the country’s 10-year dollar bonds rose to an all-time high of 10.6% on Monday. 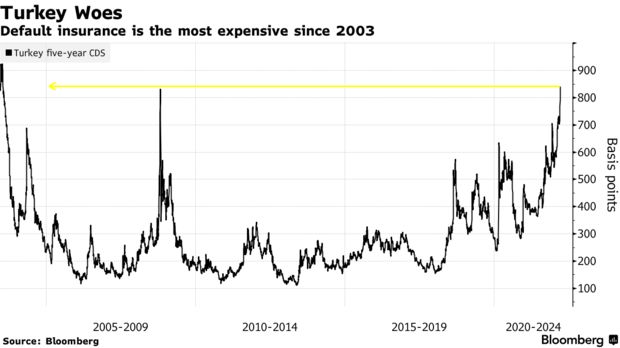 The Treasury was forced into action on June 9 after currency losses accelerated on President Erdogan’s announcement that his government would continue rate cuts even as inflation soared.

To curb credit growth and support the lira, the central bank will double the reserve requirement ratio for lira-denominated commercial cash loans to 20% while the banking regulator shortened debt repayment periods for consumers. The Treasury and Finance Ministry said they will sell the new lira-based revenue indexed bonds in an attempt to deter retail investors from dollar purchases.

“The increased chance of recession in the US, the unsupportive Fed policy, the soaring US yields and the shaky lira — due to a brittle central bank policy — boost the Turkish CDS, and it’s probably not the end of the pain,” said Ipek Ozkardeskaya, a senior market analyst at Swissquote Bank.

The lira has lost 23% this year and is the worst performer among emerging-market peers.

“Investors are increasingly worried about Turkey’s ability to keep its budget under control while spending so heavily to conduct a mission impossible policy on the FX front,” Ozkardeskaya said.