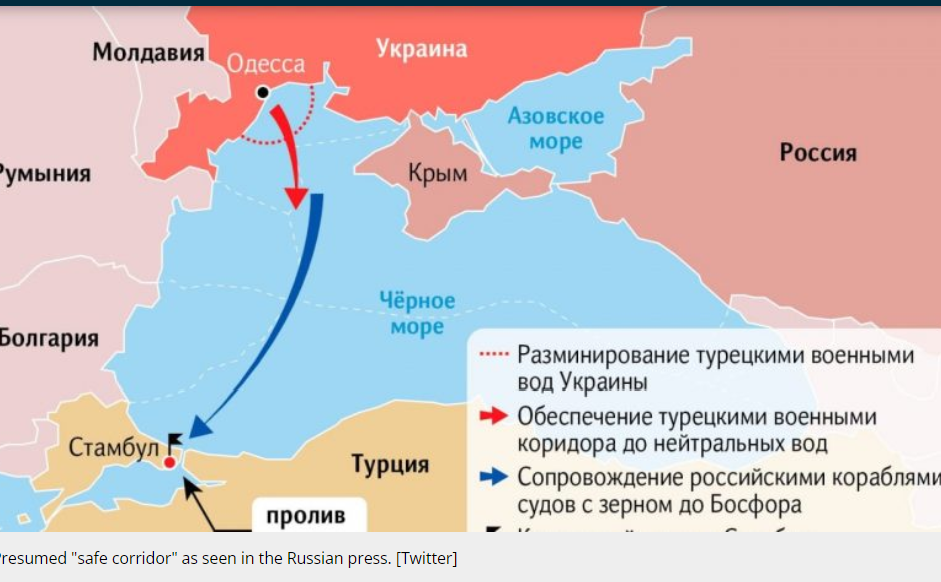 The first shipment of Ukrainian grain left the port of Odessa today under a deal aimed at relieving a global food crisis following Russia’s invasion of its neighbor.

“The departure of the cargo ship Razoni flying under the flag of Sierra Leone and loaded with maize will leave the port of Odessa bound for Lebanon at 08:30 am (0530 GMT),” the Turkish defence ministry said in a statement.

It was expected to reach the mouth of the Bosphorus on Tuesday at around midday, according to Yörük Işık, an expert on ship movements on the Bosphorus Strait and in the region.

Other convoys would follow, respecting the maritime corridor and the agreed formalities in line with the agreement reached with Russia on July 22, the ministry said.

On July 22, Ukraine and Russia signed a landmark deal with Türkiye and the United Nations aimed at easing a global food crisis caused by blocked Black Sea grain deliveries.

Türkiye formally opened a special joint coordination centre to oversee the exports in Istanbul last Wednesday, which is being staffed by civilian and military officials from the two warring parties and delegates from Türkiye and the U.N.