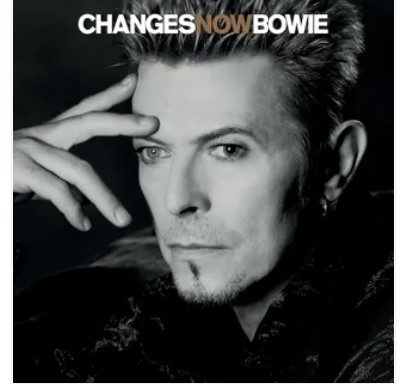 Turkey’s near-term priority in foreign policy will continue to be normalizing the strained ties with regional rivals, including Armenia, Israel and Gulf countries, the daily Hürriyet has learned from sources.  Under the 20-yeart long AKP administration, foreign policy focus shifted three times. None achieved any significant results.   It appears the meaning of diplomatic objective for Erdogan is “whatever suits me TODAY…”

An overall assessment of Turkey’s foreign policy and its priorities was made at a briefing held at the Turkish Presidency a couple of weeks ago, which has concluded that Turkey’s success in dealing with internal problems also depends on its diplomatic performance, reports pro-AKP daily Hurriyet Daily News.

Note the Soviet-style  reporting:  No participation by the Parliament, no list of participants or a discussion of how the decision was reached. This is typical of Turkey’s policy formulation process, which amounts to various competing factions in Erdogan’s palace fighting hard to get to his ear. Whichever faction promises more reward in the shortest time, makes policy.

The creation of a “trouble-free circle” around Turkey and normalizing the diplomatic ties with Armenia and Israel, as well as other regional countries, have been mentioned as necessary.

After Arab Spring, when Ankara’s aggressive expansion of her sphere of influence, netted her a long list of enemies, Turkey’s official foreign policy became “Precious Isolation”,  which translated into a values-based foreign policy, damn traditional alliances (e.g. with Egypt), or national interest (why has Turkey lost Israel, and indirectly her only leverage on American Congress?)

Turkey and Armenia held their first meeting at the level of special envoys in Moscow and agreed to continue talks for reconciling and establishing diplomatic and economic bonds after three decades. As part of confidence-building measures, they have also agreed to start reciprocal charter flights between Istanbul and Yerevan.

According to the information obtained from the briefing, it has been agreed that further studies should be made to launch flights between different cities, including Kars and Van, the cities hosting important religious and historical sites for Armenians. Especially Van, where a historical Armenian Church on Akdamar Island is located, can turn into a touristic spot for the Armenians, noted the briefing.

Plus, participants of the meeting discussed the need for a restoration campaign of some historical architectural structures near Kars, including bridges and buildings that are of importance to Armenians. In addition, increasing trade and economic activities with Armenia would ease up the Armenian diaspora, which seems to be skeptical about normalizing ties with Turkey.

On recently observed engagement between Turkey and Israel, which have lowered the level of diplomatic representation in 2018, participants cited that the release of an Israeli couple who were detained for alleged espionage in Istanbul has facilitated the normalization process. The language towards Israel will be further softened and more exchanges will be carried out following the phone conversations between the two countries’ presidents and foreign ministers. The next stage in ties with Israel will be the reciprocal appointment of ambassadors.

Another key issue discussed at the briefing was the recent developments in Libya, which had to postpone the elections. Considering Libya as a key country for its eastern Mediterranean interests and a door opening to Africa, the government will further deepen its ties with this country. The Turkish government believes that the political side it pursues close ties with would win the elections.

On the normalization with Egypt, it is noted that it will take some more time. The normalization process launched with the United Arab Emirates should expand with Saudi Arabia, participants at the briefing stressed.

Note how Syria and Iraq are not even mentioned in  the new policy initiative, even though Turkey’s archnemesis PKK is active in both countries. That is because Ankara is not interested in solving the Kurdish Question peacefully. The current war of attrition between Army, Turkey’s Syrian proxies, PKK and Syrian Kurds benefits Erdogan’s primary domestic policy goal of disenfranchising Kurds, as well as keep alive fictitious fears of Turkey’s partition.

PATurkey  planned to write a long article on Turkish foreign policy, but gave up.  Our Editorial Board bets that in the aftermath of the Russia-Ukraine conflict, there will be a new one.