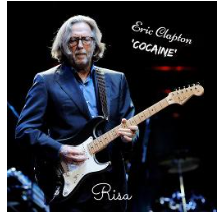 The reports of the General Directorate of Security revealed that Turkey has become a regional center for the world’s cocaine traffic. According to the EGM’s 2022 report, the amount of cocaine seized in Turkey increased by 44.9 percent and the number of suspects increased by 6 percent. This is also a record in the history of Turkey, reports Turkey Posts English (TPE).

Soaring drug trade could explain some of the “unidentified funds flow” into the country, while a Mafia boss hiding in UAE claims    Interior Minister Suleyman Soylu  and ex-congressman and also Interior Minister Mehmet Agar  are in collusion with global cocaine cartels.

TPE writes: While the amount of cocaine seized in Mersin Port and in containers from Latin American countries arriving in Turkey has increased recently, this poison traffic has also been reflected in the researches of international non-governmental organizations and the data of the General Directorate of Security. According to the 2022 report of the General Directorate of Security, the amount of cocaine seized in Turkey, which is one of the gateways through which drugs enter Europe, increased by 44.9 percent and the number of suspects increased by 6 percent. These figures are records in the history of Turkey.

The research published by InSight Crime, which conducts research on global organized crime, draws attention to another phenomenon. According to the news of Aynur Tekin from the newspaper Wall, organized crime centers originating from Turkey, which have long been the “kings of the heroin trade” in Europe, are increasingly turning to cocaine trade in order to balance the falling drug prices.

According to the study, Turkey is currently a regional cocaine transit hub. A small amount of cocaine remains in the domestic market, while the remainder is sent by sea to Eastern Europe and the Balkans, or by land via Iraq to Saudi Arabia and the United Arab Emirates.

PAIntelligence attempted to estimate the value  of the cocaine  trade, only to come up with a very broad range of $5 to $20 bn per annum. Additionally, Turkish crime syndicates  are still instrumental in the heroine trade from Afghanistan to Europe, which should generate more billions of dollars. There is no proof that some of these fund are deposited to Turkish banks, which would explain part of the $24.5 billion as of July “unidentified funds” Central Bank reported in its Balance of Payments statistics. IF the accusations of Soylu and Agar being in cooperation with drug cartels have any merit, it can be reasoned that both would instruct wholesale dealers to keep more of the proceeds in Turkey, to  bolster Central Bank reserves and thus aid their boss Erdogan stabilize the currency.