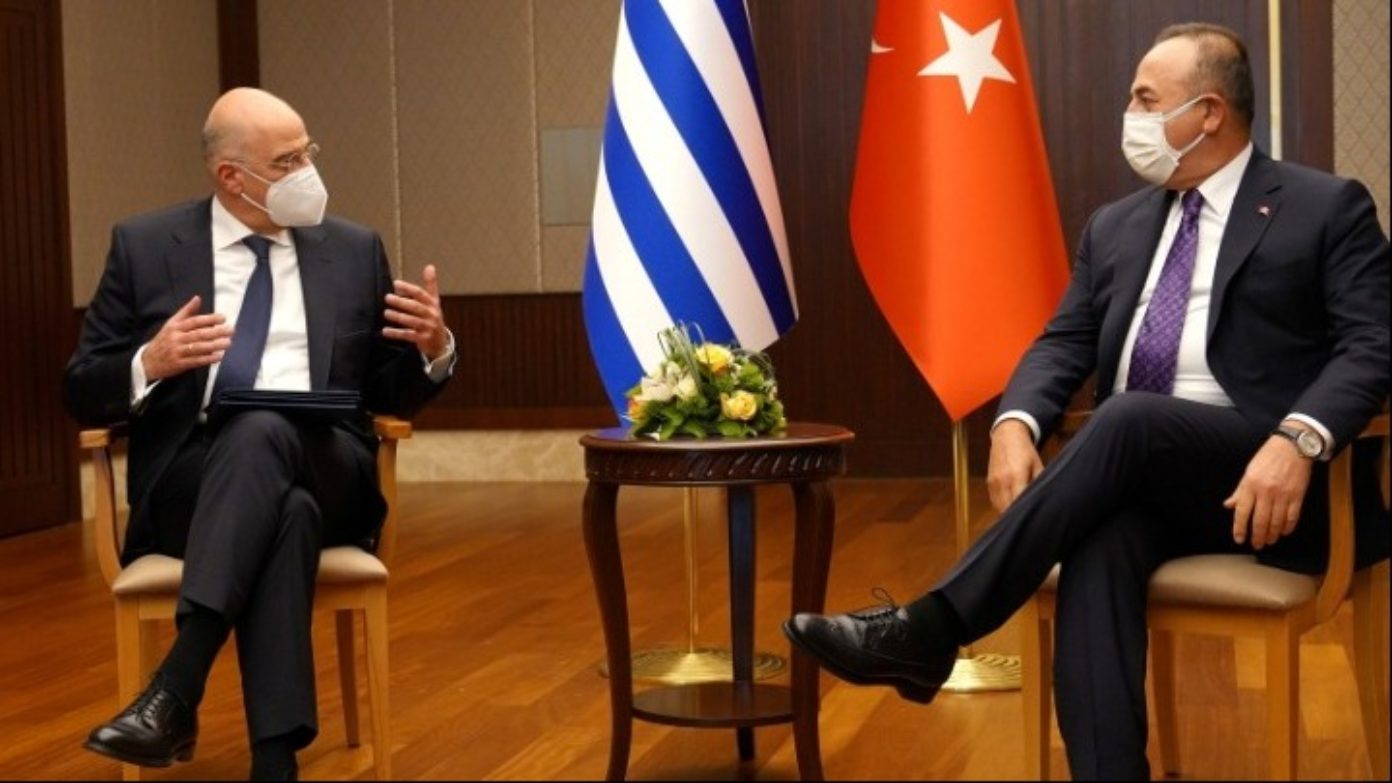 The foreign ministers of Greece and Turkey argued in front of cameras during a joint press conference following their meeting in Ankara on Thursday.  Greek Foreign Minister Nikos Dendias and his Turkish counterpart Mevlut Cavusoglu were at odds over a number of issues, despite hopes that their meeting could open an opportunity to lessen tensions over maritime boundaries and energy exploration rights in the Eastern Mediterranean.

Dendias blasted Turkey on its threats to go to war, if Greece extends its territorial waters in the Aegean, which is in accordance with international law.

In addition, he said that the Turkish-Libya maritime agreement of 2019 is illegal and he accused Turkey of using migrants as a weapon against Greece and Europe.

The Greek FM stressed that the improvement of bilateral relations must be based on international law, which Turkey often disregards.

Cavusoglu hit back by saying that his counterpart made unacceptable accusations against Turkey by claiming that Turkey violates Greek sovereignty — “that is unacceptable,” he said.

Earlier, Dendias met with the leader of the country, Recep Tayyip Erdogan for about an hour at the Presidential Palace in Ankara. No statements were made after that meeting.

The visit of Dendias to Turkey is the first between the two nations after tensions rose to a fever pitch in 2020 over maritime boundaries and energy exploration rights in the Eastern Mediterranean, leading to a military buildup that featured warships from the two countries facing off.

Before the meetings in the Turkish capital, Dendias has said that he was not over-optimistic, but at least the two countries must be able to speak, in the context of logic and law.

“Because if we are to speak in the context of arbitrariness, we do not need to speak,” the Foreign Minister stressed.

At the same time, he has stated in the past that Greece is not afraid of dialogue and that it is in favor of a constructive dialogue based on fundamental principles, such as international law.

Cavusoglu told Turkish TV that the two men will discuss all disagreements, emphasizing the importance of maintaining an open dialogue.

“Of course, it is not possible to resolve all of the issues in one meeting – or in multiple meetings – but at least a positive atmosphere (is being) created and we can work out the ways in which we can resolve the existing problems.

“There are issues on which we disagree with Greece. We have to discuss these in an open and honest manner,” he added.

Dendias’ visit to Ankara is the first visit of a high-ranking Greek minister to Turkey in more than two years.

Yet recently, the two NATO allies have adopted a more conciliatory tone and have been seeking dialogue.

Turkish and Greek diplomats have since met in Istanbul and Athens, resuming a series of meetings designed to build trust between the historic regional rivals. The exploratory talks came after a five-year hiatus.