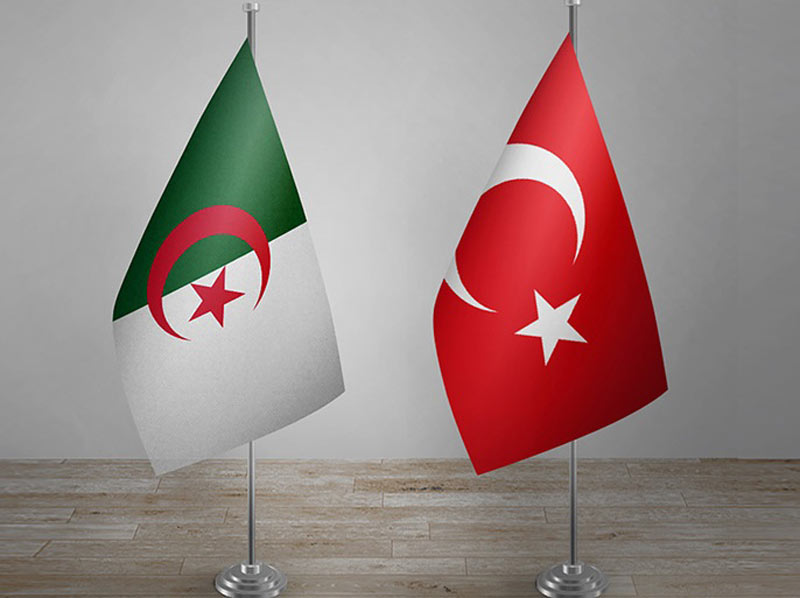 Turkey and Algeria on Monday signed multiple new agreements as they seek to grow their bilateral relations further and strengthen cooperation, with a particular focus on the defense industry.

The deals came after President Recep Tayyip Erdoğan welcomed his Algerian counterpart Abdelmadjid Tebboune in the capital Ankara. Tebboune’s official three-day visit, which started on Sunday, marks his first trip to Turkey since coming to power in 2019.

Erdoğan and Tebboune oversaw the signing of bilateral agreements in various areas, from mining and the environment to education to culture, after one-on-one talks and meetings between their delegations.

The two leaders discussed the ways and means to further strengthen bilateral cooperation and international issues of common interest. Tourism, agriculture, and security are other important areas that the two countries spoke about stronger cooperation on, Erdoğan said.

Saying that they had comprehensive talks, Erdoğan said that the two countries’ economic and commercial ties grow stronger every day.

Despite the COVID-19 pandemic, the bilateral trade volume rose 35% to $4.2 billion (TL 65.3 billion), Erdoğan told a news conference along Tebboune.

He said the goal for bilateral trade turnover, previously set at $5 billion, has been revised up to $10 billion.

“As two countries that play an important role in ensuring peace and stability on the African continent, we are determined to strengthen defense industry cooperation,” he noted.

He said many Turkish defense companies were in talks with Algeria, without elaborating. For his part, Tebboune said he and Erdoğan had an opportunity to enhance the countries’ deep-rooted ties in many fields. He stressed that he believes the investment volume with Turkey will expand to $10 billion or more. He also said that Algeria is “considering taking important steps (with Turkey), especially in the civilian, military, and naval industries.”

“We had a comprehensive and fruitful meeting with Mr. Erdoğan,” said Tebboune, expressing his pleasure in visiting Ankara. He went on to say that the two leaders could bring the two brotherly countries to a much better place. In addition to bilateral ties, Tebboune said that they also discussed regional developments, including Libya and Palestine.