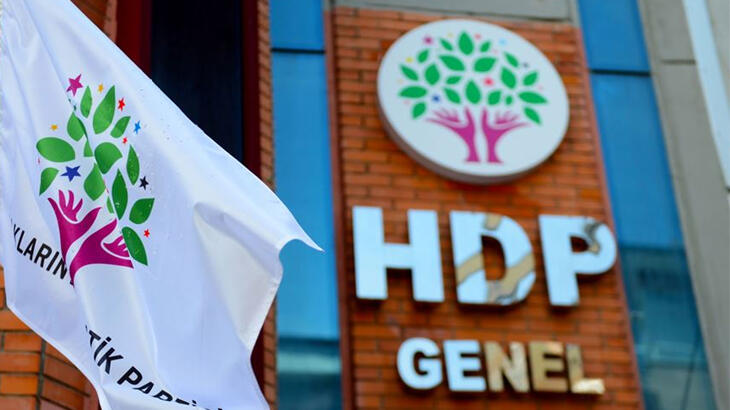 The chief public prosecutor’s office of the Court of Cassation launched a lawsuit with the Constitutional Court demanding the closure of the Peoples’ Democratic Party (HDP), state-run Anadolu Agency reported on March 17.

The indictment prepared by prosecutor Bekir Şahin claimed that HDP members, through their statements and actions, “aimed to damage and break the unity of the state with the Turkish people,” the agency said.

Şahin released a written statement with regards to the indictment claiming that the HDP “acts as an extension” of the Kurdistan Workers’ Party (PKK).

“(The HDP) move together with the PKK terrorist group and other linked organizations, they act as an extension of the organization with the aim of breaking the unity of the state,” he said.

The lawsuit came after the crackdown on the HDP recently intensified with Nationalist Movement Party (MHP) chair Devlet Bahçeli calling for it to be banned.

Earlier on March 17, parliament stripped HDP MP Ömer Faruk Gergerlioğlu of his seat over a criminal conviction for spreading “terrorist propaganda” in a social media post.

Earlier in March, the Court of Cassation asked the Ankara Chief Public Prosecutor’s Office to send copies of summaries of proceedings prepared against the HDP deputies as part of the Kobane file.

The relevant summaries of proceedings were required as part of a “routine monitoring procedure,” Turkish media outlets said at the time, citing sources from the Court of Cassation.

Prosecutors are seeking to lift the parliamentary immunity of nine HDP lawmakers, including co-leader Pervin Buldan, over their alleged involvement in the 2014 Kobane protests.

In early October, a Turkish court ordered the pre-trial detention of 17 people, including members of the HDP, in connection with the 2014 Kobane protests.

Protesters flooded streets in Turkey’s mainly Kurdish southeast in early October 2014, outraged over the Turkish government’s inaction in protecting Syrian Kurds as ISIS besieged Kobane, just across the Syrian border. The protests led to the deaths of 37 people, as members of Turkish Hizbullah also took to the streets. Ankara accuses the HDP of inciting violence.

The recently launched investigation against the HDP members over Kobane protests is the latest in the government’s crackdown on the party.

The HDP is often accused of having links with the PKK and its former co-chairs Selahattin Demirtaş and Figen Yüksekdağ have been imprisoned for over four years.