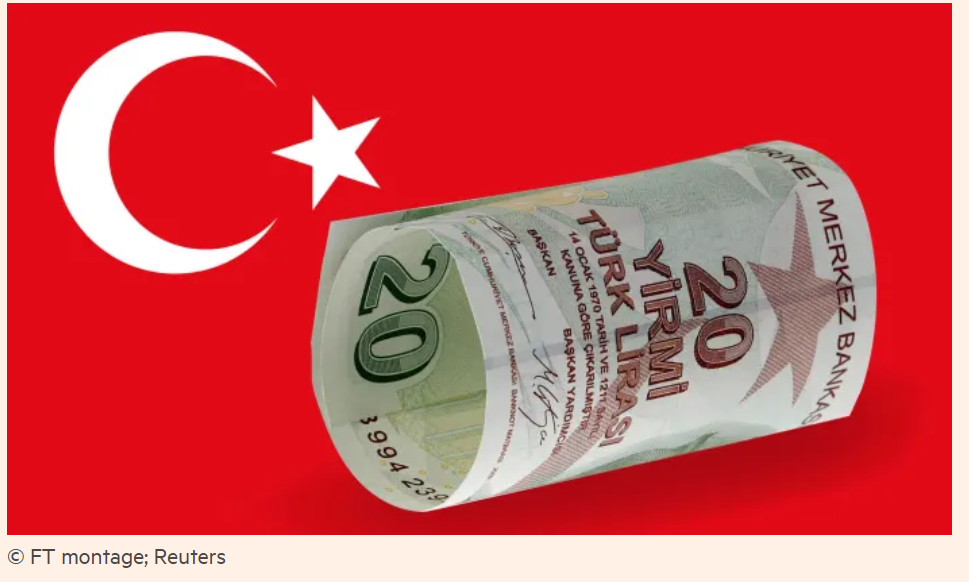 Turkey’s lira fell up to 0.8% on Friday after inflation jumped more than expected and above the country’s key interest rate, leaving the central bank in a tricky situation amid President Tayyip Erdogan’s calls for a rate cut.

Turkish inflation hit a fresh two-year high of 19.25% year-on-year in August, data showed, exceeding a poll forecast of 18.7% and pushing above the central bank’s policy rate of 19%.

The lira retreated from near four-month highs, last trading at 8.33 to the dollar. The currency is down nearly 11% this year.

Nevertheless, EM has rejoiced on news of a weak US non-farm payrolls print, which pushed the Dollar Index lower:

Most Latin American currencies rose on

Friday after a sharp slowdown in U.S. jobs growth signaled the

Federal Reserve may not rush to taper stimulus, benefiting

while its stocks counterpart climbed 0.3%.  Stimulus measures from major central banks had flushed markets with liquidity as the pandemic squeezed economies. But with inflation rising across the globe, several emerging market banks have begun tightening policy.

“We don’t think the report is weak enough for Fed officials to back away from their “this year” tapering signal, especially given the continued strength in wages, but we believe it increases the probability of a formal announcement coming at the December rather than the November meeting,” said FX strategists at TD Securities.

TL assets drew a meagre $100.5 mn of foreign investment into bonds and equities in the week ending on 7 August, suggesting that a weak dollar and  potential delay in Fed tapering calendar could soon come to the help of the currency.

Is such help underway?  “Rather than clarify the situation, Friday’s jobs report muddles the evidence for a decision under the Fed’s new monetary policy framework, which is backward looking as it is based on outcomes rather than projections. Indeed, central bankers within what has become an increasingly divided Fed will find competing support from the data for their competing positions”.

“Having said that, the compositional issues within the FOMC membership suggest that Friday’s employment report may well push back expectations of a taper announcement from September to December. In turn, this will delay the start of the actual taper from this year to 2022, providing financial markets with an even longer path of massive liquidity support”, wrote strategist al Arian for Bloomberg.

Indeed, it stands to reason that TL and TL-denominated assets will attract for global interest, if Central Bank doesn’t cut interest rates in its 23 September MPC meeting.  The odds are Kavcioglu may persuade President Erdogan to wait another month or two until base effects kick in, pushing headline CPI to 16% range by November.

Since 24 June, Turkish markets received a total inflow of $2 bn in foreign financial investments, which could accelerate as long as Fed hesitation keeps EM risk appetite high.  While the inflows are very modest for a year which saw at least $80 bn invested into EM ETFS, every little bit helps.