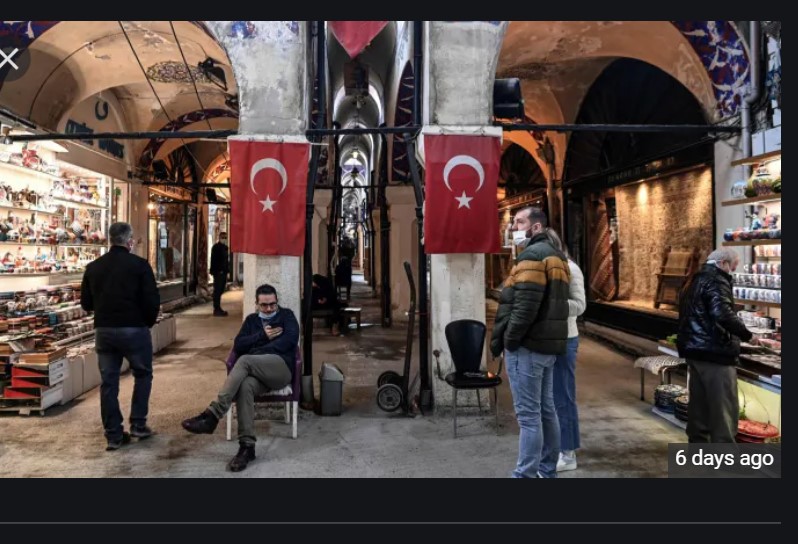 Turkish President Recep Tayyip Erdogan said authorities used $165 billion of central bank foreign-currency reserves to weather developments in 2019 and 2020, and may use them “again when needed.”  He was responding to a fierce media campaign by the opposition questioning why and how Turkish Central Bank sold $128 bn of FX reserves through state lenders during former economy czar Berat Albayrak’s reign. The campaign caught the attention of Turkish public, even that of AKP voters, so much so that campaign banners have been forcibly removed by police, with several campaigners being on trial for insulting Erdogan. A series of explanations by AKP heavy weights, Economy minister Mr. Lutfi Elvan and CB governor Mr Sahap Kavcioglu failed to quash the uproar, because each contradicted the previous.

“The central bank currently has around $90 billion in reserves,” he told lawmakers in Ankara on Wednesday. “These reserves may be used again when needed or they may rise above $100 billion” in the future, Erdogan said, referring to the monetary authority’s total gross reserves.

Claims voiced by the main opposition party that the Central Bank reserves were traded in an illegal way to protect the value of the national currency are not accurate, President Recep Tayyip Erdogan has said, stressing that developments in the global economy in 2019 and 2020 forced the Central Bank to make significant foreign exchange transactions.

He said that the reserves were used in meeting the demand of all parties for transactions that require foreign currency, from importers to investors, the real sector to the public.

How Erdogan Killed the Turkish Economy in 10 Days? | Real Turkey

“For a long time, our Central Bank hasn’t been making these transactions through auctions, but through the market-maker banks working on a 24-hour basis to avoid midnight operations towards our country in Asian markets.”

If the Turkish Central Bank had not met the demand for foreign exchange without hesitation, the situation would be far worse, Erdogan said, citing Turkey’s economic crises of 1994 and 2001, he added.

Not very reassuring from Erdogan.

This suggests it is going back to Lebanon policy settings where FX reserves are used to defend the exchange rate, utilising the FX deposit base of locals, and the result is net reserves go heavily negative – likely higher than $60bn currently in negative territory.

And this is all because Erdogan has an aversion to higher rates, the standard defence against pressure on the exchange rate.

I don’t think the $128bn was stolen, but it was used in a disastrous defence of the exchange rate as a vanity project to defend Erdogan’s own strange views on monetary policy and interest rates in particular.

Gross FX reserves might be $90bn, but with net of negative $60bn the challenge comes when the population realises that the CBRT has tapped their FX reserves to defend the exchange rate.

This is a hugely dangerous monetary and exchange rate strategy. It rarely ends well when central bank run large negative net international reserve positions. Lebanon is a case in point.