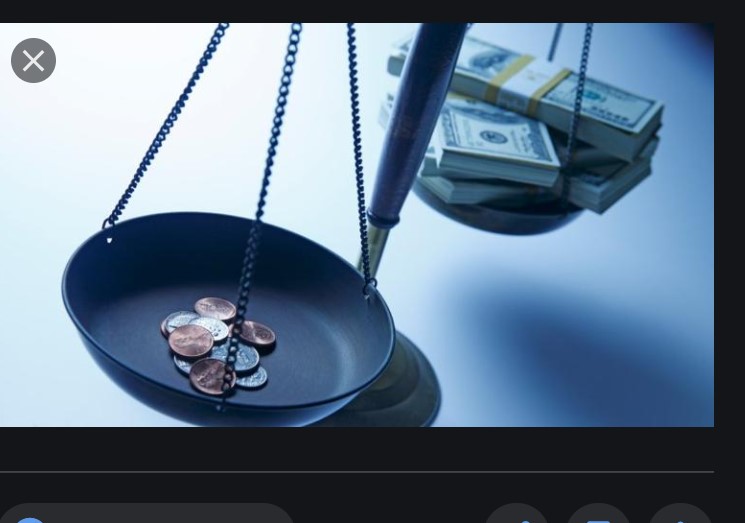 This is an excellent article explaining why the pandemic won’t be over until it is over in every country.   While Brazil and Turkey are not mentioned, the fires of the epidemic are burning high there, as well, threatening to put them into the category of the disadvantaged.

There is also a lesson here for investors. The EM growth story ought to be examined carefully, because prolonged epidemics leave scars behind which take decades to heal. Moreover, they drastically limit room for fiscal and monetary policy, sometimes reducing the attractiveness of their markets for IFI.

As people in London, Tel Aviv and New York start to move past the excitement of getting coronavirus jabs and turn their thoughts to booking summer holidays, it might appear for many that the world is at last returning to normal.

In countries which have been able to harness the scientific marvel of rapidly-developed vaccines, the jabs have had a profound effect on future prospects.

With infections, hospitalisations and deaths plummeting and study after study highlighting the protective power of vaccines, forecasters are daring to predict the good times will roll again after a miserable 16 months.

Yet the harrowing scenes this week in countries like India and the Philippines tell a very different story. In these countries where vaccines roll outs have yet to take off, recent weeks have seen an explosion in cases and deaths.

The coronavirus is running riot and health systems are buckling. The latest World Health Organisation figures show that rather than being on the wane, the number of new infections is at its highest since Covid-19 first emerged.

The discrepancy between these two pictures highlights what health experts and economists warn is a gulf in an increasingly two-tier world. In this divided world, inequalities uncovered by the coronavirus in the past year will only get worse as the gap between those with and without vaccines grows.

The prospects of international travel and economic recovery risk being divided between the vaccine haves and have nots, with a gap that locks many millions into deeper poverty, experts told the Telegraph.

A super-charged economic bounce back and a return to plentiful foreign travel may only be a couple of months away for some countries.

Yet in countries without jabs, or where the vaccination rate is slow, the populations may instead be buffeted by wave after wave of infection and death potentially stretching into next year and even beyond.

These countries will still be facing decisions on whether to lockdown, with all the attendant economic and social damage, well into the future.

“There is going to be a very unequal world, much more unequal that we have seen hitherto,” said Professor Vivekanand Jha, executive director at the George Institute for Global Health in India.

He said it was possible poor countries could be suffering waves of disease into next year while only a fraction of their population is vaccinated.

Successful vaccine rollouts in countries such as the UK, United States and Israel have become tantalising models for a road out of the pandemic, but their successes so far cover only a tiny proportion of the world’s population.

While the UK has given at least one dose to nearly half its total population, and America has hit 40 per cent, the figure for the world is still less than seven per cent.

Many countries have yet to begin vaccination programmes at all, and decisions by rich countries and vaccine manufacturing powerhouses like India to prioritise their own populations are slowing down worldwide deliveries.

Pakistan has vaccinated around half of one per cent of its population and has so far been reliant on vaccine donations from China.

A consignment of 17 million AstraZeneca doses from the Covax vaccine sharing scheme appears to be running at least two months late.

Nigeria has likewise vaccinated only around half of one percent of its huge population and across Africa as a whole it is eight-tenths of a per cent.

The World Health Organisation last week said that only two per cent of the doses administered worldwide had been given in Africa. While Britain hopes to have offered all adults a vaccination by July, that target will not arrive in many countries until next year or beyond.

“Here in Washington, DC, people are literally talking about the Roaring ’20s and, you know, letting the doors fly off the US economy,” Geoffrey Okamoto, the International Monetary Fund’s first deputy managing director told the Wall Street Journal this month.

“But the harsh reality is for the poorest countries, they’re not looking at vaccines being delivered to them until well into next year.”

A lack of vaccine and an inability to pour stimulus money into their economies mean that developing countries are likely to recover much more slowly. Damage to their balance sheets will last longer.

As the vaccine gap grows, countries wanting to defend their gains against Covid-19 are likely to continue to close their doors to travel from countries where the pandemic is still raging, creating another division.

“People with vaccine passports, will be able to travel, people in other countries will not have that freedom,” said Prof Jha. “Even those who are relatively well off will still feel the force of this discrimination.

“Even people who are relatively well off, but are in a country which is generally at a lower level in terms of the ability to get vaccinated, will be discriminated against.”

Prof Trudie Lang, director of the Global Health Network at Oxford’s Nuffield Department of Medicine, said: “On just every level, economics, the travel bans that are going to stay in place, it’s just so catastrophic.”

For example she predicted public health development would be hard hit.

Yet this uneven distribution of jabs will have ramifications for the vaccinated world too, which will be unable to seal itself off and could find its own recovery under jeopardy.

While the coronavirus continues to replicate and mutate in countries without vaccines, there remains the risk of new variants springing up which can undermine progress elsewhere.

The crisis in India, the pharmacy of the world, has seen vaccine deliveries delayed to elsewhere as Narendra Modi keeps vaccines for his own people.

Prof Jha said putting up divisions across the world “is going to happen, but it is fair to say that this is not going to protect the upper income countries”.

“It should strengthen the case of global cooperation, rather than create more inequity.”