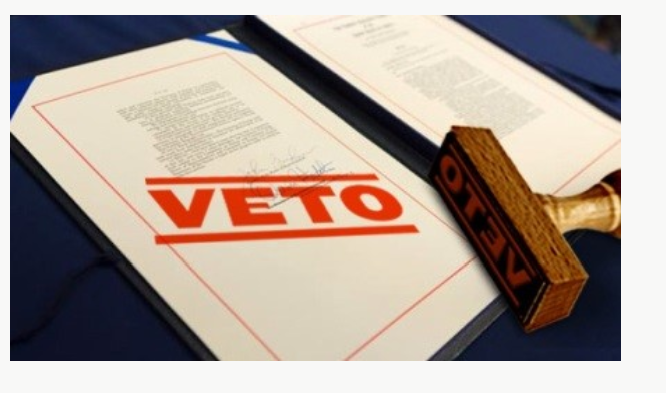 Turkey has said it will not approve Sweden and Finland joining it as NATO members, hours after Stockholm followed Helsinki in a historic Nordic security policy shift by formally confirming it intended to apply for membership of the alliance, reported the Guardian.  The question is whether this is Ankara’s final position.  Turkish veto to NATO accession   could end all the good-will Turkey accumulated in the Western circles with her principled and pragmatic stance in the Ukraine War.

Recep Tayyip Erdoğan said diplomatic delegations from the two countries, which have reversed decades of military non-alignment in the wake of Russia’s invasion of Ukraine, should not even bother coming to Ankara to discuss the move.

“We will not say ‘yes’ to those [countries] that apply sanctions to Turkey to join the security organization NATO,” Erdoğan said. “They say they will come to Turkey on Monday. Will they come to persuade us? Excuse us, but they shouldn’t bother.”

The Turkish president’s comments came as Sweden’s prime minister, Magdalena Andersson, said “a broad majority” in parliament backed NATO membership, “the best thing for the security of Sweden” – drawing a warning from Moscow.

Sweden was “leaving one era behind us and entering a new one”, she said. The Finnish government confirmed its intention to join NATO on Sunday, shortly before Andersson’s ruling Social Democrats abandoned 73 years of opposition to the idea.

Andersson said Sweden’s NATO ambassador would formally hand over Stockholm’s application to the alliance headquarters in Brussels “within the next few days” and the membership request would be submitted simultaneously with Finland’s.

Ankara first raised objections to Finnish and Swedish membership on Friday, citing their history of hosting members of Kurdish militant groups and Sweden’s suspension of arms sales to Turkey since 2019 over Ankara’s military operation in Syria.

The justice ministry said on Monday that over the past five years the two countries had failed to respond positively to extradition requests for 33 people Turkey says are linked to groups it deems terrorist, namely the PKK and followers of Fethullah Gülen.

“Neither of these countries have a clear, open attitude towards terrorist organizations,” Erdoğan told a news conference on Monday. “How can we trust them?” NATO would become “a hatchery” for terrorists if the two countries joined, he said.

The NATO secretary general, Jens Stoltenberg, has repeatedly said the two Nordic countries would be “welcomed with open arms” and accession would be quick, but the process requires unanimity among the alliance’s 30 existing members. Turkey’s objections, even if aimed at extracting concessions, could delay the process.

The Swedish defense minister, Peter Hultqvist, said on Monday that Stockholm was working hard to overcome Ankara’s reservations, while the foreign ministry said the Swedish and Finnish foreign ministers, Ann Linde and Pekka Haavisto, would travel “soon” to Turkey for talks.

NATO and the US have both previously said they were confident Turkey would not hold up accession. “I’m confident we will be able to address the concerns Turkey has expressed in a way that doesn’t delay the membership,” Stoltenberg said on Sunday.

Turkey has some valid reasons to block Swedish-Finnish accession to NATO, because both nations have provided home to PKK, which is globally defined as terror organization.  Yet, it appears that Erdogan wants to blackmail the institution by two specific demands, which are difficult to meet by democratic governments.

Recognition by Sweden and Finland that the Syrian Kurdish political entity PYD/YPG is a terrorist outfit.

The problem with these demands is that the definition of  concepts such as  “terrorist”, “suspect” and “terror organization” in Turkish law no longer bear much resemblance to modern European – US legal doctrines.

Erdogan has flip-flopped so many times of recent that it is hard to believe this is his final and non-negotiable position.  His past behavior suggests either by pressure from US, or by partial satisfaction of his demands, Turkey may lift its veto.

On the other hand, with critical elections coming up in a year or perhaps earlier, Erdogan may wish to leverage the accession issue to convince the constituency that the West supports terror in Turkey, him being the last   defender of nation’s unity.

At the end,  Erdogan’s sudden outburst should prove those wrong, who  thought he will get financial favors from the West because of Turkey’s nuanced diplomacy in Ukraine War.