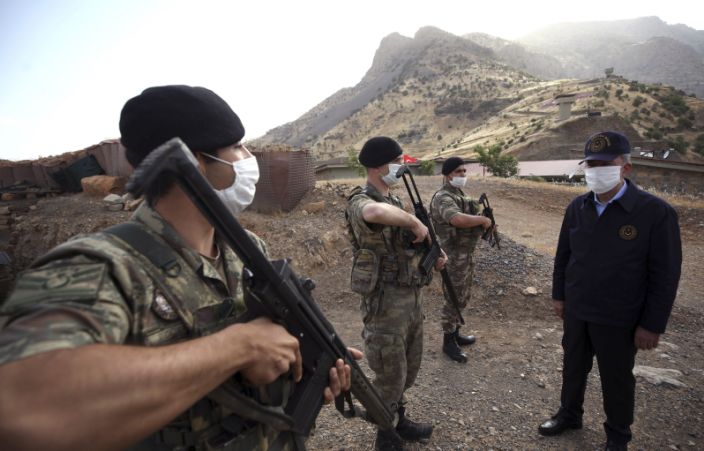 In a statement, the ministry said terrorist targets were hit in airstrikes and six terrorists were killed in retaliation to the attack.

Numerous PKK terrorist hideouts and bases are located in northern Iraq, from where they carry out attacks on Turkey.

The Turkish military regularly conducts cross-border operations in northern Iraq. Turkey has long been stressing that it will not tolerate terrorist threats posed against its national security and has called on Iraqi officials to take the necessary steps to eliminate the terrorist group. Ankara previously noted that if the expected steps were not taken, it would not shy away from targeting terrorist threats.

Turkey has carried out a series of offensives since 2019 against terrorist groups in northern Iraq, particularly the PKK. The latest ones are Claw-Lightning and Claw-Thunderbolt launched this April in the Metina and Avasin-Basyan regions, while operations Claw-Tiger and Claw-Eagle were initiated in June last year.

In its over 40-year terror campaign against Turkey, the PKK – listed as a terrorist organization by Turkey, the United States and the European Union – has been responsible for the deaths of at least 40,000 people, including women, children and infants.