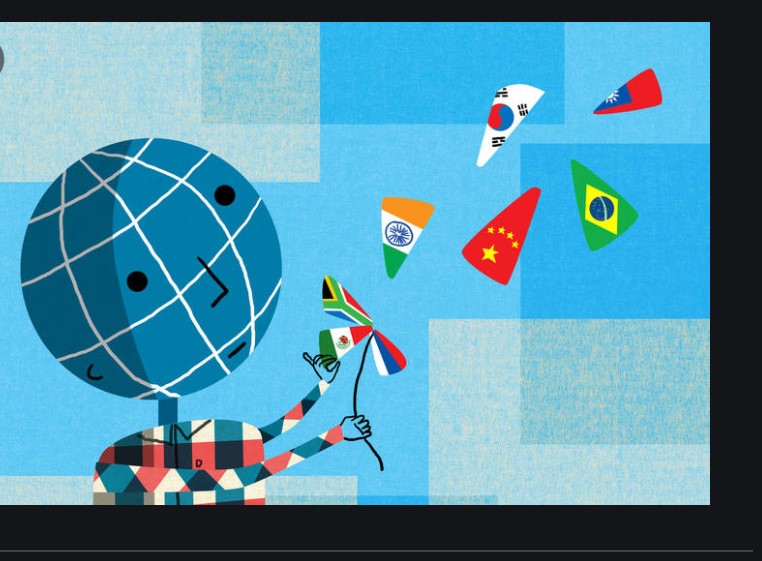 2021 is not turning out to be the Goldilocks Year for Emerging Markets that the Great Strategic Minds of Global investment Banks promised at the end of 2020.  A nasty and persistent Covid-19 epidemic raging in many Developing Nations, new geo-political tensions, the unexpected resilience of the US dollar and most importantly poor governance is taking the shine off the EM asset class. Ludovic Subran, who is the   Chief Economist of Allianz SE explains the new class of EM countries, dubbed the TUCKANS, which could fall pray to headwinds.

“Emerging-market investors head into the first week of May with as many reasons to be gloomy as cheerful.

For all the support emanating from U.S. stimulus plans, dovish central banks and rising commodity prices, worries over India’s deepening Covid-19 crisis, escalating U.S.-Russia tensions and China’s Huarong debt saga may give buyers pause. Traders have become less bullish about the outlook for developing nations amid increasing inflation concerns, with most who sought refuge in cash not yet ready to put it to work, according to a survey by HSBC Holdings Plc”, comments Bloomberg.

“A year into the Covid-19 pandemic, the global economy faces an ever-increasing risk of balance of payments crises”, begins Mr Subran.

In fact, 2020 already saw a record seven sovereign debt defaults by Argentina, Belize, Ecuador, Lebanon, Zambia, and Suriname (which defaulted twice). In this context, any further shock could tip the weakest countries into chaos.

What could be the next shock? A Taper Tantrum 2.0.

After all, with a USD7.3trn stimulus rocket locked and loaded, the US economy looks set to blast off into a booming recovery. This could tempt the Federal Reserve to start reining in its ultra-loose monetary policy sooner than expected, with serious consequences for Emerging Markets.

We’ve seen this before: In 2013, the Fed’s comments about winding down the bond-buying program launched in the wake of the 2008 financial crisis sparked an exodus of capital from emerging markets, along with significant depreciation of their currencies.

The good news is that this time around, many emerging markets are in a better position than they were in 2013. For one thing, current account deficits are lower, including in the large economies of India, Brazil, Mexico, Turkey, and South Africa. This suggests that these EMs are overall less dependent on foreign capital inflows than they were in 2013 – at least for now. Secondly, despite the massive monetary easing in the wake of the Covid-19 crisis, credit growth is at more sustainable levels, especially in Brazil, Colombia, Russia, India, the Philippines, and Indonesia. This may reflect less demand for credit amid the crisis and will reduce growth prospects in the near term, but it also indicates lower liquidity risk than during 2013-2014.

When it comes to inflation, Argentina, Nigeria, and Turkey could post average annual inflation rates well above 10%, clearly higher than their 2013 levels, but for other emerging markets inflation is likely to remain under control. This offers room for central banks to support their domestic economies, and perhaps governments, in the event that foreign credit dries up.

And while emerging market currencies are likely to remain volatile, real effective exchange rates are currently less strained after a year of generalized depreciations. That means there’s a lower risk of a repeat of substantial depreciation this time around. Finally, monetary policy is ultra-loose in many emerging markets and it should remain accommodative overall in the near future, providing space to alleviate any impact of an eventual Fed tapering.

But there are still some weak spots: In Turkey, Argentina, Ukraine, South Africa, Romania, and Chile, the external debt payments due in the next 12 months significantly exceed the level of official FX reserves held at central banks.

In fact, in Turkey, the debt is more than four times higher than the reserves. Moreover, the share of non-residents’ holdings of public debt has exceeded 35% of total public debt in Indonesia, Ukraine, Kenya, Romania, Argentina, Turkey, Chile, and South Africa. This raises the risk of a sudden capital reallocation from Emerging Markets to the US and financial market turbulence if the Fed hikes rates earlier than expected, and without advance warning.

So which countries are most at risk of a reality check?  Meet the TUCKANS

Meet the TUCKANS: Turkey, Ukraine, Chile, Kenya, Argentina, Nigeria, and South Africa. Taking into account liquidity risk (based on the current account balance, short-term external debt due, import cover, and private sector credit growth) and cyclical risk (based on currency risk, inflation, commodity dependence, equities, and bonds), these emerging markets are the ones most likely to face the music in the event of a Taper Tantrum 2.0, especially if the Fed’s actions are not communicated well.