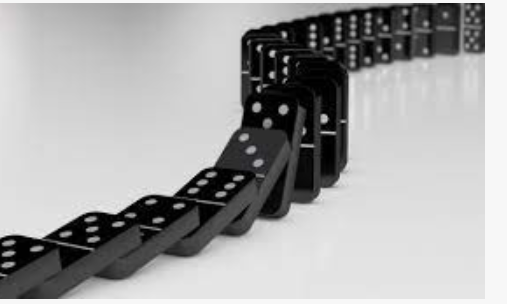 Turkey increasingly has based her growth model on credit expansion since 2016. Yet, Turkey has almost locked down her credit market with the practices of the recent months. The society wonders what the electoral strategy of the government is going to be since access to credit has been made difficult recently.

Within the framework of current practices, there are only three segments left to which the banking system is financially capable of lending: net export firms, small and medium-sized enterprises (SMEs) and factoring companies. Due to the restrictions imposed by law, there is no economic logic for banks to grant loans to businesses other than these three segments. Although the economic reasons for lending to these segments are not sound, there is a “the-best-of-the-bad” approach.

The basis of the restrictions lies in the obligation of banks to purchase securities, i.e. treasury bills and/or government bonds, in return for their loan disbursements. The requirement to buy securities was introduced in order for the government to fund the government expenditures at low costs. However, as bankers point out, the practice poses systemic risk. Why and how?

When the obligation to buy securities against the loans first announced, banks bought large amounts of treasury bills and government bonds. There is an inverse relationship between the price and interest of securities. The prices of securities, which banks bought in large quantities, increased and their interest rates fell sharply.

According to the data of the Turkish Statistical Institute (TUIK), banks can provide loans with a maximum rate of 17.07% due to the pricing pressure on them, under the conditions of 83.45% of consumer inflation. This ratio is found by multiplying a recently announced reference rate of 12.19% by 1.4. Except for the above-mentioned categories, banks are obligated to buy securities the total of which has to be 30% of the loans granted. Banks have to purchase an additional 20% of securities when the interest rate on loans touch  17.07% level. If the interest rate is calculated with a coefficient of 1.8, that 20% rate becomes 90%.

Due to pricing pressure, it is not attractive to grant loans by applying 1.4 or 1.8 coefficients under current inflation conditions, and it is not attractive to buy securities even if these loans are made available. The current interest rate of the 2-year bond is 14.50%, the 5-year bond is 9.80%, and the 10-year bond is around 11.70%. Banks are expected to provide loans with a maximum of 17.07% and purchase securities with an interest rate of roughly 10.00-14.50% while the consumer inflation is 83.45%. Is this a preferable math in economic logic? Additionally, banks are unable to find securities that they would “unwillingly choose” to buy. There are no securities left in the market that would allow them to issue loans.

What if there is a change of government after the election due in May 2022 and interest rate increases begin in order to bring inflation under control and the obligation to buy securities ends? The interest rates of the securities will start to rise and their prices will start falling. In this case, the banking system will start incurring heavy losses. Since there are no bonds with a maximum maturity of 8-10 months that will extend almost until the election, there are extremely risky possibilities of buying long-term securities. One facet of systemic risk emerges at this point.

With the exchange-protected deposit scheme (KKM), it was tried to reduce the total amount of deposits in foreign currencies. However, the exchange rate has to jump significantly in order to get a return above the rate of inflation in the KKM scheme. Otherwise, KKM account holders cannot get positive real returns. As a matter of fact, since the exchange rate has been stable recently, those who invested their savings in the KKM account could not get positive real returns. In this case, savers should avoid KKM. Exits have begun. However, banks pay heavy penalties if they cannot direct their customers to TL deposit accounts. In order to avoid paying these penalties, they develop methods that offer their clients a monthly return of 20-22% in TL or even more.

How can the banking system continue these operations when they are forced to earn a maximum return of 17.07% with loans, 10-14.50% with securities while their main resource costs 20-22% or more? In addition, when the above-mentioned probability of post-election developments are taken into account, it becomes clearer why bankers talk about systemic risk. It is also stated in various reports that the non-performing loans on the balance sheets of banks reached $46.5 billion.

It should be underlined that the risks of these mismatches described above has not been included in the profits announced by the banks so far. It is necessary to analyze the figures revealed in Turkey in terms of inflation (nominal) and inflation-adjusted (real) under high inflation conditions. Otherwise, no analysis can form a correct opinion.

Let’s look at the systemic risk issue from another angle. Importers have a special importance among those who cannot access credit. Due to Turkey’s manufacturing structure, when growth accelerates, imports gain speed. Turkey recorded rapid growth in the first two quarters of 2022. As a result of this growth, the current account deficit in January-August 2022 reached $39.7 billion. The deficit in the same period of last year was $12.8 billion.

In January-September 2022, the foreign trade deficit increased by 156.3% compared to the same period of 2021 and reached $84.0 billion. 81.4% and 10.7% of the imports of the January-September 2022 period consist of intermediate goods and capital goods, respectively. In other words, 92.1% of the total imports are related to manufacturing. Yet, the perception of the society regarding imports is that imports are mainly for luxury consumption.

TUIK data send a clear message: Turkey cannot grow without importing. The probability of deterioration of the cash flow due to the importer’s inability to access credit is the other side of the systemic risk described by the bankers.

It should also be noted that the loan market can find different ways to reach the loan source up to certain degree.

In the 2021-2022 comparison, it should be emphasized that there was a 22.2% growth in the second quarter of 2021 and the reason for this was the exit from the Covid-19 crisis. In order to make a more meaningful comparison, it seems reasonable to assume that the time when the economy returned to its own dynamics is almost the beginning of 2022.

The government is in need of growth for political reasons. We know from our observations to date that the main issue on which Turkish populace punishes politicians with their votes is unemployment. High inflation provokes a reaction up to a point. If there are political or economic gains outweighing the disadvantages caused by high inflation, high inflation is tolerated. However, Turkish populace has no tolerance for unemployment.

How will Turkey finance a current account deficit which is expected to reach $60 billion at the end of 2022? The cost of Turkey’s financing opportunities in the international markets has increased. In other words, Turkey’s credibility has plummeted. The 5-year US Dollar Eurobond rates, which were 5.88% at the beginning of November 2021, are currently around 9.74%. CDS premiums, which are indicators of country risk, are constantly above 700. In other words, Turkey is in the category of very high risk country. Issues related to external financing are another aspect of systemic risk.

Turkey financed 71.27% of its current account deficit for the period January-August 2022 through net errors and omissions. That is, $28.3 billion of the $39.7 billion was financed by “an unknown source.”

There is a frequently asked question lately: why is the exchange rate so sluggish? There are two reasons. Firstly, the number of foreign investors to avoid risks in Turkey have decreased so much that there is almost no demand for foreign currency to leave Turkey. The second is foreign funds entering Turkey through a net error and omission item that has never been seen before. The situation pushes KKM account holders to negative real returns. Therefore, KKM is a product that contains great contradictions and at the same time a great social injustice.

The foreign source of growth does not give positive messages. Presumably, the government will try to prevent the exchange rate jump with a net error or omission item. Credit mechanism slows down. Thus, both demand- and exchange-based causes of inflation will be kept under control. Therefore, a decrease may occur in inflation with the help of the base effect. However, the expectation of the Central Bank of the Republic of Turkey (CBRT) for the end of 2022 was 65%.

Since Turkey cannot grow without imports and the importer’s credit utilization opportunities have greatly decreased, what could be the source of growth towards the election? Fiscal policy comes to mind. Recently, the data revealed by Uğur Gurses in an article brought to mind the fiscal policy. Murat Ucer also stated in an interview that fiscal policy is more likely to be used in the process leading up to the elections.

The economy in Turkey on the way to an election creates significant risks for the future.