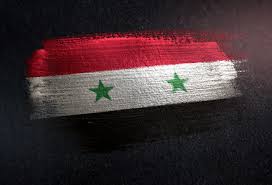 Open and secret political and security contacts have expanded in recent days to choose the best path to normalize relations with Damascus.

Syria and Türkiye have held security meetings in the Latakia countryside with the aim of reopening the Aleppo-Latakia highway. A Kurdish delegation from Qamishli even visited the Syrian capital to feel out the limits of the Syrian-Turkish cooperation against them.

The United States has also been mediating between Ankara and the Kurds to deter a new Turkish incursion east of the Euphrates River. Iran, meanwhile, is trying to become involved in the Russian mediation between Damascus and Ankara.

The latest in the Russian efforts is President Vladimir Putin’s insistence on paving the way for Turkish President Recep Tayyip Erdogan and his Syrian counterpart Bashar al-Assad to meet before Turkish presidential and parliamentary elections in May.

Moscow sought for the meeting to be held on January 11, but Ankara received “American advice” that it should not agree to attend before Turkish Foreign Minister Mevlut Cavusoglu visited Washington on January 18.

Damascus, for its part, was not willing to hold the meeting for the sake of holding it, but wanted clear outcomes to come of it.

This led to a series of additional contacts. Russia’s presidential envoy to Syria Alexander Lavrentiev visited Damascus for talks with Assad. Russia reiterated its desire to arrange a meeting between Assad and Erdogan, but the former tied such a meeting to Türkiye’s withdrawal from northern Syria or at least setting a timetable for the pullout.

Clearly, Damascus wants to claim some form of “symbolic achievement” before having Assad and Erdogan meet.

Ankara, for its part, informed mediators that its army will not withdraw from Syria “under any circumstance and even if the Americans pull out.” Such a position stands in contrast to its previous announcements when it used to tie it withdrawal to the political solution and the pullout of all foreign forces that entered Syria after 2011.

At this impasse, attention was shifted to the reopening of the Aleppo-Latakia highway, or M4. The route was included in de-escalation agreements reached between Moscow and Ankara over Aleppo. Talks over the highway included deploying Russian and Turkish patrols and establishing a safe zone on either side of it.

After three years, the patrols have since come to a halt and efforts to reopen the highway have stalled. Moscow is no longer exerting pressure on Ankara because it needs it in several other issues, including the war in Ukraine.

Syrian-Turkish security meetings have been held recently in Latakia’s Kasab area to reopen the highway. Türkiye has shown some flexibility in reopening it on condition that it maintain its control over it, while Syria maintains its sovereignty.

As Syria and Türkiye inch closer to normalizing their relations, Damascus again turned to the Kurds. Each side wants to feel out the respective party’s stance on the normalization. Indeed, a Kurdish delegation visited Damascus just days ago.

Russia had previously sponsored negotiations and delegations were formed, but the talks then came to a halt. Damascus now wants to feel out where the Kurds, who are allied to the US, stand, while the Kurds want to know the limits of the normalization between Damascus and Ankara.

The meetings were aimed at studying the implementation of the understanding that was signed between the two parties in wake of the sudden American troop withdrawal approved by former US President Donald Trump in late 2019. The agreement included the deployment of Syrian forces east of the Euphrates.

The Kurds are now eager to cooperate with Damascus if it means preventing a new Turkish offensive against them, while Damascus is more than ready to deal with them in their position of weakness.

It is no secret that relations between Deputy Assistant to the US President and White House Coordinator for the Middle East and North Africa Brett McGurk and Ankara are very bad. But a Gulf state recently hosted a secret meeting between the US official and Türkiye’s Fidan with aim of clearing the air.

In wake of the secret meeting, US State Department Special Envoy to Syria Nicholas Granger carried out a series of secret visits to Ankara and Qamishli. Talks focused on the withdrawal of the Kurdish police, Asayish, 30 kilometers deep into Syrian territory away from the Turkish border or that they lay down their arms. They also tackled the re-formation of a local councils and return of Syrian refugees.

Meanwhile, Turkish FM Cavusoglu was keen on meeting United Nations envoy to Syria Geir Pedersen ahead of his trip to Washington to imply that he was interested in reaching a political solution in Syria.

At any rate, a breakthrough, if reached, has yet to be declared.

Türkiye has repeatedly said it had reached the limit of its patience and that it would take unilateral measures. The US has warned against any measure that would impact the SDF and the war on terror.

Amid all these developments, Iran has expressed its annoyance with the Russian mediation between Damascus and Ankara for a number of reasons.

First, the mediation took place behind its back. In fact, Iranian Foreign Minister Hossein Amir-Abdollahian complained of this in Damascus just days ago, revealing that he had learned of the Syrian-Turkish meetings through the media.

Second, Tehran believes that any progress in Syrian-Turkish ties may take place at the expense of Iran’s military and non-military role in Syria.

Third, the United Arab Emirates has joined efforts in Syria and offered to host or take part in the Syrian-Turkish-Russian meetings, including the upcoming trilateral summit.

Add to the above obstacles that led to the postponement of a visit by Iranian President Ebrahim Raisi to Damascus that was planned for late 2022.

Meanwhile, Damascus, which wants to stand on equal footing with its allies Moscow and Tehran, has expressed its disappointment with the continued Iranian arms shipments to Damascus International Airport that has been the target of a number of Israeli strikes.

It is also upset with the delay in the arrival of three Iranian oil shipments and with draft agreements that include “sovereign concessions” related to the economy and granting Iranians in Syria the same privileges as the Syrians themselves.

These issues were discussed during Abdollahian’s visit to Damascus and some breakthroughs were reached. Tehran pledged to send oil shipments and Damascus pledged to coordinate its normalization with Ankara with Iran. Preparations to arrange for Raisi’s visit to Damascus have resumed. Amid all this, pro-Iran factions shelled the positions of “America’s allies” in the region east of the Euphrates.

The outcomes of the above-mentioned secret and open meetings will emerge on the Aleppo-Latakia highway, the battlefields in northern and eastern Syria and in air raids. Meanwhile, the Syrian people, huddled in their homes and camps, are hoping for an improvement in their living and economic conditions.