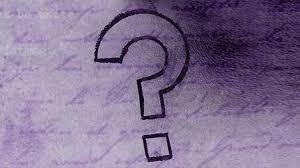 Turkish lira rallied on Habertürk news on Turesday that Turkey was very close to securing a total of $20 billion in foreign currency swaps from central banks in the United Kingdom and Japan. The lira rose 0.4 percent to 6.85 per dollar on Tuesday, after an all-time low of 7.269 per dollar reached on May 7. The currency has weakened 13 percent this year against the dollar.

The deals will amount to $10 billion each, Habertürk had reported, without citing the source of the information as the news agency went further claiming Japanese Prime Minister Shinzō Abe was expected to make an announcement on the deal between the two countries during a visit to Turkey on Thursday.

The news was later denied by state-run media saying agreements with two countries have not been reached according to officials of the Treasury and Finance Ministry; yet negotiations were ongoing with a total of four nations, it said. Turkish treasury and central bank officials have held bilateral talks with counterparts from Japan and the UK on setting up currency swap lines, and with Qatar and China on expanding existing facilities.

The AKP government is seeking to raise foreign capital to help its coronavirus hit economy and to rebuild its central bank’s foreign currency reserves, which are depleted as policymakers tried to defend the lira. To establish swap lines, Ankara’s first target was the U.S. Federal Reserve, however American officials have suggested that this would not be possible.