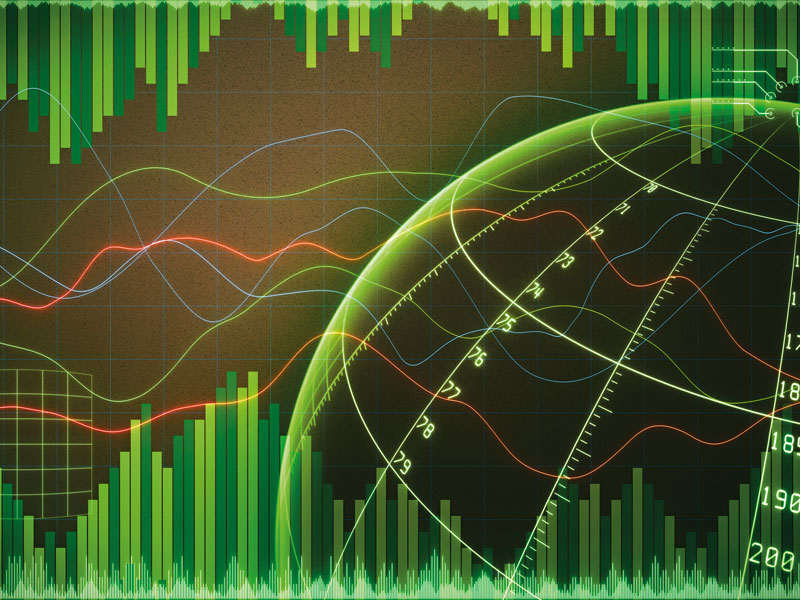 The adverse effects of the pandemic coupled with the preceding currency and debt crisis have challenged Turkey’s economic stability. Could the adoption of sustainable finance could mark a turning point for the country’s fragile banking sector?

It has not been a season of stability for Turkey’s economy. Since 2016 when the country experienced a failed coup d’état, unending crises have made Turkey’s economy one of the most vulnerable in emerging markets. This, according to Dominik Rusinko, an Economist at KBC Group, is a result of “misguided, or outright wrong economic policies.”

Turkey’s apex bank has not been spared. In a span of two years, President Recep Tayyip Erdoğan has dismissed three governors. The changes have rattled financial markets with foreign investors increasingly becoming jittery at a time when Turkey is in desperate need for inflows. “The future path of the Turkish economy remains uncertain and bumpy particularly in the absence of a more orthodox economic policy,” observes Rusinko.

In recent years, Turkey has become a darling for investors due to a conscious drive towards sustainable development. As one of the countries most affected by climate change, desertification and natural disasters such as droughts, floods and landslides, the country has made a shift towards sustainability. In fact, despite being on the fringes of the European Union, Turkey has embraced the push for net-zero greenhouse gas emissions by 2050.

“Measures to incentivise a green recovery, and begin a green transformation, can keep Turkey at a competitive advantage as global markets decarbonise,” said Auguste Kouame, Turkey World Bank Country Director in April. He added that a more diversified and greener financial system would support a resilient, sustained recovery.

This is a challenge that Turkey’s banks are embracing wholeheartedly. It emanates from the understanding that banks have the potential to facilitate a green transition by mobilising capital for sustainable, green-led growth. For the industry, climate change and environmental issues have become an important source of risk and opportunity. “If you don’t take care of the environment, the environment will take care of itself,” said Ahmet Can Yakar, ICBC Turkey managing director, project finance department, during a sustainable finance webinar in April. In effect, sustainable finance is fast taking root in Turkey, a country that is attracting interest from ESG-focused domestic and international investors and issuers.

In fact, Turkey is determined to tap the $100trn global bond market after the government formed a bonds guarantee fund to encourage companies to issue bonds at lower costs. In Turkey, the total bond market is estimated at $3.1bn with green bonds accounting for only $836m.

Taking a cue from the government and investors, commercial banks are acknowledging that sustainable finance will be the anchor for future growth. In effect many are abandoning financing of environment polluters like fossil fuels, mining and sections of manufacturing, for green projects in renewable energy, housing, water and sanitation, education, health, urban transport and mobility, street lighting, agriculture and consumer goods among others.

The transition is conspicuous. Over the past two years a number of banks have signed the UN’s responsible banking principles to implement sustainability. Additionally, several financial and non-financial companies have committed to issuing sustainability reports to raise investor awareness. Garanti BBVA, Turkey’s fifth largest bank, is among lenders on the forefront of sustainable financing.

The bank has vowed to stop financing ‘dirty’ projects like coal and mines. Over the next two decades, the bank that issued a $50m green bond in 2019 intends to cleanse its loan portfolio from these projects leading to zero exposure by 2040. This comes after the bank announced in February that it had reached $60.3bn in sustainable financing by the end of last year, ultimately achieving half of its objectives a year ahead of schedule. The bank has a target of $120.2bn of sustainable financing by 2025.

Another lender, the European Bank for Reconstruction and Development (EBRD), has put green investments in Turkey top of its priorities. Since 2015 when it launched its green economy transition strategy, EBRD intends to increase investments in green projects to 40 percent by the end of next year, up from 30 percent in 2015, with annual commitments of $4.8bn.

Ultimately, the target is for 60 percent of the lender’s financing going towards green investments. “Projects that we finance must have measurable climate mitigation mechanisms,” said Idil Gürsel, EBRD Associate Director, municipal and environmental infrastructure. She added that projects must reduce greenhouse gas emissions by at least 20 percent or improve energy efficiency by at least 20 percent. In this light it seems that Turkey has unequivocally demonstrated that it is committed to sustainable development.