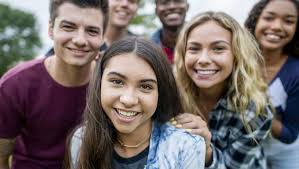 One of the most puzzling aspects of February Turkstat employment survey was the 2 percentage point decrease in labor participation ratio, which has been declining since early 2019.  Another puzzling observation is that wage differentials between college and high school graduates narrowing to unprecedented lows. It seems Turkey’s youth may be dropping out of the formal workforce and may soon stop seeking university degrees, because it doesn’t pay off.  A new survey by center-left and reliable think-tank SODEV finds that 60% of participants want to leave Turkey at the first opportunity. Why have Turkey’s youth lost faith in their country?

More than 60% want to leave

Turkey has the largest population of youth in Europe, with nearly 13 million citizens. But a new poll indicates more than 60 percent of them would like to leave the country because of economic hardship, a stifling of dissent, and a crackdown on freedom of expression reports Middle East Eye, quoting the SODEV survey.

More than a dozen random Turkish students interviewed by Middle East Eye said that given the chance, they would move out of Turkey due to a loss of hope for the future.

Meritocracy was weak, now it is nepotism only

Many medical school students from the country’s elite schools, such as Hacettepe University, are learning German and are looking to move to Germany, where they believe they would be respected and be able to live in a free society. Others complain about the increasing nepotism within the public sector that is making it almost impossible for people with credentials to get top jobs.

“I lost my belief that I have a good future here in Turkey,” Ilkay said, who is an undergraduate student studying international relations at Istanbul University.

“Turkey, politically and economically, has dropped behind. Life has become harder with the decrease in purchasing power. The media lost its neutrality, we have poverty, and justice lost its impartiality.”

A poll conducted by the Foundation for Social Democracy (SODEV) ascertained that Turkish youth are increasingly unhappy to live in the country.

The survey, which was carried out in 12 provinces on 16-17 May with 600 people aged between 15-25, indicated that 62.5 percent of the respondents would choose to live abroad if they were given a choice.

Experts say one fundamental reason behind the desire to leave is the loss of prosperity. Recent official statistics reported that last year unemployment among the workforce aged 15-24 reached 25.4 percent, the highest rate in the last 20 years.

“It is very rational for them to leave,” Ertan Aksoy, the chairman of SODEV, said. “They would like to leave to get a better education abroad and increase their level of welfare. They see that it is no longer possible here.”

The Turkish government, under President Recep Tayyip Erdogan’s rule, has tripled the number of universities in Turkey over the past 17 years, from 76 to 207; while more than 6,000 academics were fired on charges of terrorism since a coup attempt in 2016, leaving a massive negative impact on the country’s academia.

Nezih Onur Kuru, a political scientist, says the drop in per capita income is likely to have an impact on young people’s attitudes.

“The hope [youth] had in the 2000s left its place to anger and despair,” he said, citing “the heightened authoritarianism since the [2013] Gezi Park protests, and public hiring without merit coupled with a reduction in income per capita from $13,000 to $9,000 in the last 6 years.”

Kuru added that because of the economic crisis the country is going through, it has become harder to reach upward social mobility for millennials and generation Z when compared to their parents.

AKP voters want to leave, too

Ironically enough, nearly 50 percent of the ruling AK Party supporters and around 70 percent of allied nationalist MHP voters said they would like to leave the country. For observers, it isn’t surprising, because youth – in general – are having the same experience regardless of their political leanings.

SODEV’s poll also illustrates that freedom of expression is crucial for Turkish youth.

More than 90 percent of the respondents said free self-expression was very important, while 82 percent said others being able to freely express themselves was important.

In 2019, Turkey had the second-highest number of standing cases that allege violations of fundamental rights before the European Court of Human Rights, with 9,250 applications. Turkey also has ranked 154 out of 180 countries in the Reporters Without Borders’ 2020 World Press Freedom Index.

“There is definitely a freedom of expression problem,” SODEV’s Aksoy said. “The pressure on social media is a major trigger of frustration. Young people see that people get detained, arrested, or lose their jobs over a legitimate tweet.”

For example, the number of criminal investigations opened in Turkey against individuals who allegedly insulted Erdogan went up 30 percent in 2018, reaching 26,115 cases.