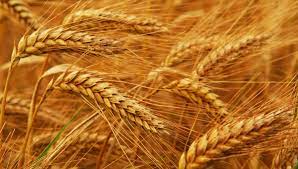 UPDATE:  Grain Talks in Ankara Show No Signs of Progress

(Bloomberg) — Talks between Russia and Turkey brought no signs of progress on a deal to unblock shipments of Ukrainian grain that have contributed to global food-supply fears.

Kyiv, which wasn’t invited to participate in talks in Ankara, is skeptical of the Kremlin’s intentions and seeking strong security guarantees that would allow it to export the key commodity. President Volodymyr Zelenskiy agreed in a phone conversation with German Chancellor Olaf Scholz that everything must be done to facilitate the export of grain, especially via sea.

The Kremlin has claimed shipments of grain will restart in the coming days from the Russian-occupied Ukrainian port of Berdiansk after work to de-mine the area, as its foreign minister, Sergei Lavrov, held talks with his Turkish counterpart.

However, the Turkish foreign affairs minister struck a more considered note, saying more talks between Moscow and Kyiv would be required to ensure the safety of any vessels carrying exports.

Speaking alongside Lavrov in Ankara, Mevlüt Çavuşoğlu described a United Nations plan to launch a sea corridor for Ukrainian grain exports as “reasonable” but added that Russia and Ukraine would have to accept any agreement.

“Various ideas have been put out for the export of Ukrainian grains to the market and most recently is the UN plan [including] a mechanism that can be created between the UN, Ukraine, Russia and Turkey,” Çavuşoğlu said. “We see it as reasonable.”

The majority of Ukrainian grain exports have been halted since Russia launched a full invasion in late February and blockaded the country’s Black Sea ports, through which 90% of trade from the world’s fifth-largest grain exporter used to flow.

The sudden export stoppage has raised concerns that the war in Ukraine will spark a global food crisis, and push millions of people into famine.

The UN subsequently appealed to Russia and Ukraine, as well as Nato member Turkey – which has authority over maritime traffic entering and leaving the Black Sea through the Bosphorus strait – to agree a corridor.

According to the UN, Russia and Ukraine supply about 40% of the wheat consumed in Africa, where prices have already risen by about 23%.

Any Turkish-brokered grain corridor would probably involve cargo vessels leaving Odesa, which is in Ukrainian hands, and other Black Sea ports with a Turkish naval escort, before travelling towards Turkey and on to global markets.

Lavrov, who has blamed western sanctions for the food crisis, said Ukraine needed to let commercial vessels leave its ports safely, in order to reach any agreement on a grain corridor.