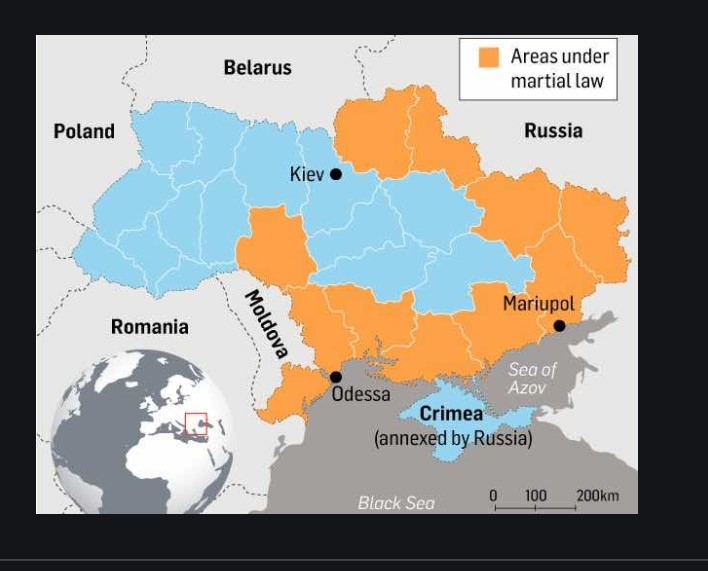 More than six years have passed since the so-called Minsk II accords brought an end to the last high-intensity military conflict in Ukraine. But it would be unduly complacent to suppose that this hiatus will last much longer.

Since the Package of Measures for the Implementation of the Minsk Agreement [of 5 September 2014] was signed by the representatives of Russia, Ukraine, the OSCE and the unrecognised leaders of the two self-proclaimed Donbas republics on 12 February 2015, more Ukrainian servicemen have been killed in the ensuing low-intensity conflict than in the time since the conflict in southern and eastern Ukraine began.1

Yet this fact has not discouraged many in the West from treating the precarious post-Minsk conditions as a new status quo, when in fact Minsk produced nothing more than a highly contested and continuously flouted armistice. Despite numerous rounds of subsequent negotiation, two at summit level, the gap in perspective about what the accords stipulate and what obligations they entail has not been narrowed one iota.

Alongside the belief in the emergence of a ‘status quo’, a second belief has taken root: that Russia is content with this status quo and simply seeks its ratification. This belief rests on two sound assumptions and two erroneous ones.

The first sound assumption is that so long Russia controls these ‘separate areas’ [otdel’niye rayoniy], as well as the interstate border, Ukraine will not be able to reassert its control without its consent. The second is that, so long as this is the case, NATO membership for Ukraine is off the table.

But the first erroneous assumption is that these achievements define the limit of Russia’s objectives. To the contrary, even in Yeltsin’s time, Russia’s primary goal, in former President Dmitry Medvedev’s words, was to ‘synchronise the development’ of the two states, a goal pursued by hard diplomacy and soft coercion until 2014 and by hybrid war ever since.

By Moscow’s lights, the Minsk accords guarantee the ‘republics’ a place in Ukraine’s structures of power and a de facto veto over its fundamental course. This is an outcome that Ukraine refuses to accept. So far, its ‘Normandy’ partners, France and Germany, refuse to accept it either, and this is no less true for the United States. Thus for Russia, the armistice is becoming an increasingly exasperating obstacle to the achievement of its objectives. That discrepancy exposes the hollowness of the second assumption: that so long as diplomacy and dialogue take place, conflict will not resume. Yet diplomatic stagnation and the ‘freezing’ of conflict are not synonymous.

Since the signing of Minsk-II, several war scares have erupted, none of them plausible and none of which bore fruit. The latest brandishing of sabres is different. Russia is losing the political initiative, yet it retains formidable military power. The combination of political necessity and military opportunity is never auspicious.

Since January, several warning indicators have appeared. But of what?

Lavrov’s 18 January press conference. After stating that France and Germany ‘are simply unable (or unwilling) to exercise influence on their wards [podopechnykh] in Kyiv’, Russian Foreign Minister Sergey Lavrov issued an ‘ultimatum’: ‘If the setting (ustanovka) [does not change], then we will rearrange our actions accordingly’. In agreement, the Kremlin-friendly analyst, Igor Shatrov, invoked the solution to the recent Karabakh conflict: direct insertion of Russian peacekeepers. 7

Calls to annex the Donetsk People’s Republic (DPR). On 28 January, at the forum ‘Russian Donbas’ convened by the DPR leadership, Margarita Simonyan, Chief Editor of the Russian state TV channel Russia Today, trumped the conference hosts and announced: ‘The people of Donbas want to live in their home and be part of our great, bountiful Motherland…. Mother Russia — take Donbas home!’8

Shortly after the July 2020 cease-fire went into effect, Russian and proxy forces intensified their employment of drones and activated sniper groups along the contact line. Nevertheless, for some weeks, the intensity of combat was less than it had been before. But since the new year, the number of sniper groups has multiplied (ten to twelve deployed directly from Russia), attacks have intensified, and by February operations became continuous. Since 27 July 2020, 45 Ukrainian servicemen have been killed in action, 21 of them since 1 January. On 3 March the ‘national militia’ of the DPR announced that they would launch pre-emptive strikes in defence against ‘Ukrainian terror’.9

In recent weeks two themes, each more lurid than the other, have risen up the scale of Russian media coverage: Ukrainian massing of forces for a decisive offensive and the certainty of devastating Russian reprisals, threatening (in words that state propagandist Vladimir Solovev attributed to Putin) the survival of Ukrainian statehood. Several Russian military specialists now speak openly of ousting Ukraine from the Azov Sea and moving forces to the Dnipr. 10

Given these factors, what is least and most likely to happen?

Of all possible scenarios, the annexation of Donbas is the least likely. Were it to take place, the Minsk accords, very much weighted in Russia’s favour, would fall to the ground. So would any prospect of reintegrating the republics into Ukraine on Russia’s terms. Russia would thereby lose its most direct means of influencing Ukraine’s future trajectory. Doubtless for these reasons, Peskov immediately and sharply disavowed Simonyan’s remarks.11

The launch of full-scale military operations analogous to the Russian combined arms offensives of summer 2014/winter 2015 is less unlikely but still implausible. The scenario runs afoul of three obstacles. First, as noted by the Ukrainian expert, Mikhail Zhirokhov, the invading forces would need to traverse an urbanised zone or natural obstacles that provide only two or three points at which forces could be introduced. Moreover, the encroaching muddy season [rasputitsa] is inhospitable to large-scale operations. Second, such an operation requires hundreds of tanks and a large tail of diesel tankers, difficult to conceal. Photo-reconnaissance of columns of forces heading from Rostov to Ukraine are consistent with localised operations, but not deep penetrations across the demarcation line. Third, as noted by Mikhail Samus, for all its shortcomings, Ukraine’s army is not the army of 2015, and it would offer proper resistance.

A localised escalation, dramatic and devastating, leading to the deployment of Russian ‘peacekeepers’ on the current demarcation line, is probably the most realistic option. In the view of Sergiy Garmash, its aim would be to create a ‘new reality’ and ‘reformat’ dynamics in the region. It would have the merit of preserving existing territorial arrangements, at least outwardly, yet it would allow for the revival of military operations ‘at any moment required by Moscow’.12 Moreover, it is the one military option that fits observable evidence: the movement of forces from Russia and the mobilisation of local reserves.

Nevertheless, it requires a convincing pretext, in other words a Ukrainian attack (if only the ‘retaliation’ that Kravchuk has called for since 4 March). The likely purpose of today’s creeping escalation is to engineer just such a ‘provocation’. In 2017, a Russian general (GRU, ret’d) warned the author that Russia might deploy ‘peacekeepers’ if Ukraine did not meet its obligations. Then the option was judged to be impractical. Today, options are perceived differently.

Defence Minister Sergey Shoygu’s recent weekend in the taiga with Putin suggests that such an operation might be weeks away or less. What we can assume with confidence is that he did not travel there to discuss meteorites, drink beer and walk in the forest, as Russian media have reported.13

That a major escalation might rally Ukraine and revitalise Western support for it is eminently possible. But that does not diminish its probability. One looks in vain for signs that experience has refuted the orthodoxy that ‘compelling [Ukraine] by force into brotherly relations is the only method historically shown to be effective’.14 It is also possible that these rumours of war will dissipate as others have in the past. But if not, no one should be surprised.

Views expressed in ICDS publications are those of the author(s).

1 Whilst France and Germany did not sign the accords, President Hollande and Chancellor Merkel negotiated them together with President Poroshenko and President Putin. The ‘representatives’ of the so-called Donbas republics were not present during the negotiations and played no part in them.

3 US Dept of the Treasury, www.treasury.gov/press-center/press-releases/Pages…; Government of Canada, ‘Sanctions List’, www.canada.ca/en/news/archive/2014/03/sanctions-li…