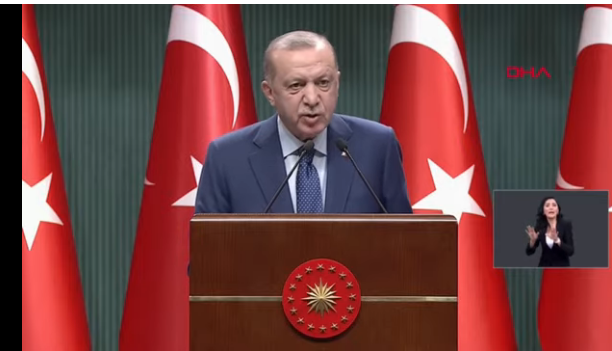 Turkey has recorded 37,303 new coronavirus cases in the space of 24 hours, the highest number since the beginning of the pandemic more than a year ago, health ministry data showed on Tuesday.

The government had said on Monday it would tighten restrictions on movement and gatherings because of rising infections, less than a month after easing them.

President Tayyip Erdogan announced the tightening, including the return of full nationwide weekend lockdowns for the holy Islamic month of Ramadan.

The latest daily death toll was 155, bringing the cumulative toll to 31,385, according to the data.

Health Minister Fahrettin Koca told reporters in parliament that new variants of the coronavirus, which officials have blamed for the spike in infections, had now been seen in every province.

“Currently, the rate of the mutations in Turkey has reached some 75%. In some provinces, it is at around 50-55%, but there are provinces where it is at 95%,” Koca said.

Turkey’s Health Ministry on Tuesday announced the latest weekly infection rates of the novel coronavirus across Turkey’s 81 provinces on March 20-26.

According to the data, Turkey’s Black Sea province of Samsun continued to have the highest weekly case total with 586 per 100,000 people.

The southeastern provinces of Sirnak, Siirt, Sanliurfa and Mardin and eastern province of Van had the lowest COVID-19 infections per 100,000 people between the given dates, with Sirnak having just 13.

Opposition parties and other critics condemned President Tayyip Erdogan and his government last week for organizing a congress for the ruling AK Party with thousands of people, many of whom were seen violating social distancing rules, not wearing or improperly wearing masks.

Koca dismissed the criticisms and called for more vigilance from Turks. “We must show a bit more effort in protecting those in risk groups and limiting close contact. Until when? At least until vaccination is finished,” he said.

Turkey has until now been using COVID-19 vaccines developed by China’s Sinovac Biotech Ltd and has carried out 15.67 million inoculations, with 8.88 million people having received a first dose, since Jan. 14 when the nationwide rollout began.

President Erdogan promises enough vaccines by end of “May or June” to reach herd immunity, but his government refuses to release data on orders or firm contracts for delivery.

Erdogan government is also coming under heavy fire for inadequate financial aid to restaurants, cafes and bars which will be shut down durign the holly month of Ramadan. Each restaurant will get an additional TL1,500, or roughly $200 for the month.

President Erdogan announced tighter measures against the coronavirus on Monday, citing the rising number of high-risk cities across the country.

Erdogan said a full weekend lockdown was to be in place during the month of Ramadan, and restaurants would only serve as delivery and take-out. A curfew that is implemented between 9 pm and 5 am across the country was continued.

Erdogan reiterated his call for lacks to bring their under-the-mattress hard currency and gold holdings into the financial system to achieve a “win-win” situation.