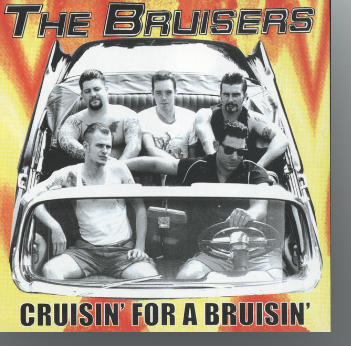 Restaurants have invested in wipe-clean menus so they can update their prices daily. Taxi drivers are asking passengers to top up their fares to meet rising fuel costs. A cappuccino that cost 20 lira earlier this year is now 30 lira.

“It’s ridiculous,” said Osman, who runs a local coffee shop and is trying to keep up with Turkey’s runaway inflation — officially at a 20-year high of 70 percent and, according to the independent Inflation Research Group, more than double that.

Yet as anxiety courses through the country and elections loom in 2023, President Recep Tayyip Erdoğan’s rhetoric has only become increasingly uncompromising, rejecting calls to change monetary policy in the face of voters’ financial fears.

Instead, Erdoğan is looking abroad to help solve his country’s problems, partly out of economic necessity, and partly out of political expediency.

In Ukraine, Ankara has emerged as a major military supplier to Kyiv, while also positioning itself as a diplomatic power broker and refusing to adopt Western sanctions against Moscow. A major reason: Turkey has a large financial stake in both countries it wants to preserve.

And at the NATO summit in Madrid this week, Erdoğan made sure he was front and center, threatening to block Sweden and Finland from joining the alliance before backing down after they committed to helping Turkey thwart Kurdish groups — giving him a center-stage photo op.

Elsewhere, Erdoğan has riled up nationalist sentiment — a vote-winning strategy. By painting Greece as an external threat to Turkey’s territory, and Kurdish separatism as an internal one, he has created a sense that the country is facing attacks that only he can protect it against.

This pattern of moves reflects Erdoğan’s rising leverage internationally. For geographic and geopolitical reasons, Western allies need Turkey’s cooperation. Its presence in the Middle East and along the Black Sea makes it an indispensable partner, even if it is an unreliable one.

“For the West, Russia is the crisis, Putin is the big threat, and all of a sudden that makes Erdoğan more important, more acceptable, and his excesses more tolerable,” said Karabekir Akkoyunlu, a lecturer in politics and international relations at London’s School of Oriental and African Studies (SOAS). “That gives him a freer hand at home, and gives him a sense of indispensability on the world stage, and he uses it to the maximum.”

Erdoğan is facing economic strife back home at an important moment.

Before the end of next June, he will have to ask voters to re-elect him for a third term, while his party, the populist AKP, will also be fighting to increase its share of seats in parliament after being deprived of an absolute majority in 2015.

Until now, polls have shown Erdoğan struggling to attract more votes than his rivals, who are expected to unite behind one candidate. Meanwhile, AKP maintains only a narrow lead over the main opposition party, the social-democratic CHP.

“Despite the fact the government controls much of the media and the judiciary, this is still an election where they can’t take victory for granted,” Akkoyunlu said.

And a teetering economy is threatening to make Erdoğan’s position more precarious.

Just along the Bosporus straits, Russia’s invasion of Ukraine has turned the Black Sea into a war zone, threatening food imports and crashing the global energy markets. Sluggish recovery from the COVID-19 pandemic and a major budget deficit has added to the problem, sending inflation and the cost of living skyrocketing.

Instead of launching a charm offensive, however, Erdoğan has stood by his long-standing monetary policy. While raising interest rates is the most orthodox approach to dealing with inflation, the Turkish leader has flatly refused, arguing interest is contrary to Islamic principles.

“Unfortunately, in some parts of our country, a state of dissatisfaction and pessimism has taken its toll,” the president said last month. “First of all, we should be grateful for what we have.”

While Turkey’s leader is being accused of inaction at home, he is taking a more and more assertive stance abroad, from Eastern Europe to Central Asia.

Yet Ankara has kept a foot in both camps.

Turkey has hosted talks between the warring countries over ending Russia’s blockade of Ukraine’s Black Sea ports, which has left much of the world’s grain languishing in warehouses. It has even offered to broker broader peace talks. But it has also kept open economic pathways for Russia, even at the expense of angering Ukraine, which accused Ankara of buying up grain Moscow stole from Ukraine.

Some of Turkey’s other foreign conflicts appear to have more to do with politics than economics.

Erdoğan has warned a new military operation against Kurdish forces in northern Syria could begin at any moment.  The offensive would play a dual role.

Ankara has long targeted pro-Kurdish independence groups on both sides of the border. It accuses the YPG militia, which controls much of Syrian Kurdistan, of having close links to bombings inside Turkey. An offensive against its forces would be both popular at home and crush the idea of a breakaway Kurdish state.

It would also help pave the way for Ankara to build almost a quarter of a million homes in the region for Syrian Arabs who have been displaced by the fighting. With economic pressures squeezing Turkish residents, anti-immigrant sentiment is rising to the point where migrant rights workers have warned of a potential “pogrom” against refugees.

Likewise, the long-standing dispute between Turkey and Greece over the Aegean Sea hit a fever pitch this month, with Erdoğan appearing to threaten military action and accusing Athens of deploying arms to islands in the disputed waters.

Akkoyunlu, the SOAS lecturer, argues the row is part of an effort to shore up the president’s support.

“Every election since 2014 has taken place in an environment of existential crisis — a narrative that says ‘dominate or die,’ and that has become more and more intense each time people go out to vote,” he said.

“Looking at the economic situation and the short-term outlook of the war in Ukraine, there’s no light at the end of the tunnel. The policies they’re pursuing mean inflation will continue to rise, life is going to get more expensive and more desperate for the average Turkish citizen,” he predicted.

“It is likelier than ever that the electorate will want to punish Erdoğan,” he added, “and some of the crises we’re seeing now to pressure the electorate are likely being artificially intensified.”