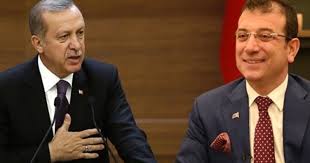 Turkey’s case numbers jumped suddenly on Wednesday to 3K range, suggesting that the Covid-19 outbreak is not yet fully under control.  Several leading members of the health community advised the government to institute universal anti-core testing and delay the reopening of the economy.  In particular, opening shopping malls as early as 11 May and tourism facilities by the end of the month are dangerous moves. President Erdogan may yet relent, but he is playing extremely dangerous political games with public health and economy. His approval rating and his party’s standing in the polls are inching down. He thinks by re-opening the economy before the epidemic is fully under control could relieve some of the economic distress,   and help him engineer a strong recovery in summer. He won’t achieve either goal.  Lacking trust in their government, consumers will reduce spending while small outbreaks over summer would further depress economic and political sentiment.