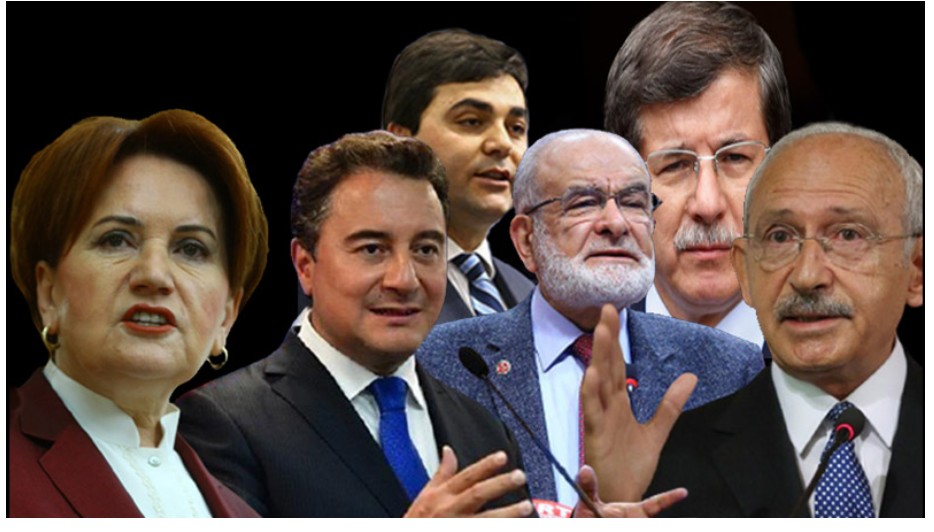 Six opposition parties who banded together for a return to a parliamentary system are now devising a plan for Turkey’s economic recovery. In a series of meetings between the parties – led by the main opposition Republican Peoples’ Party (CHP) and the İYİ (Good) Party – the alliance will propose a means of pulling Turkey out of economic disaster. The plan is widely seen as a “preparation for power.”

Turkey’s economy has reached new, unprecedented lows this week. The Turkish Lira sunk to an all-time low against the dollar, and official inflation is projected to be above 20% by year-end (experts predict that number is actually far higher). Rent and food prices have soared, and the Producer Price Index (DPPI) is up almost 50% year-over-year. Turkish monthly minimum wage after tax (2,800TL) is now valued at just over $251.

In the face of this economic turmoil, the six political parties that laid out plans for a return to a parliamentary system in Turkey last month are now working on plans to repair the economy. Last week, CHP leader Kemal Kılıçdaroğlu and İYİ Party leader Meral Akşener met to discuss the dire state of the economy and criticized the economic policies of the current government. They announced that the economic staff of the two parties would work closely together to determine the initial economic plan, then it would be opened to the other parties in the alliance – the DEVA Party, the Felicity Party, the Democrat Party, and the Future Party.

Members of these six parties have been meeting every week in parliament to flesh out the return to a parliamentary system. They argue that the Presidential System under President Recep Tayyip Erdoğan, established with the Constitutional Referendum in 2017, has amassed too much power under the presidency and has corrupted both politics and the economy.

The “economy desk,” as the new working group will be called, will also meet every week in parliament. The economic demands of each party will be brought forth by party economic experts and representatives will work to reach a common solution and plan.

At the top of the agenda is expected to be inflation, cost of living, and the currency crisis. İYİ Party Development Policies President Ümit Özlale said that youth unemployment needs to be also addressed.

“Youth unemployment is a very important problem. We have to deal with youth unemployment and the refugee crisis together. With the “economy desk” we created, topics such as the situation of companies, especially small-scale enterprises, will be discussed. Unfortunately, we are also going through a currency crisis, which will be among the most important items for the economy desk. The study will also seek agreement on how to achieve macroeconomic stability.”

Özlale said that the plan would show voters what the economy would look like, and how it would improve, were the opposition to come to power in elections planned for 2023.

“The aim is to show the voters that the opposition has finished its planning, to show people that there is a package that will solve Turkey’s problems. We want to send the message that we are ‘ready,’” he said.

Parties have already begun collecting data from tradesmen, businesspeople, and workers in the field. The experience of the everyday citizen in the Turkish economy, as well as their suggestions on how to fix it, will be incorporated into the plan.