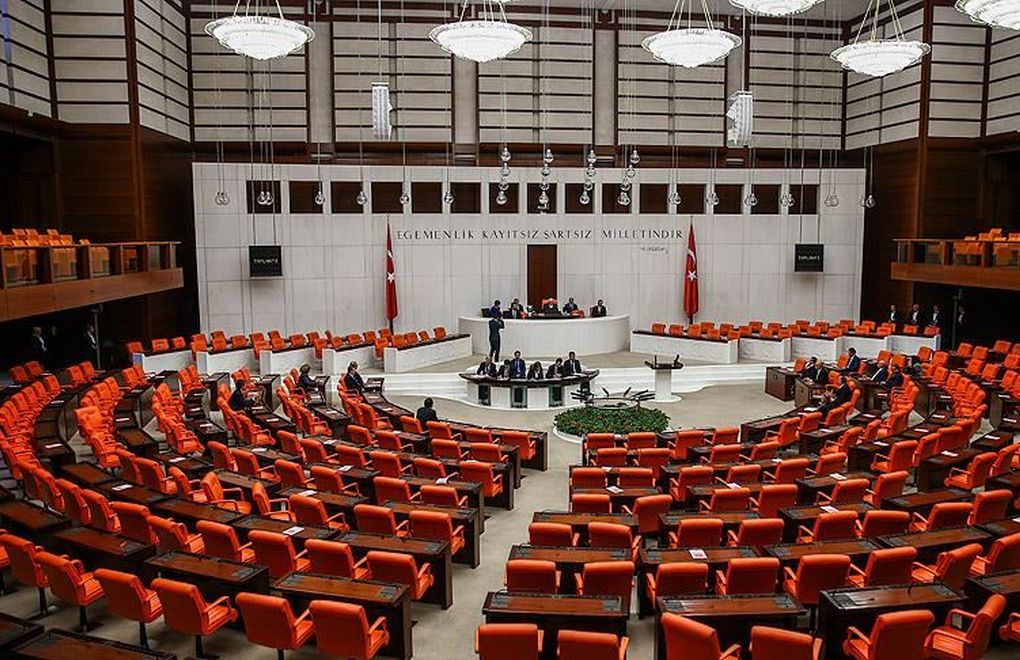 Speaking about the 25-article legislative proposal, the opposition has lashed out at the extension of the State of Emergency for 3 years.

Details from the omnibus bill

With this bill, the AKP wants to prolong the following practices introduced during the State of Emergency after the coup attempt in 2016:

* The regulations as to the expulsion of public officials from duty, their discharge, degrading and removal of professional titles as part of the fight against terrorist organizations will be extended for 3 years as of July 31.

* While it is aimed to prolong the article foreseeing the appointment of the Saving Deposit Insurance Fund (TMSF) as a trustee for 3 years starting from July 31, 2021, the duty of trusteeship is to be undertaken by the Fund in the event that a trustee is appointed as part of the investigations and prosecutions carried out into the terror crimes within these three years.

CHP: Reason for prolongation not cited in proposal

Main opposition Republican People’s Party (CHP) İstanbul MP İbrahim Özden Kaboğlu has criticized this prolongation of the duration when the State of Emergency practices will remain in effect.

Kaboğlu, also a Constitutional legist and academic, has asked, “What kind of a result has been obtained in the past three years, especially by extending the State of Emergency for 3 years, that there is a desire to prolong it for 3 more years? I cannot see the justification for this.”

CHP’s Kaboğlu has underlined that by the three articles included in the omnibus bill, a suggestion is made to “prolong the duration of the extra-constitutional and covert State of Emergency by law.”

“The shared expression in these three articles is an effective struggle against terrorism. Such a justification doesn’t go beyond being a discourse of political valor,” İbrahim Kaboğlu has protested further.

HDP: It means the chaos will continue

Peoples’ Democratic Party (HDP) Diyarbakır MP Garo Paylan has also criticized the AKP’s omnibus bill foreseeing that the practices of the State of Emergency will remain in effect for 3 more years.

“No one can get any better as long as the crisis of democracy continues, the government will not get any better, either,” he has said.

İYİ Party: Holding the elections in State of Emergency

Making a press statement at the Parliament, opposition İYİ Party Parliamentary Group Chair İsmail Tatlıoğlu has said that the motive behind the AKP’s omnibus bill is “to ensure that Turkey will have the next general elections in the conditions of a State of Emergency.”

“There are dozens of, hundreds of measures in the Constitution, laws and state’s functioning in Turkey. It is not right to restrict the areas of freedom further,” İYİ Party’s İsmail Tatlıoğlu underlined.

Referring to the “struggle against terrorism” cited as the reason for the introduction of the related three articles, Turan has said:

“We are the defenders of an ordinary state, not the State of Emergency. However, we are faced with an organization of almost 50 years. These steps are necessary to finalize the struggle against this organization, to eliminate all threats and to not allow them to get organized again. The threat is not yet over. But, technically, the State of Emergency was lifted in 2018. It was reviewed upon the needs of our institutions and requests of our ministries.”

After the articles of the omnibus bill are discussed at the Commission, the bill will be submitted to the General Assembly of the Parliament.