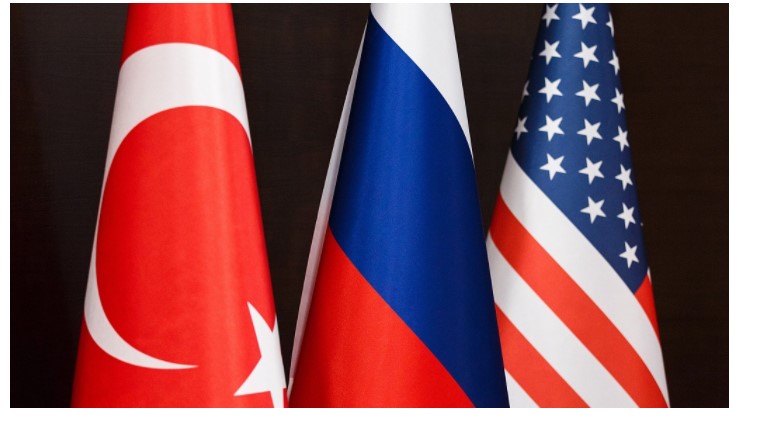 Ankara has pursued an opportunistic foreign policy since Trump was elected to presidency. Humored by Trump endlessly, President Erdogan saw no harm playing him against Putin, with whose nation Turkey has a working frenemy relationship.  The policy of dancing between US and Russia to get the highest bid for what is on offer is now running into deep trouble.  The two issues which will force Ankara to take sides are Syria and advanced weapons purchases.  President Erdogan hinted at a new military campaign in North-West Syria in retaliation of the murder of two Turkish policemen, for which he needs Russia to open the airspace.  He is also appealing to State Department to buy more F-16.  He doesn’t seem to realize that both Russia and US have sensed his weakness and  are likely not give him a pittance.

On Sept. 26, Erdogan said his country would consider buying a second batch of S-400 systems from Russia.

“Negotiations [for the second batch] are progressing,” a senior procurement official told Defense News. “The level [of talks] is strategic and political at the moment. We have not yet reached technicalities, financing and pricing.”   According to Turkish press, negotiations for the said details may start in November.

It is a testament to Erdogan’s diminishing mental health that a few day after this announcement, Ministry of Foreign Affairs sent a request to US to buy $6 bn wroth of F-16s and renovation kits.

“Anti-Turkey sentiment is rife on both sides of the aisle in the US Congress. Turkey tested its S-400s on F-16 jets during trials in November 2019, activating the radars of the Russian-made systems. The use of F-16s in such tests only aggravated congressional opposition to a large military sale to Turkey. So why would Ankara make a request that stands almost no chance of clearing Congress? Is it a diplomatic maneuver to justify Ankara’s rapprochement with Moscow to its domestic public and the international community?

Sources in Ankara told Al-Monitor that the Turkish government sees the request as one last test of confidence with the Joe Biden administration, stressing that the administration could convince Congress to approve the sale if it truly cares to keep Turkey from gravitating to Russia. The request is seen as a sort of a junction, with Ankara bracing for a new strategy, depending on Washington’s response”.

He is probably thinking of killing two birds with one stone, as buying more S-400s may work as a bribe for Putin to bless another military campaign in Syria.

According to Arab News, Erdogan’s bribe will be rejected:

After two Turkish police officers were killed and two others injured on Sunday in a missile attack on Azaz in northern Syria launched from the neighboring Tal Rifaat area by Syrian Kurdish People’s Protection Units, all eyes are on Ankara to see whether it will carry out a ground operation in the region.

Levent Kemal, a Middle East political commentator, does not expect an imminent Turkish ground operation in the Tal Rifaat region.

“Russia accords high importance to its military depth in Syria’s Aleppo province and Tal Rifat region is considered as the forefront of such a depth. In case Turkey insists on launching an operation to Tal Rifaat, it would probably have to offer something big in return to Russia,” he told Arab News.

Tal Rifaat has been at the center of Turkish-Russian negotiations for a long time, as the region is also known as an important logistical hub for Kurdish militias while attacks against Turkish troops have been mainly carried out from this region.

The problem is Turkey has nothing “big” to offer to Russia, which knows Erdogan spurned by US is a lame duck to be pushed around without granting any concessions.

Consider the most probable end-game: Congress slaps more CAATSA sanctions on Turkey for the purchase of a second batch of S-400s, while Turkey can’t use these in Syria, as Russian pressure escalates for its soldiers to withdraw.  A lose-lose proposition, caused by Erdogan’s duplicity parading as clever maneuvering.