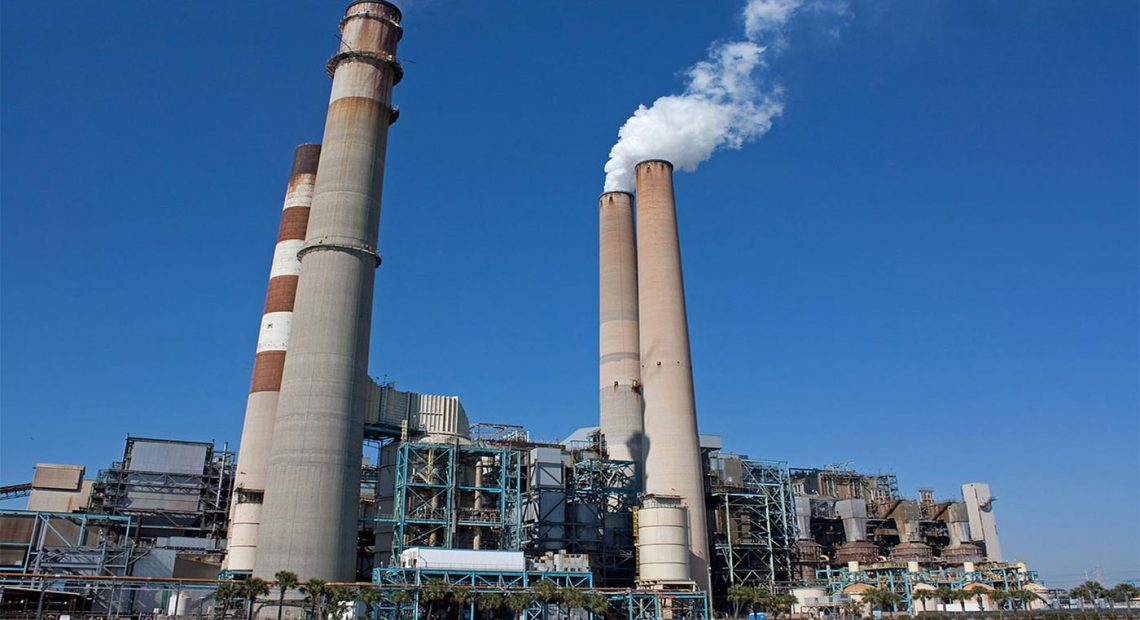 The latest PMI® survey data from Istanbul Chamber of  Industry and IHS Markit pointed to signs of a slowdown in the Turkish manufacturing sector during October as problems in supply chains limited demand and production. Meanwhile, raw material supply shortages and currency weakness also added to inflationary pressures.

The headline PMI remained above the 50.0 nochange mark for a fifth consecutive month in October, but dropped to 51.2 from 52.5 in September.

While strength of the export demand is the only major positive side of the data, cost increases in intermediate goods imports made to meet export demand due to TL’s continuing weakness is also weighing on Turkey’s manufacturing sector.  The expectation that supply problems may continue until late 2022 and the lack of reason for the TL’s value to increase indicate that the last quarter of 2021 will be challenging for the manufacturing industry.

This, of course, is leaving Turkey’s economy with growth and high inflation problems beyond 2021.

Signs of a slowdown were evident in the data covering output and new orders, which both moderated at the start of the final quarter of the year. Production was scaled back for the first time in five months, with difficulties securing inputs and unfavourable currency fluctuations constraining output. These factors also led new business to slow, albeit marginally. A lack of electronic components was mentioned in particular has having held back new orders. In contrast to the picture for total new business, new export orders continued to expand, and at a solid pace. 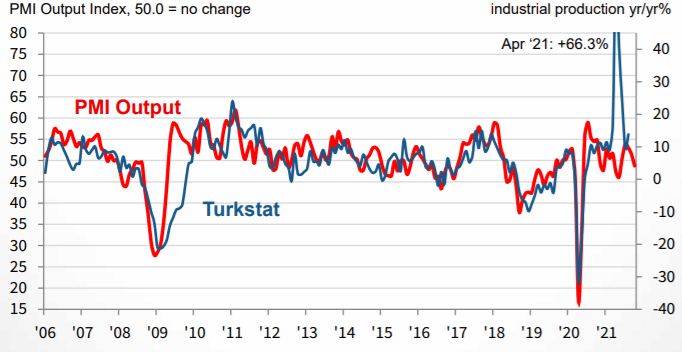 As well as restricting demand and production volumes, supply shortages also caused price rises. Input costs increased sharply, and at the fastest pace in three months. Currency weakness was also a key factor in the latest rise in input prices. In turn, firms increased their own selling prices, with the rate of inflation accelerating to the steepest since September 2018.

Efforts to guard against further price rises and a lack of material supply led to a third successive monthly increase in stocks of purchases. The rate of accumulation was only slightly softer than the
45-month high posted in September.

“The supply constraints that we have noted in recent months have really started to bite now and are actively limiting volumes of output and new orders in the Turkish manufacturing sector, with key items such as electronic components often unavailable.

“Where firms can source items, they are having to pay increasingly high prices,  with inflationary pressures added to by currency weakness.

“The fourth quarter therefore looks to be one filled with headwinds for firms, although one positive from the latest PMI survey was that new export orders continued to rise.”