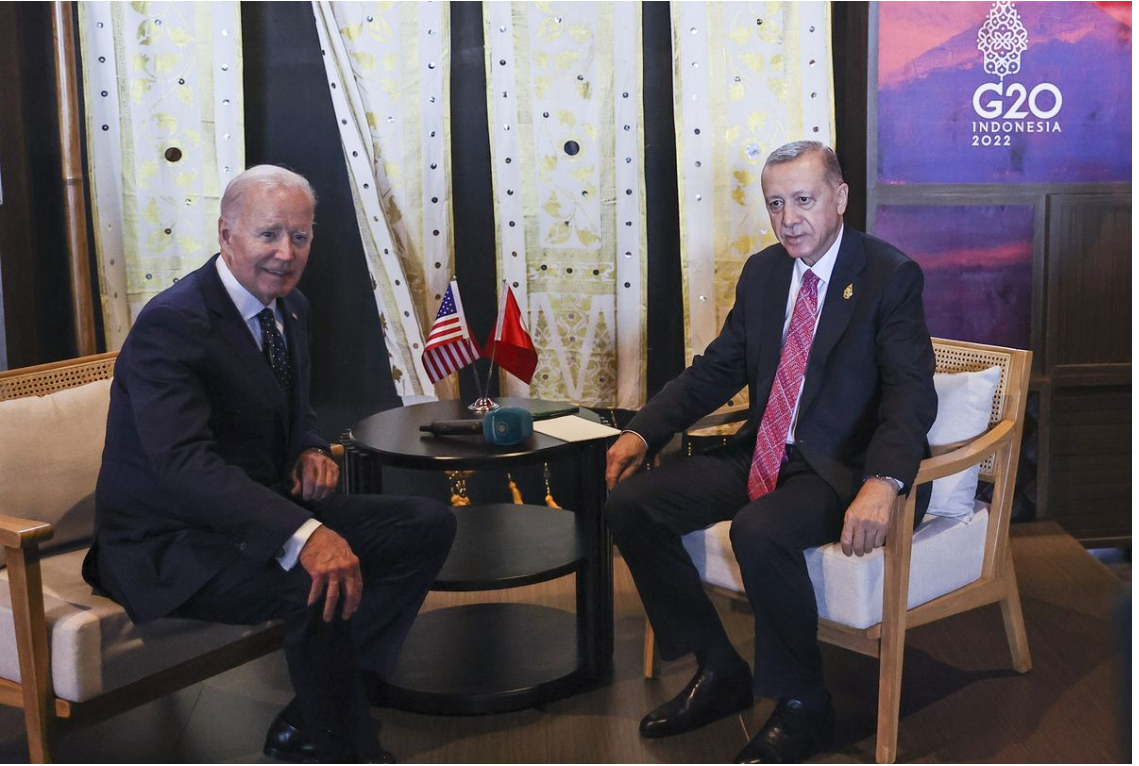 Biden in the meeting made clear that the U.S. stands with Turkey, which is a NATO ally, following a bombing in Istanbul on Sunday that left at least six people dead. Turkey’s interior minister had accused the U.S. of being complicit in the bombing, rejecting a condolence statement from the U.S. Embassy in Turkey, the Hill reported.

Turkey’s opposition press had suggested Biden will also warn Erdogan not to get too close to Russia, lest US-EU sanctions on the latter be extended to Turkey. We have so far no information that the topic had even come up. However, the final sentence of the  White House readout “The two also discussed continued close coordination on NATO Alliance issues, and other issues of regional and global concern” may mean the topic had been debated, but the  outcome of the conversation shall not be shared with the public.

Turkey’s interior minister said the condolence statement was like “a killer being first to show up at a crime scene.” Authorities had arrested a Syrian woman and while no groups have claimed responsibility for the attack, Turkish officials have blamed Kurdish militants.

Also, in the meeting on Tuesday, Biden expressed his appreciation to Erdogan “for his efforts to renew the Black Sea Grain Initiative, which they both agreed has been critical to improving global food security amid Russia’s war and that the Initiative must continue.”

These are the official  statements from the meeting.  Bloomberg provides some color,  but not much:

The two men met on the sidelines of the Group of 20 summit in Bali, Indonesia. Turkish media posted pictures of them together on Twitter, but the White House didn’t announce the meeting in advance and US journalists accompanying Biden to the G-20 weren’t allowed to cover it.

Asked for comment, White House spokespeople did not immediately respond. Biden didn’t respond to a question about the Erdogan meeting shouted at him during a subsequent event with Indonesia’s leader, Joko Widodo, and European Commission President Ursula von der Leyen.

The lack of a joint statements and refusal to answer questions may or may not mean that some salty exchanges have transpired between the two  leaders.