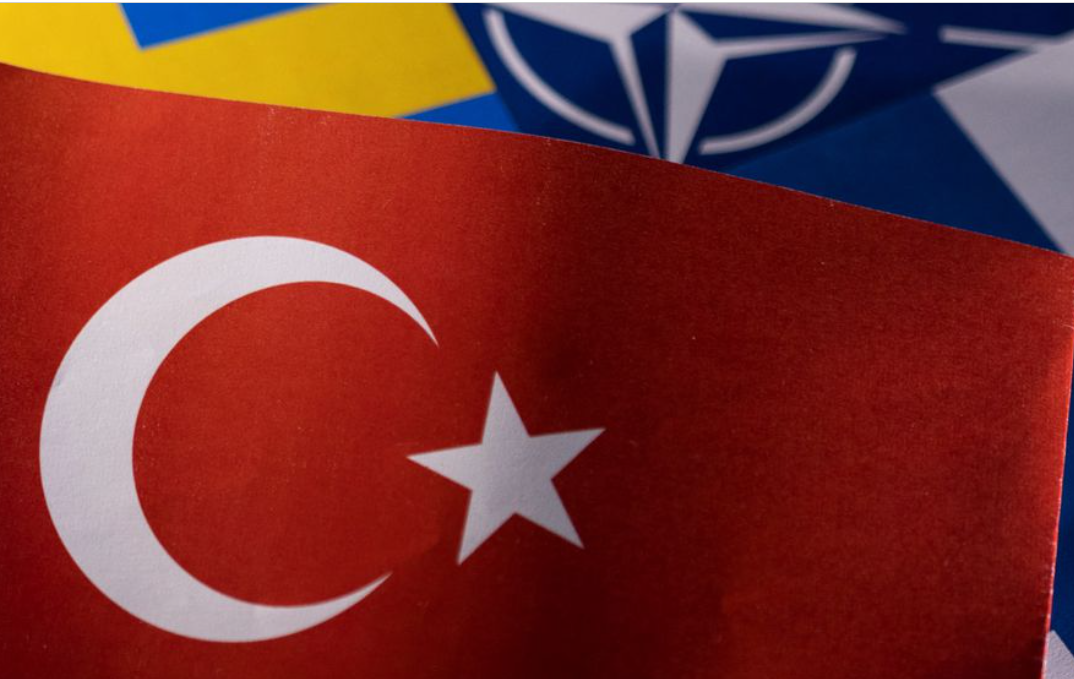 Turkey says it will now be pushing for the extradition of 33 “terror” suspects from Finland and Sweden, under a deal that lifted Ankara’s objections to the two Nordic states’ bids to join NATO. Turkish prop-AKP press reports events without commentary, as the opposition piles pressure on Erdogan for caving in to Biden without  any concrete returns.

Turkey would ask them to “fulfil their promises”, the justice minister said, according to a news article in BBC.

Ankara has accused both Finland and Sweden of hosting Kurdish militants. The Nordic states agreed late on Tuesday to “address Turkey’s pending deportation or extradition requests of terror suspects expeditiously”.

Finland and Sweden declared their intention to join the 30-member Western defensive alliance in May, in response to Russia’s invasion of Ukraine.

Turkey initially threatened to veto their application but after four hours of talks at the NATO summit in Madrid the three countries reached a compromise.  According to Turkish press, Erdogan was persuaded by US President Biden in return for a vague promise to expedite the sale of F-16s to Turkey.  NATO leaders are expected to officially invite Finland and Sweden to become members before the end of the meeting.

Russia condemned the expansion of NATO as a “strictly destabilizing factor”. “The Madrid summit affirms the bloc’s course at aggressive containment of Russia,” Deputy Foreign Minister Sergei Ryabkov was quoted as saying by Interfax news agency.

We will seek the extradition of terrorists,” said Justice Minister Bekir Bozdag, as Erdogan served notice that an invitation to join NATO doesn’t mean Turkish parliament will automatically ratify the treaty.

He called on Finland to hand over six members of the Kurdistan Workers Party (PKK) and another six from the movement of exiled Turkish cleric Fethullah Gulen. Turkey also wants 11 PKK members and 10 Gulenists to be extradited from Sweden.

The PKK, formed in the late 1970s, launched an armed struggle against the Turkish government in 1984, calling for an independent Kurdish state within Turkey. Meanwhile, the Gulenists are blamed by Turkey for a failed coup against President Recep Tayyip Erdogan in 2016.

While the PKK is considered a terrorist group by the EU, US and UK, they do not view the Gulen movement in the same light. Finland and Sweden have so far made no public comments on the Turkish request.

Under Tuesday’s trilateral memorandum, Helsinki and Stockholm agreed to “prevent activities of the PKK” and not support Gulenists. They also promised not to support the Syrian Kurdish Democratic Union Party (PYD) and its military wing, the People’s Protection Units (YPG) – which Ankara insists is an extension of the PKK.  According to Mr. Akif Beki, former spokesperson for Erdogan, now a conservative detractor, the memorandum does not contain language declaring YPG/PYD a terror organization.

The two countries also pledged to lift their restrictions on selling weapons to Turkey.

Finnish President Sauli Niinisto said the three countries signed the deal “to extend their full support against threats to each other’s security”, while Swedish PM Magdalena Andersson said it was “a very important step for NATO”.

President Erdogan’s office said it “got what it wanted”. But the deal was condemned by Kurdish activists. The opposition claims Erdogan got nothing in return for lifting the veto on Scandinavian enlargement, which may deter Erdogan from fulfilling his end of the promise.  This would be very unpleasant for Biden and NATO, which prematurely celebrated a major blow to Putin’s supposedly expansionist aims.