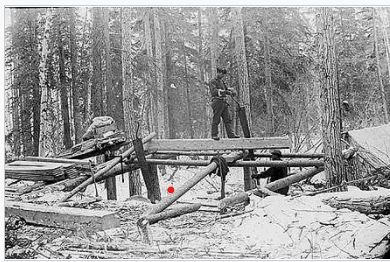 Dollar/TL pair is trading at 11.38-40 at 5 pm Turkey Time.   Despite the lira’s wild swings, which saw it gain around 20% against the greenback at one point on Tuesday, Turkey’s currency is still down more than 40% against the dollar year to date.

Despite the wild swings, which saw the lira gain around 20% against the greenback at one point on Tuesday, it is still down more than 40% against the dollar year to date.

In a speech Monday evening, Erdogan outlined steps to guarantee savings in lira, saying the government will step in and make up losses to lira deposits if their value against hard currencies falls beyond the interest rates set by banks.

It’s an unconventional approach chosen by a president with unconventional economic beliefs: Erdogan has long railed against interest rates, calling them the “mother of all evil” and insisting that increased rates cause inflation, rather than cool it down.

His longtime refusal to raise rates and apparent control over central bank monetary policy has played a large part in the lira’s historic plummet that’s seen it go from less than 4 to the dollar in 2018 to 18 to the dollar this week. Inflation in Turkey currently sits at 21%.

Concrete details on the president’s plan are still yet to be seen — and analysts are skeptical.

“The recent move is clearly very significant but it is also worth noting that the Lira only recovered the losses it made in the last two weeks and the depreciation year-to-date is still very sizeable,” Goldman Sachs analysts wrote in a note Tuesday.

On Thursday, a Financial Times article claimed the scheme is supported by back-door FX sales of state lenders. According to Turkish bankers, only $2 bn worth of FX has been converted to TL by residents.

Ultimately, the measures don’t appear to address the fundamental issues that have led to high inflation and currency depreciation in the first place.

And deposit holders with access to loans at rates similar to the national interest rate ”[have] the incentive to borrow to buy real assets or FX, given the current and expected inflation rates,” the Goldman analysts said, rather than hold more lira, as the government wants them to do. “Thus, we think that this measure is unlikely to structurally stabilize inflation or the exchange rate,” they added.

Piotr Matys, an analyst at InTouch Capital, which provides market information to institutions, similarly stressed that the root causes of Turkey’s currency crisis were going unaddressed.

Erdogan’s announced measures “have not addressed the underlying issues that underpin the bullish bias in USDTRY [dollar to lira],” Matys told CNBC. “Interest rates are too low with inflation well above 20% and set to accelerate further in the coming months after the lira plunged.”

Turkey’s government is “clearly determined to stay on course set by President Erdogan who insists that Turkey must change its economic model by lowering interest rates significantly to reduce its reliance on foreign capital,” Matys said. He added that a key question is “whether Turkish households have sufficient trust in the administration that they will be compensated for potential losses if they switch their savings from dollars into liras.”

Moreover, financial compensation for potential losses from the Turkish treasury or central bank are likely to be very costly. “This is a credit negative development as it puts additional FX risk on the public sector balance sheet,” the analysts at Goldman Sachs wrote.

“As long as the administration continues to implement Erdoganomics,” Matys said, “sustainable reversal in USDTRY is unlikely.”