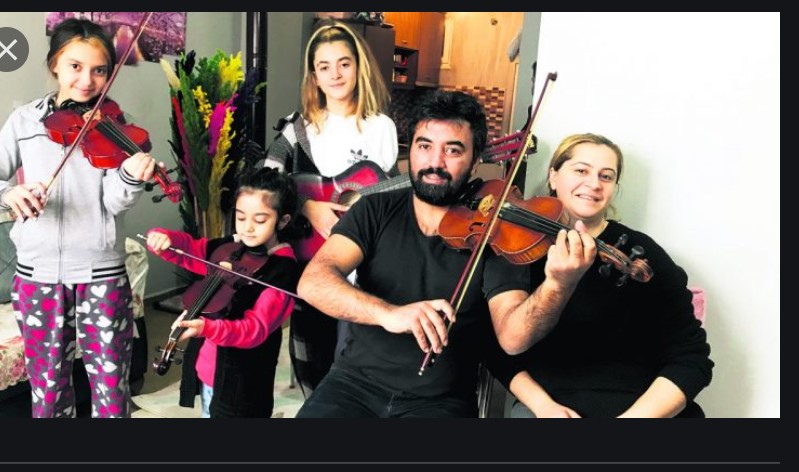 Turkey’s Covid-19 epidemic is in its 13th month with no relief in sight, as in April new records for daily cases and deaths have been reported. In the interim, almost every occupation in the service sector suffered. But, performance artists, who in Turkey derive most of their income from live shows are worst off. In a country where copyright laws are laxly enforced and CD sales are very low, many musicians, as well as actors and comedians are in desperate search of income and new ways of monetizing their art. So far no success.

The government has handed out modest paycheck of TL1.000-2.000 per month to some, which is a far cry from the usual income of these people.  Summer, needless to say is the peak earnings season for performance artists from theatres which tour Anatolia, to pop stars to small-time musicians who find work in Turkey’s numerous summer resorts spots to tide them over the rest of the year.  With vaccines rapidly running out and no new supplies firmly arranged, the outlook is dim  for an industry which has long been neglected by the state, even though one of the key indicators of development is culture and arts, rather than shiny airports and brand-new 10-lane suspension bridges. This interview explains the plight of Turkey’s long-suffering musicians.

Making music isn’t paying much these days. In Turkey, some of the country’s noted musicians have become emblems of hard times. Years of economic growth have given way to hardship, hardship that started before the pandemic and has worsened since. NPR’s Peter Kenyon reports from Istanbul.

PETER KENYON, BYLINE: Thirty-one-year-old Mert Baydeniz makes his living as a musician, or at least he used to before the coronavirus turned his life upside down.

MERT BAYDENIZ: (Through interpreter) We live on the money earn onstage. But with the pandemic and the poor economy, that came to an end. There’s something like 4.5 million musicians in Turkey. For 99% of us, life has just stopped.

KENYON: Baydeniz managed to find a job as a driver, but he says some of his colleagues couldn’t cope with the crushing economic impact of the pandemic.

BAYDENIZ: (Through interpreter) I know people who grew ill because of the stress and some who even took their own lives. We are crying out, but we’re getting nothing from the government or anyone else. We’re dying. That’s it.

KENYON: One of the musicians Baydeniz knew was Mehmet Mert El, a percussion player. Turkey’s BirGun news outlet reported earlier this year that after a year out of work, he, quote, “ended his life due to financial difficulties.” It’s one of several reports like that. Engin Akinci is a record label owner who has seen some of that suffering. He began representing musician Ergin Nasuholu when he moved back to Istanbul after years of successful touring in Europe and the United States. He says when COVID restrictions closed down music venues, Nasuholu cut himself off from family and friends. Akinci gave him the use of his family’s summer house in hopes it would bring him some peace and raise his spirits, but then one morning came the news that Nasuholu had ended his own life.

ENGIN AKINCI: I was devastated, you know?

KENYON: Experts say there are often multiple causes for any case of suicide, and economic hardship can play a role. They also say coping skills, support and treatment can help most people who have had thoughts of suicide. Akinci isn’t blaming the government, but he believes the absence of a support network was a factor in his client taking his own life.

AKINCI: You know, they feel worthless. These guys are good musicians, good, solid people. And they were very proud of what they’re achieving, and this COVID took everything from them.

KENYON: The pain has, of course, spread well beyond musicians.

KENYON: In Istanbul’s Grand Bazaar, the stores are largely empty. Carpet seller Erol Avci estimates that since the pandemic hit, business has been down 90% while the cost of living rises.

EREL ABDULLAH: People are making sacrifices of their salary to be able to continue working. You know, they get half their salary, but they have to spend more money for the cost of life.

KENYON: Economics professor Timur Kuran at Duke University says Turkey has done less than other countries to support people in the hardest-hit professions.

TIMUR KURAN: So one of the reasons why musicians, among others, have been desperate is that they’ve received very little help from the government.

KENYON: In Kuran’s view, the economic pain combines with the strain of living in a country he says is less free under the current government, making people feel excluded and undervalued.

KURAN: That’s true not just of musicians but academics, journalists, novelists. I have many friends who would like to emigrate, and they would do so in a heartbeat if they could.

KENYON: Musician Mert Baydeniz is hoping that spring and summer will bring more work, but he’s not counting on it.

BAYDENIZ: (Through interpreter) If the economy doesn’t get better, people won’t be able to afford entertainment. In that case, the days I see ahead of us are totally dark. I don’t really have much hope.