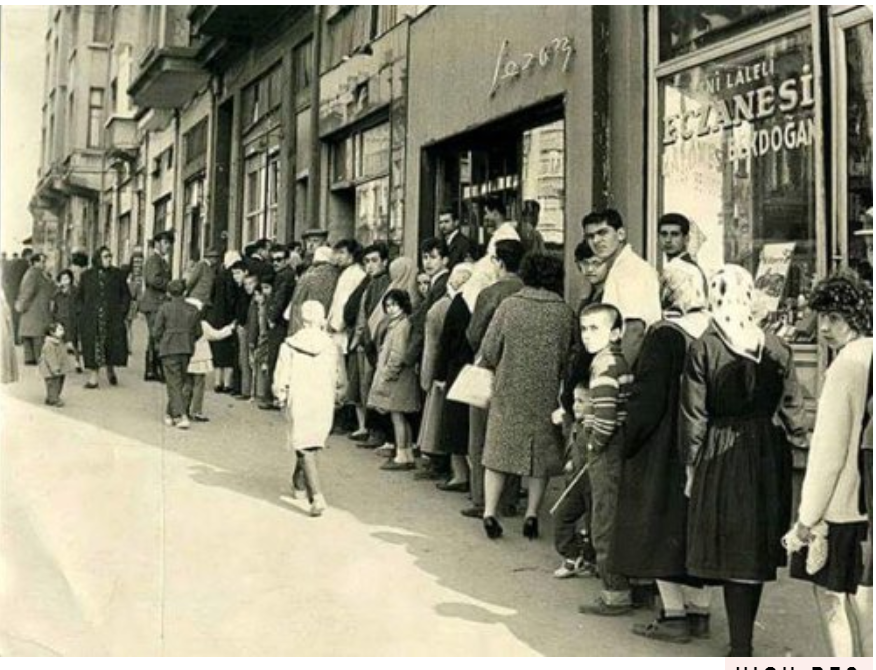 “There is no Economic War of Independence. They are trying to deceive people who are left with stale bread on their tables with the spin that they are defending their homeland,” Ali Babacan, the leader of DEVA Party, posted on the party’s Twitter account on November 23.

His words came just after President Tayyip Erdoğan declared “Economic War of Independence” in his speech after the cabinet meeting on November 22.

When Babacan, who had parted ways from AKP after being Erdogan’s economy captain for years, posted this message, 1 US dollar was worth 12 Turkish Liras (TL) while 1 Euro was 13,70 TL and 1 gram of gold worth 700 TL. No one had any idea where the free fall would stop. Turkey is familiar with this economic picture from the 1990s, when the decisions of Tansu Çiller on April 5, 1994, followed by a record fall of Turkish Lira and inflation. But at the current state, we start to ask if we are in similar conditions of the 1990s or even darker years, the 1970s?

Erdogan’s “Economic War of Independence” rhetoric had other connotations for me. The President considers himself the commander-in-chief of this economic war, against whom it is unclear. Now that it is understood that we have asked the Directorate of Religious Affairs about everything, what is next if this move does not work? An Economic Jihad?

“Independence War” every time you get stuck?

I said, “if this move does not work”, because Erdogan had declared the “Economic War of Independence” before. This is Erdogan’s Second Economic War of Independence, and as we can see today, the first one failed. The President had first declared the “Economic War of Independence” on October 16, 2018, at the AKP Parliamentary Group Meeting, when the US Dollar was still 5.77 TL. You might recall that, before the June 24, 2018 elections, Erdogan promised that he would “lower the exchange rate, inflation and interest rates” if he gets the power once again. After being elected in the first round, thanks to MHP leader Devlet Bahçeli, one of the first things he did was combining the Treasury and Finance and entrusted it to his son-in-law, Berat Albayrak, who jumped off the train two years later when the US Dollar was 8.32 TL. It was when he and Albayrak put into practice the idea that “interest is the cause of inflation”. Does a president declare a war of independence every time he gets stuck? Maybe he wants to take advantage of Atatürk’s reputation, Turkey’s only real leader of the War of Independence, but isn’t it too late now?

Against whom, how and with what weapon?

The war now seems to be declared against the windmills. By “economists of mandate (ulterior motive)”, he cannot mean only those who criticize the situation within the framework of academic economy knowledge. Between the lines, it is clear that he sees the USA behind those who try to overthrow him. Then what does he think he could solve if he could have a one-on-one meeting with the US President Joe Biden that he is so insistent? Against whom, how and with what weapons will Erdogan fight this war? By new bank operations or deposit operations? Or, since we are at war, by opening defamation and criminal cases against those who make comments on the economy that the government might not like as if they acted in “treason”? Will we be surprised if TVs are restricted from broadcasting exchange rates and economy programs soon? Don’t you think they would legitimize this move by saying that we are at war?

So if that doesn’t work, I’m asking if there will be an economic jihad next. TÜSİAD Chief Economist Gizem Öztok Altınsaç wrote that “the rate cut is not reflected in the loan rates, the risk premium and the distrust in the economy are increasing, we are getting poorer”. Let alone the labor unions; we are passing through the days when employers’ organizations declare their distrust due to the concern of impoverishment.

Turkish production is getting cheaper, too

Until yesterday, Erdogan was looking for two countries other than the USA behind the plots he said were set against him: the United Arab Emirates (UAE) and Israel. Today, the doors of friendship with both of them seem to be opened. The highest level of contact was established with Israel through a spurious spy hunt. Erdogan spoke on the phone with Israeli President Yitzak Herzog and then Prime Minister Naftali Benet. UAE (Abu Dhabi) Crown Prince Mohammed bin Zayed al Nahyan will be in Ankara on November 24. The development of relations with the prince, who is known internationally for his antagonism to Turkey and is called MBZ for short, will be discussed. It’s nice that the winds of friendship are blowing in the region, isn’t it? Just when foreign direct investments have dwindled, no one from the West can be found to invest in Canal Istanbul and similar crazy projects. Moreover, the Turkish Lira has been left in free fall, not only the Lira, but also Turkey’s valuable production facilities, factories and companies have become disastrously cheap and can be bought for three cents with a foreign currency account.

Why this sub-title? Because in the 1990s, price tags were changing every day, as in the 1970s when the coalition governments made the country  in “need of 70 cents”. There were circles of power that fueled political polarization. But even though it was expensive in the 1990s, there was no shortage of goods, hoarding and partially selling the foods as it was in the 1970s. The polarization and bad economic management of the 1990s paved the way for the 2000-2001 financial crisis and then the AKP government.