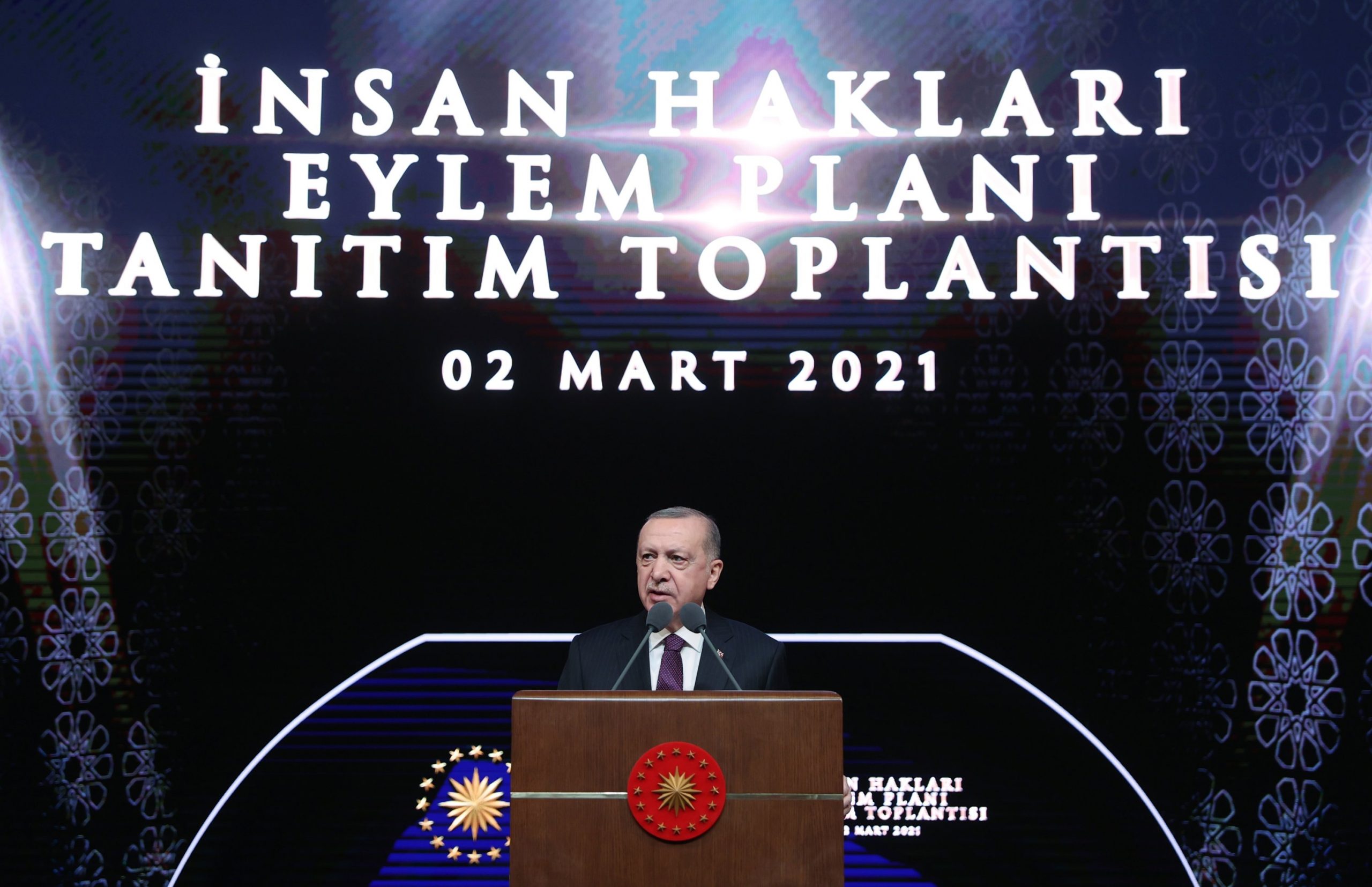 Hours after the removal of one of its MPs, Ömer Faruk Gergerlioğlu from the parliament on March 17, the Chief Prosecutor of the Supreme Court of Appeals filed a lawsuit for the closure of the Kurdish-problem-focused Peoples’ Democratic Party (HDP). In the indictment he sent to the Constitutional Court, the Chief Prosecutor Bekir Şahin claimed that the HDP “aims to destroy and eliminate the indivisible unity of the state with its nation”. The HDP closure case and the removal of Gergerlioğlu, renowned for bringing human rights issues to the Parliament, followed the law and democratization package announced by President Tayyip Erdoğan under the title of Human Rights Action Plan on March 2. Saying that, “Turkey’s place is in the European Union”, Erdoğan had signaled to the West about moves to upgrade the quality of democracy.

Another importance of the closure case in terms of timing is that it was opened on the eve of the Congress of the Nationalist Movement Party (MHP) on March 18, whose leader Devlet Bahçeli is Erdoğan’s election ally and de facto government partner. Bahçeli has been asking for the closure of the HDP for a while claiming that it was the legal front of the outlawed Kurdistan Workers’ Party (PKK), waging a bloody campaign in Turkey for nearly four decades.
However, this demand led to the reaction of the ruling Justice and Development Party (AKP) Deputy Chairman Numan Kurtulmuş, who opposed a method such as closing the party. With the closure case filed against the HDP, Bahçeli is going to the 18 March congress as the leader who had what he said.

Erdoğan shooting himself in the reform foot

The closure file against the HDP does not only mean to attempt to push the third biggest party in the Turkish parliament out of politics through non-political ways. At the same time, it overshadows Erdoğan’s reform promises to domestic and international parties. Erdoğan, who has already received answers to his promises such as “Nice words but let’s see the concrete steps” will have a harder time facing the criticisms from both the USA and the EU that he wants to fix the gap.
The lawsuit undermines the reforms that Erdoğan has vowed for. Although the President, who will also chair the AK Party Congress on March 24, may say “it’s an act of the independent judiciary”, but the perception inside and outside Turkey will be that the action is not independent of him. The HDP’s closure case also signals that the politics will get even tougher.

The way that you don’t want to be treated