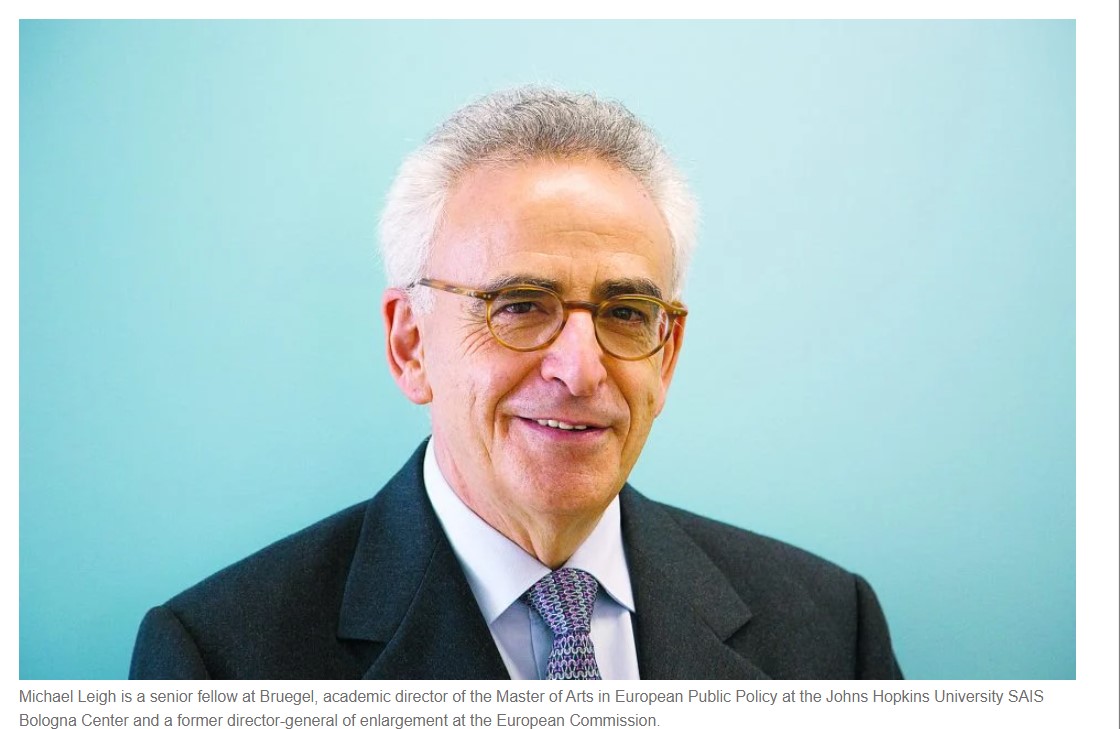 Turkey’s freedom to maneuver in foreign policy is likely to be significantly curtailed under the administration of US President Joe Biden, according to Michael Leigh. A senior fellow at Bruegel, he is academic director of the Master of Arts in European Public Policy at the Johns Hopkins University SAIS Bologna Center and a former director-general of enlargement at the European Commission.

Speaking to Kathimerini, Leigh explains the new limits on Ankara’s regional ambitions, the likelihood of a pro-Western shift in Ankara in the post-Erdogan era and the European Union taking a more critical stance vis-a-vis Turkey.

Asked about the recent standoff in Ukraine, Leigh says Russian President Vladimir Putin was “testing Biden.” “We are going to see much more tension between Washington and Moscow than we’ve seen until now,” he foresees.

“Turkey has tried, with [Donald] Trump’s tacit consent, to play the role of a regional power, with close links to Russia and other countries in the Middle East; to play its own game, to a very considerable extent. They had a lot of scope to do that under the Trump administration. Biden is likely to be much more critical. If Turkey continues to deploy the S-400s and believes it can bring pressure to bear on Washington and on Brussels through this kind of military engagement with Russia, it is likely to be disappointed. There will be a sharp reaction.”

Leigh argues that the new administration’s desire for closer coordination with the EU on Turkey is of a piece with its wider strategy of restoring the transatlantic alliance of values and harnessing its strength in dealing with major authoritarian players like Russia and China.

“Each of these three cases is different; but they all pose the challenge to both Washington and Brussels of how to combine concern over the rule of law, democracy, human rights, with a more pragmatic approach to cooperation in areas of mutual interest,” he explains.

Looking at the short to medium term, he expects little substantive progress in the Eastern Mediterranean and Cyprus: “Many of [Turkish President Recep Tayyip] Erdogan’s foreign policy gestures now are with a view to the 2023 elections; he doesn’t want to be outflanked on the nationalist right.”

But beyond Erdogan? Is there reasonable hope of more pro-Western leadership? “It’s early days to say. One of the problems in recent years is that the opposition has been significantly weakened, whether it was because of the imprisonment of the HDP leader or because the CHP has proved to be more nationalist and less social-democratic than we might have hoped. For the time being, I don’t see a leader emerging who will appeal to the more pro-Western parts of Turkish society, which are concerned with gender equality, human rights, the rule of law and so on. But sooner or later such a figure will appear, and it’s more likely than that there will be a return to a more democratic and balanced form of government. The present slide towards authoritarianism, which is closely associated with Erdogan personally, will be reversed – as will the inclination to play the role of a regional power.”

On the other side, the European view of Turkey is, in Leigh’s eyes, in a state of flux, with German elections this year, French elections next year and a new prime minister in Italy. “[German] Chancellor [Angela] Merkel, in her last months in office, is concerned with her legacy, an important part of which is the EU-Turkey Statement on migration. For this reason, she is prepared to go a long way to accommodate Turkey. Now, I have no indication of any direct link between [the position of the chancellor] and the famous visit of the two EU presidents to Ankara, but their visit was consistent with it: They expressed a desire to extend the arrangement on migration and keep the idea of a positive agenda alive.”

“We do not know what the complexion of the next German government will be,” he goes on. “But I would not be surprised if in the future we do not see quite such an accommodating position from Germany. At the same time, [French President Emmanuel] Macron has taken a very critical view of Erdogan, he has had many confrontations with him. It is hard to predict how things will evolve, but the overwhelming concern of Berlin with accommodation, to some extent reflected in the positions taken by Brussels, is not necessarily going to continue.”