38% of respondents said that the AKP would be re-elected.

The AKP won 43% of the vote at the 2018 general elections. The polls keep reflecting a steady decline in support for Erdoğan’s ruling party especially due to poor economic performance, allegations of financial mismanagement, failures in handling the COVID-19 pandemic, criticism of his government’s response to a spate of forest fires and floods, and growing authoritarianism.

66% of citizens who voted for the AKP in the June 24, 2018 general elections said that the party would get re-elected, according to the MetroPoll survey. 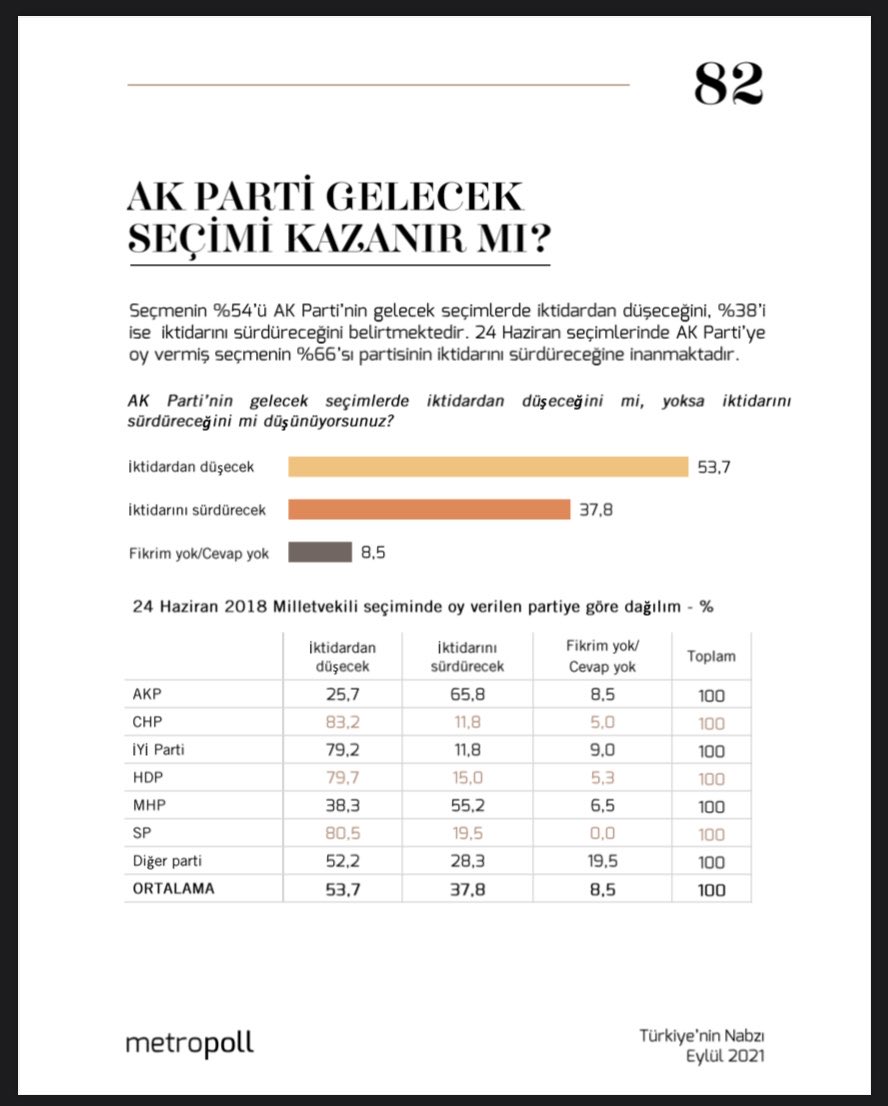