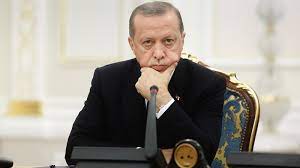 Support for Turkish President Erdoğan’s performance in office declined by 10.1 percent in August, dropping to 38 percent, pollster Metropoll found in its most recent survey.

Out of the survey’s 1,717 participants, 51.5 percent said they did not approve of Erdoğan’s manner of conducting his duties. Some 10.5 percent of participants did not respond.

Participants were also asked which party they voted for in the most recent general elections, held in 2018.

When asked what could have contributed to such significant declines, Metropoll founder Özer Sencar said the “cumulative effect” of wildfires, flooding and Afghan migrants coming in had been effective.

“If you ask me which straw broke the camel’s back, I’d say it was the wildfires. The government was caught unprepared and had a complete failure in putting out the fires,” he added. 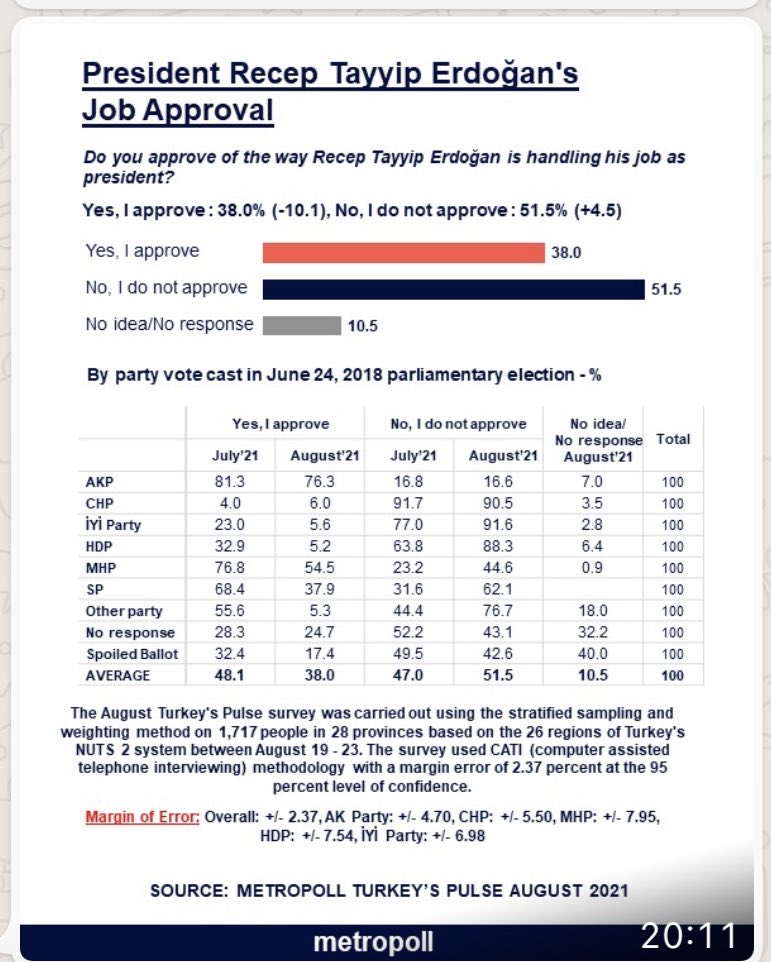 A total of 76.3 percent of Erdoğan’s ruling Justice and Development Party (AKP) voters said they approved of him. Among voters of Erdoğan’s coalition partner Nationalist Movement Party (MHP), 54.5 percent approve of the president.

Meanwhile, 90.5 percent of main opposition Republican People’s Party (CHP) voters said they did not approve of the president, as did 91.6 percent of centre-right opposition Good Party (İYİP) voters.

Erdoğan’s approval rating among voters of the Peoples’ Democratic Party (HDP), who are mostly Kurdish, plummeted to 5.2 in August, decreasing by 27.7 percent from July.

Voters of Felicity Party (SP), a conservative party that comes from the same tradition as Erdoğan, lost faith in the president by 30.5 percent in the same timeframe.