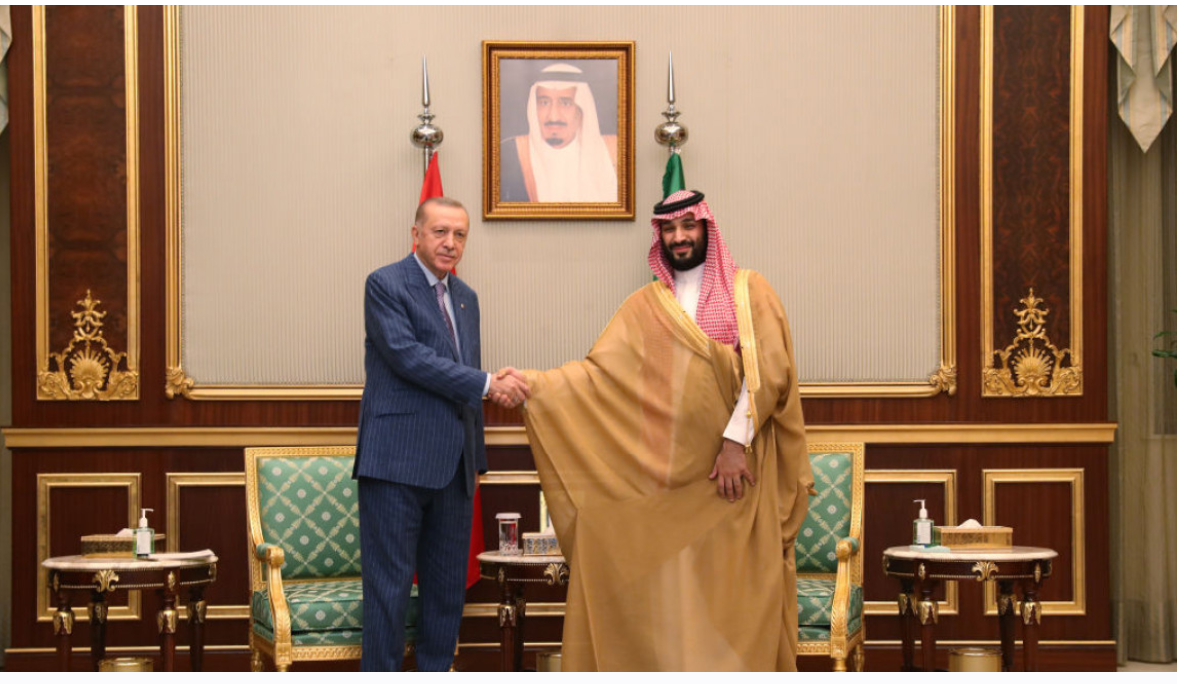 Saudi Crown Prince Mohammed bin Salman (MBS) will visit Ankara next week, Turkish President Recep Tayyip Erdogan has said, reports al Jazeera, as Turkey and Saudi Arabia put a bitter rift, which had made the two countries bitter opponents over the past few years, behind them. Turkish press repots confirm a state visit by Wednesday. Erdogan is expected to ask the Crown Prince for a Central Bank-to-Central Bank swap and new fixed investments in his cash strapped country. Will MBS oblige?  A swap is almost certain but  no Arab state will waste money on Turkey, when the opposition threatens to scrutinize all M&A deals with Arab nations concluded under Erdogan administration.

The visit, announced by Erdogan on Friday and scheduled for June 22, will be MBS’s first visit to Turkey since the brutal 2018 killing of Saudi insider-turned-critic Jamal Khashoggi in the kingdom’s consulate in Istanbul, which shocked the world and dealt a heavy blow to ties between the regional rivals.

“The crown prince will visit Wednesday, we will welcome him,” Erdogan told reporters.

“God willing we will have the opportunity to assess to what much higher level we can take Turkey-Saudi Arabia relations,” Erdogan said.

Further details of the trip by the kingdom’s de facto ruler will be announced “over the weekend”, a senior Turkish official told AFP news agency earlier.

The countries are expected to sign several agreements during the trip as Turkey looks to non-Western partners for financial support as soaring inflation bites.

Erdogan had already paid a visit in late April to Saudi Arabia, his first since Khashoggi’s murder, where he met MBS before travelling to Mecca.

Saudi agents killed and dismembered Khashoggi, a journalist who wrote for the Washington Post, in October 2018. His remains have never been found.

Turkey angered Saudi Arabia by vigorously pursuing the case at the time, opening an investigation and briefing international media about the lurid details of the murder.

Erdogan previously said that the “highest levels” of the Saudi government ordered the killing, although he has never blamed MBS directly.

But with ties on the mend, an Istanbul court halted the trial in absentia of 26 Saudi suspects linked to Khashoggi’s death, transferring the case to Riyadh in April.

Turkey already had strained relations with Saudi Arabia because of Ankara’s support for Qatar during the 2017 Riyadh-led blockade of the Gulf state, before Khashoggi’s killing led to a total freeze in relations.

Saudi Arabia responded at the time with an unofficial boycott of Turkish imports, putting pressure on Turkey’s economy.

Turkish exporters complained their goods were stuck at Saudi customs for longer than was necessary.  Recent news reports from Turkey suggest easier treatment for Turkish goods at the customs, but trade volume is yet to recover to pre-Khashoggi days.

Now with inflation reaching 73.5 percent in May and a cost-of-living crisis a year before a presidential election, Erdogan needs backing from Gulf countries, experts say.

“Turkey’s main concern would be getting Saudi funding to resupply central bank coffers that are dangerously low,” Asli Aydintasbas, a fellow at the European Council on Foreign Relations, said.

James Dorsey, a senior fellow at the University of Singapore’s Middle East Institute, said “both countries need this visit”.

While Turkey seeks financial investment, “Saudi may be interested in Turkish military technology, plus they are both competing for leadership in the region”, he said.

What Erdogan needs is an immediate cash infusion to help him turn the economy around, the poor conditions of which is losing him voter support. He would probably offer MBS some choice companies in the portfolio of the Turkish Wealth Fund, but Arab nation are unlikely to jump at the opportunity, in the face of the opposition swearing to scrutinize every sale of state property to foreigners or Erdogan’s cronies, if it takes power. Next elections are scheduled for June 2023.