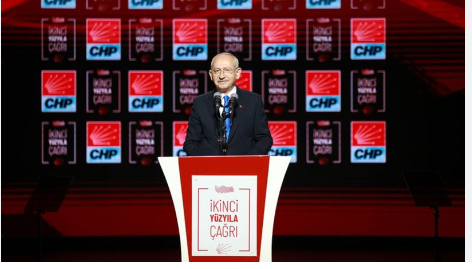 After days of gut-wrenching sales, Turkey’s volatile but lucrative stock exchange main index appreciated more than 5% today. We still don’t know what triggered the corrections exactly, but new measures by Turkey’s capital markets regulator Capital Markets Board (CMB) and the Istanbul Stock Exchange (Borsa Istanbul) Administration to check short-sales and destructive arbitrage  activities between the spot market and ETFs may have helped.

In the meantime, main opposition leader Kemal Kilicdaroglu reminded  CMB of its duty, which had along with Borsa Istanbul issued warnings to those who ‘lowered the stock market’

CHP Chairman Kemal Kilicdaroglu once again called upon the Capital Markets Board (SPK) to protect small investors in Borsa Istanbul.

In the press release published by the CMB regarding Borsa Istanbul, which has been fluctuating for days, it was noted that criminal sanctions would be imposed on actions that would “destroy the confidence and stability” of the capital market.

Upon this, Kilicdaroglu reminded once again the small investor  on his  Twitter account: “I am urging the CMB for the last time; Do your duty, protect the small investor. I give you a deadline until Monday. In this difficult economic conditions, I will not let anyone’s savings be stolen by  thieves.”

According to Bloomberg, The benchmark has plunged 16% since hitting a record last week and is by far the worst-performing equity gauge so far this year. Shares of Turkish Airlines — last year’s best-performing stock — and lender Akbank have led declines in 2023, falling 11% and 18%, respectively.

“Local investors that are trading with very high leveraged positions are selling in fear and panic,” said Haydar Acun, managing partner of Marmara Capital in Istanbul. “Even a small sale triggers a big impact as it disrupts the market.”

While Turkish stocks continue to appeal to local investors as a hedge against high inflation, last year’s almost 200% gain makes them more fragile in a selloff.

Did the government start a speculative frenzy?

Nurettin Nebati, Minister of Treasury and Finance, said on August 23, “The stock market is the market that promises the highest returns at the moment, stoking the rally in 2H2002, which had thus been interrupted with two short but very unnerving episodes of panic selling.

“It is very clear where our citizens will be channeling their savings,” he had said, recommending stock market investments to the citizens in very atypical behavior of Finance Ministers across the world.

One day after the cheerleading effort  of the Minister, things turned upside down in Borsa Istanbul, with  the banking index losing nearly 40 percent of its value in a short time after September 12.

Five of the eight suspects detained within the scope of the investigation launched in four Istanbul-based provinces following the manipulation allegations were arrested.

Kilicdaroglu had first warned the small investor on November 18, 2022: “You enter the stock market so that your savings are not crushed by inflation, but the real bait is in the inflated values ​​you see. Unfortunately, you will be the schemed.” The CHP leader has been sharing messages of caution to small investors since then.