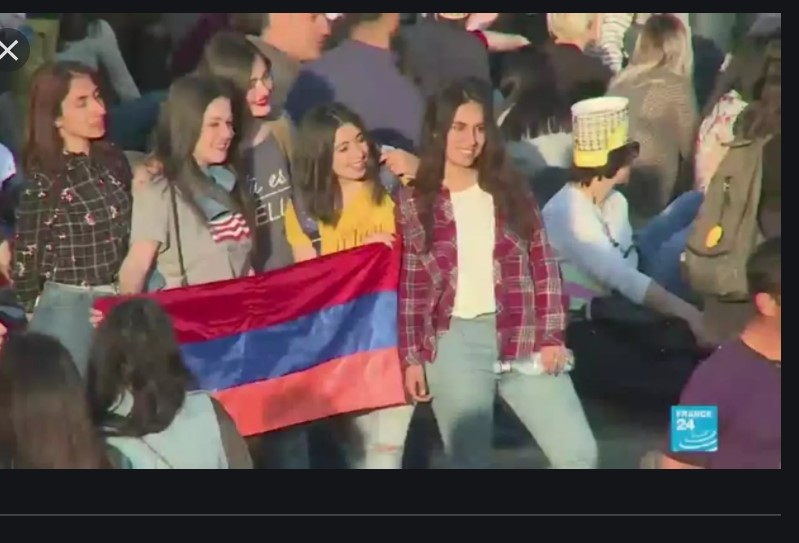 The move fulfills a campaign promise to Armenian-Americans, but risks pushing Turkey further into Russia’s orbit. Turkey has denied that its predecessors in the Ottoman Empire committed wholesale atrocities, calling the allegations “slander,” and suggesting that Biden’s declaration was more about domestic politics.

Turkey’s robust support for Azerbaijan in last year’s war with Armenia underscored how historical divisions continue to shape Ankara’s policy in the region. Ankara supplied weapons and, according to the UN, Syrian mercenaries to help its close ally Azerbaijan recapture much of the disputed territory Armenia had won in a war in the 1990s.

Erdogan has since mooted restoring relations with landlocked, impoverished Armenia, with which Turkey has no diplomatic ties after sealing the border in 1993 over the conflict with Azerbaijan. News reports have said Turkey might now retaliate against the Biden administration’s recognition of the genocide by punishing Armenia and shelving any rapprochement.

As vice president in the Obama administration, Mr. Biden never enjoyed an easy relationship with Mr. Erdogan, an autocratic leader who gave him an icy reception in August 2016. The two met a month after the failed coup in Turkey that Mr. Erdogan blamed on a Turkish cleric living in exile in the United States.

Perhaps more important, Mr. Erdogan’s closeness to President Vladimir V. Putin of Russia, Turkey’s testy relations with other NATO allies and its purchase of Russian antiaircraft missiles have irritated the Biden administration and both houses of Congress. And Turkey’s increasing economic problems under Mr. Erdogan may have made him less likely to retaliate against any American declaration that offends him.

US President Joe Biden became the first president to define the 1915 ethnic cleansing of Anatolian Armenians in the hands of Ottomans  as “genocide”.

As far as US goes, the story is over. For Turkey, the Armenian Diaspora  and Armenia proper, it is just starting.   Biden’s acknowledgement of the value-laden word genocide opens a Pandora’s Box of legal claims by descendants of those butchered by Ottomans or left to perish during the long march to Syria,  and further tensions between Turkey, Armenia and Azarbaijan.

It also remains to be seen whether   Erdogan and his ally Devlet Bahceli could ride the anti-American and Armenian sentiment to higher poll ratings.

One word has provided closure to the descendants of those who suffered in the hands of Ottomans, but may pave the way for many more who are still alive today.

PATurkey is currently following Ankara’s reactions. This report will be updated.