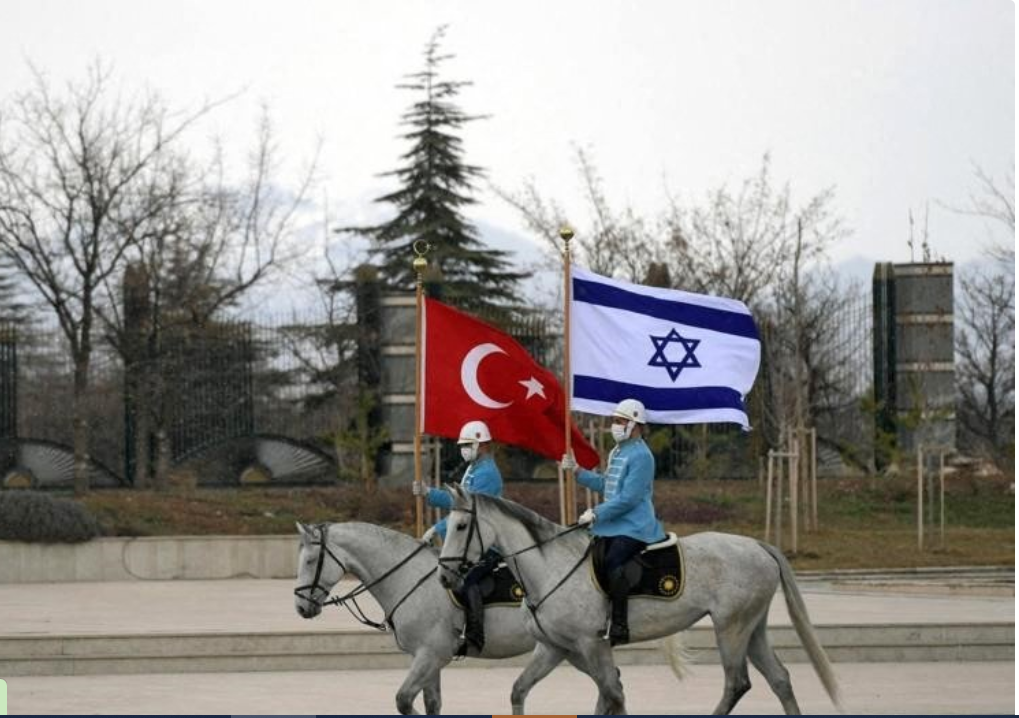 Israeli Defense Minister Benny Gantz has said that his visit to Ankara and talks with Turkish Defense Minister Hulusi Akar have opened the doors for cooperation between Türkiye and Israel, as he was about to depart from Türkiye.

Gantz, who had talks with Akar and was received by President Recep Tayyip Erdoğan, concluded his Türkiye trip and returned home. He became the first defense minister to have paid a visit to Türkiye since 2010 as another sign of the ongoing normalization of the bilateral ties.

“Doors for cooperation in the field of security have opened through this visit,” Gantz told reporters before his departure to Israel, private broadcaster NTV reported on Oct. 28. Israel sees Türkiye as an important actor, but ties were not that good in the past decade, the minister admitted.

“There was disagreement largely over the Palestinian issue,” he said. Türkiye had withdrawn its ambassador from Israel and asked Israel to do the same in 2018 after the Israeli security forces killed scores of Palestinians protesting the United States’ decision to remove its embassy to Jerusalem.

“We still have different approaches to the Palestinian issue. Israel is concerned about the security needs in the entire region and Palestine. But at the same time, we do understand Palestinians’ need for humanitarian assistance and economy,” the Israeli official said.