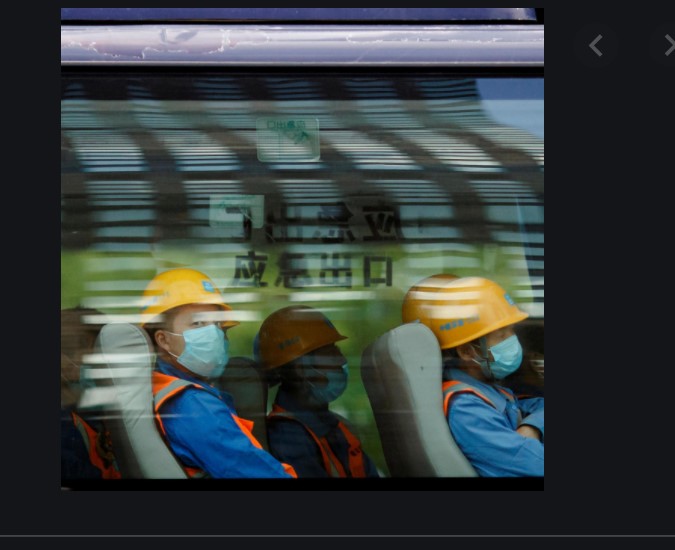 So far there is little sign that the current policies point towards a wholesale investment decoupling from China, with only limited impact seen on the stock and bond performance of individual Chinese companies that are politically sensitive, analysts said.

Nevertheless, new sanctions on an increasingly large number of Chinese names are not helping with inflows into China’s financial markets.

“Anecdotally, this has led some investors to not buy Chinese government bonds because of ESG concerns,” Gavekal’s He said. “If this becomes large scale, it means you are rejecting direct investment into China which would have serious implications. It is something that I’m worried about.”

A number of Chinese internet companies have adopted an official schedule requiring their employees work from 9am to 9pm, six days per week, which critics coined as the 996 work culture, with the deaths earlier this year of two employees at e-commerce platform Pinduoduo sparking concerns about the conditions under which they worked.

The much higher yields on offer by Chinese government bonds compared to their US and European equivalents, a strengthening of the Chinese currency that improved returns in terms of foreign currencies and the seeming lack of credit risk made yuan-denominated securities highly attractive.

With Chinese government bonds being included in global bond indices, many global investment funds were required by their operating mandates to invest in Chinese securities, but the factors driving inflows have reversed somewhat so far this year, with a strong rebound in US Treasury yields and an easing of the yuan’s exchange rate.

Questions have been raised if the contagion could spread to other parts of China’s debt market as global investors begin to worry that state firms, particularly those backed by financially strapped local governments, will suddenly be cut off from the implicit government guarantee that had previously supported their bond issues, analysts said.

In addition, China’s domestic equity markets have been the worst performers among Asian markets in 2021, even as the yuan weakened by 1.54 per cent against the US dollar in March.

Norway’s US$1.3 trillion wealth fund, the world’s largest sovereign investment vehicle, is seeking to adjust its portfolio to impose the same ethical and environmental standards across all its investments, that would stop adding securities from many emerging markets like China because they are “often characterised by weaker institutions, less openness and weaker protection of the interests of minority shareholders,” Finance Minister Jan Tore Sanner said last week.

More foreign investors are concerned about the poor ESG performance of Chinese companies, especially state-owned firms, due to the lack of transparency resulting from Chinese laws prohibiting them from opening their books to US auditors, Smartkarma’s Rudden said.

Still, China’s overall ESG scores have improved enormously in recent years with the government’s drive to steer the economy away from traditional, high pollution manufacturing industries.

However, Industrial and Commercial Bank of China, the world’s largest bank by assets, slipped to 66.48 in from 70.34.