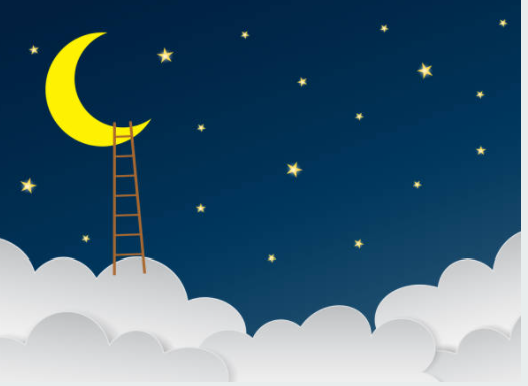 The medium-term program for the 2022-2024 period was published at the Official Gazette last night. As a general overview, we believe that the government is (again) likely to prioritize growth over inflation as we see ambitious GDP growth targets from 2022 to 2024 and reaching the 5% CPI inflation goal seems to be deferred further.

Specifically, the government foresees GDP growth rates of 5.0-5.5% for 2022-2024, while CPI inflation is expected to decelerate to 7.6% only by end-2024, on the contrary to the CBRT’s guidance that inflation will converge to the 5% target in 2023. As such, it remains to be seen whether or not the CBRT will step back from a tight monetary policy stance.

You may find the government’s revised 2021 estimates and 2022-2024 targets on page 3. We may summarize our views regarding these projections as below:

USD/TL projections: The government projects USD/TL rates at 9.27, 9.77 and 10.27 from 2022 to 2024. Considering these with the growth and inflation targets, we believe that external factors should also be supportive for the TL to maintain this relatively stable trend.

The CBRT in fact during the investor meeting on 01-Sep, stressed the relatively favourable trend in ex-food CPI inflation, which we deem as a signal to initiate a (relatively aggressive) loosening process soon. Whether or not the CBRT will be able to initiate the long-awaited rate cut cycle and pace of this loosening will largely be dependent on the evolution of the global risk appetite. In fact, a supportive global background may allow the CBRT to initiate an aggressive easing cycle at first. Yet, such a policy stance may in the end lead to a material market reaction, particularly on the currency front, i.e. when the global risk appetite is trimmed.

We also see that the government foresees the end-2022 CPI inflation at 9.8%, which is considerably above the CBRT’s 7.8% estimate, but still well below our and market’s expectations. We believe that, even with a relatively stable TL, the potential passthrough from D-PPI inflation (with some lag) and the expected rigidity in the services inflation will limit the potential deceleration in CPI inflation in 2022. As such, bringing CPI inflation down to 9.8% by end-2022 (from a likely 16-17% at end-2021) may prove to be very difficult. Such a deceleration may actually require a stronger TL than foreseen (refer to USD/TL projections above) and/or major corrections in global food and commodity prices.

GDP growth: Considering the Y-t-d growth performance, as well as the lifting of Covid-19 related restrictions and the ongoing export performance, we do believe that the government’s 9% GDP growth projection for 2021 may be plausible. Yet, it should also be noted that such a high figure has formed a very unfavourable base effect for 2022 (contrary to 2021). We may expect a considerable slowdown in the recovery pace of both domestic demand and exports (in fact some retreat may be more plausible). Accordingly, we consider the government’s 5% GDP growth target for next year as overly ambitious.

2022 may witness excessive easing of macro-policies

A significant risk factor for 2022 may actually be the probability of the government reintroducing an expansionary policy stance (an aggressive rate cut cycle, introducing further CGF incentives to generate loan growth, etc.) to achieve the 5% GDP growth target. In such as case, major consequences on the financial stability may come to the forefront (once again) and the MTP’s currency and inflation may be significantly missed, as a result.

C/A balance: The government foresees C/A deficit at USD21.0bn by end-2021. Recall that, the CBRT had recently clarified its expectation of a C/A surplus in the remainder of the year (July-December period). Considering that the Y-t-d C/A deficit as of end-June stands at USD13.6bn, the government’s projection significantly contradicts with the CBRT’s view. Yet, we may say that the government’s projection is more or less in line with the median market expectation of USD23bn and our USD19bn estimate. The government expects C/A deficit to trend downwards throughout 2022-2024 and stand at USD18.6bn, USD13.5bn, and USD10.0bn, respectively, which would point to 1.0% of GDP by end-2021. An improvement in tourism revenues from USD17bn this year to USD25bn in 2022, USD30bn in 2023 and USD33bn in 2024 is actually one of the main pillars of the decelerating trend in C/A deficit.

Yet, even if these tourism revenue targets are achieved for 2022-2024, we believe that such a C/A deficit trend looks highly inconsistent with the GDP growth targets.

Budget balance: With robust tax collection performance as a result of strong domestic demand, and the constraint in budget spending particularly during January-April period, budget deficit/GDP ratio has actually stood below 2.0% by end-July. Considering this favourable backdrop, the government had already revised its end-2021 budget deficit projection down to TL200bn (3.5% of GDP) from TL245bn (4.3% of GDP). Despite the upward revision for GDP growth and tax revenue targets for 2022, we now see that budget deficit projection is revised upwards to USD230bn, but the 3.5% budget deficit/GDP target is maintained as is.

Accordingly, we may also say that the government prefers to spend the additional revenues borne from a higher GDP growth. In any case, considering the current growth pace, budget balance and primary balance for end-2021 may actually end up at a better position than foreseen in the MTP, which was the case in previous years. Meanwhile, we may also say that meeting the 2022-2024 fiscal targets will also be directly dependent on the achievability of GDP growth targets.

Employment: Comparing the employment targets with the last year’s MTP (which was named as new economy program; NEP by then), we see that the number of employed for 2022 is revised by a mere 300K to 28.6 million. In fact, considering that 2020 GDP growth has turned out to be 1.8%, which is way better than the projected 0.3%, and the 2021 GDP growth has now been revised to 9.0% from 5.8% (projected last year for 2021), we may conclude that the higher GDP growth is reflected into employment figures to a limited extent.