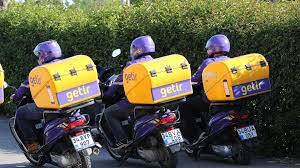 Turkish grocery delivery app Getir is looking to raise capital at a valuation of $12 billion in a funding round started by its existing investors, according to a person with knowledge of the matter.

Getir, valued at $7.7 billion last year, is aiming to raise over $1 billion to finance expansion overseas, said the person, who asked not to be named because the deliberations are confidential. It’s previously won the backing of firms including Silver Lake, Tiger Global, Sequoia Capital and Mubadala Investment Co.

The Istanbul-based company, which raised $1.1 billion in total through several rounds from investors last year, has grown to become one of the most valuable rapid delivery startups. U.S. rival GoPuff is valued at $15 billion.

Getir, co-founded in 2015 by Nazim Salur, vaulted to prominence last year after raising only $38 million in all of 2020. If it reaches the valuation it is seeking, Getir will be the second most valuable startup from Turkey after Alibaba Group Holding Ltd.-backed Trendyol, which clinched the $16.5 billion level last year.

Its rapid global expansion has seen Getir launch recently in Chicago and New York, following the U.K., Germany, the Netherlands, France, Italy, Spain and Portugal in 2021.

The company, formally known as Getir Perakende Lojistik AS, has also acquired bolt-on assets in Turkey, Spain and the U.K. It’s said that its next destination in the U.S. is Boston.