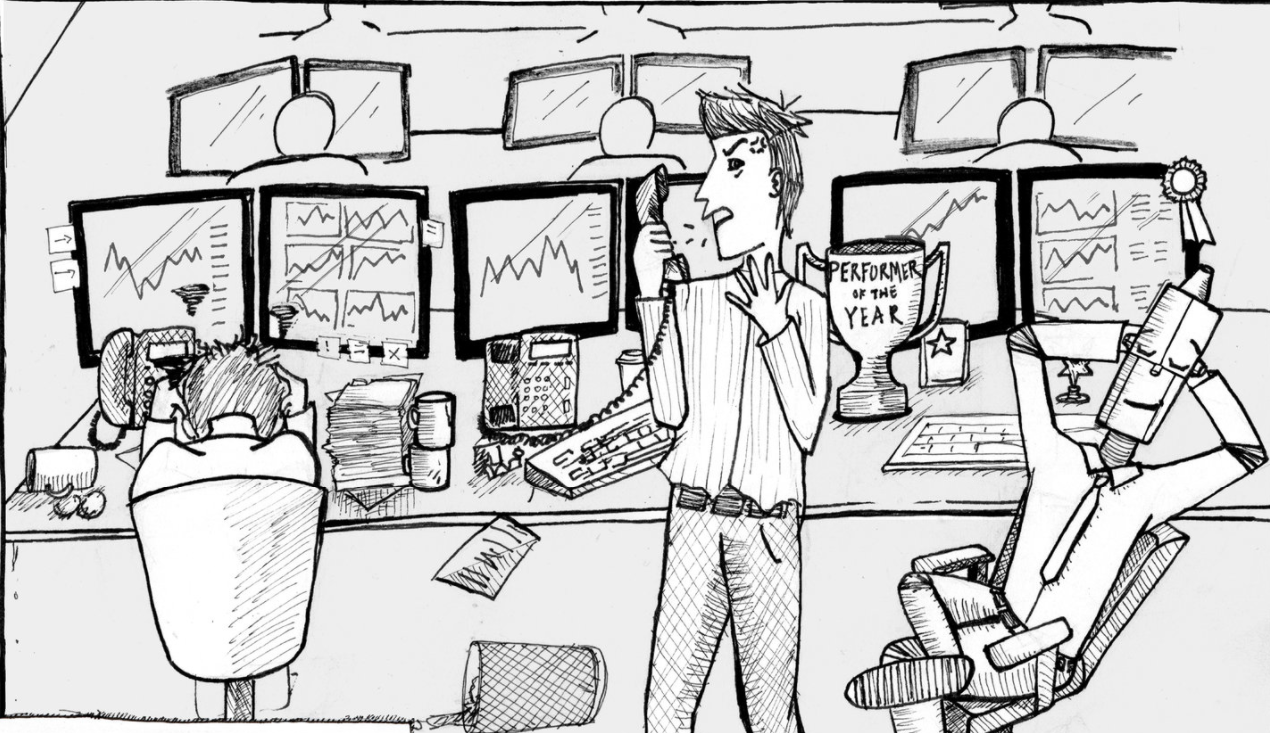 The earnings season will begin on January 26 with the announcement of Arcelik’s financials. Among our banking coverage, Akbank will announce its balance sheet on February 1. The balance sheet disclosure deadline for companies is March 1 for unconsolidated financials and March 11 for consolidated financials. The deadline for bank-only financial statement announcements is 1 March. Our forecasts indicate a strong net income growth for banks of 171% yoy and 43% qoq in 4Q21.

We expect strong profit growth in the banking sector

We expect the banks within our coverage to announce a net profit of TL 15.2bn in 4Q21, with a quarterly increase of 43% and a yoy increase of 171%. As a result, we estimate the banks’ ROE to be 20% in 4Q21. We expect banks to announce strong margin improvements by 60bps in the last quarter. The

main reasons for our margin expectation are the lending spread increasing by 150-200bps and the strong contribution of the CPI-linked portfolios. On the other hand, trading line revenues will be quite strong due to currency volatility. On the other hand, additional personnel expenses of banks cause operating expenses to increase by 32% qoq. Also, banks offset some of their strong revenues by increasing their provisioning liabilities, we expect significant quarterly increases in COR.

We expect a strong quarter for Isbank mainly due to the solid NIM and positive trading line support. The lending spread is up by 200bps, one of the highest among our coverage. Another important  factor that drives the bottom-line was subsidiary contribution, in which Sisecam strong profitability support Isbank’s net income. We expect to see a strong quarter for Akbank in 4Q21 due to the solid margins supported by CPI linkers and also strong trading line. The pure trading is supportive for the quarter due to the currency volatility. The TL spreads are up by 90bps qoq and we expect Akbank will report around 3% NIM for 2021.

Even though public banks have achieved strong quarterly profit growth, they are still generating ROE far below their capacity.

We expect an annual net income increase of 71% for our non-bank coverage. We forecast 100% annual EBITDA and 63% sales growth in 4Q21 for our non-bank coverage. We expect the economic recovery both in domestic and abroad to have a positive impact on companies’ 4Q21 operating performance. On the other hand, TL continued to depreciate in 4Q21, high inflation and rising energy and supply costs have an impact on companies’ net profits and EBITDA margins. While the TL depreciated by 33% in 4Q21, the general upward trend in energy and commodity prices continued.

On the automotive and white goods side, the strong foreign demand and the FX impact caused sales growth, while rising raw material costs put some pressure on the margins. On steel sector, we are entering a period in which prices are starting to normalize and energy and raw material costs suppress margins.

The retail sector maintains its strong operational performance, but reflecting the Competition Board’s penalty in this quarter is a factor that brings down the net profit. In aviation, we see the effects of low season and the new variants, while hedge incomes and exchange rate effect affect net income performances. 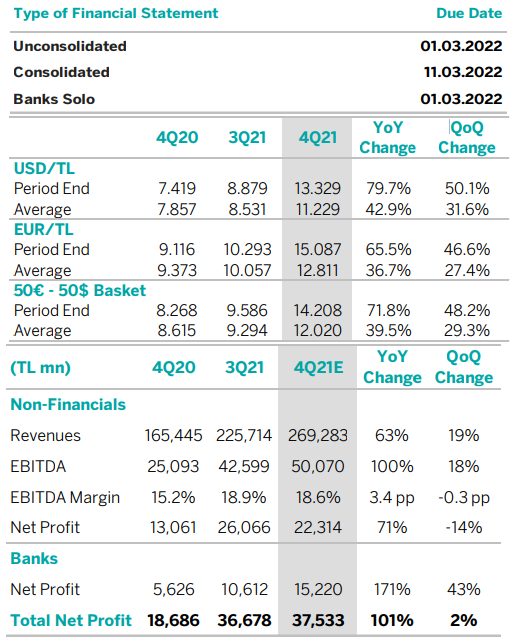 Despite our expectation of lower gold production in Koza Gold, we expect strong results with the contribution of weak TL. We have 38% operating profit and 51% net profit growth expectation on a quarterly basis for KOZAL. In Sisecam, on the other hand, we expect 400% and 175% net profit growth in the last quarter, respectively, on an annual and quarterly basis, thanks to the strong support of the weak TL and the contribution of the flat glass segment. With our EBITDA of US$240 per ton at Kardemir, we expect a positive outlook both on an annual and quarterly basis. The automotive sector is quite strong. Despite the productions interruptions, Froto remained strong with the increase in exports and its strong market share in the domestic commercial vehicle market. At Tofas, on the other hand, the company’s solid cost/revenue structure and profitability with take or pay agreements continue.

Petrochemical is another sector that we expect to see a positive outlook in operations. For Petkim, we expect strong profitability in 4Q21 with the naphtha-ethylene spread at US$527 per tonne.

We expect an annual and quarterly contraction in Aksigorta’s net profit as the pressure of the increasing FX impact on the claim costs and the sharp rise in the minimum wage to increase the provisions. For Pegasus, we expect a negative impact of the omicron variant and a foreign exchange loss based on the EURUSD parity.

AKGRT: Increased claim costs due to TL depreciation and

due to EURUSD parity

SISE: Strong support from the weakness of TL and higher contribution from flat glass

KRDMD: EBITDA per ton of c. USD240 in 4Q21 implies a strong profitability.

TOASO: Take or pay contracts serves as a cushion for profitability