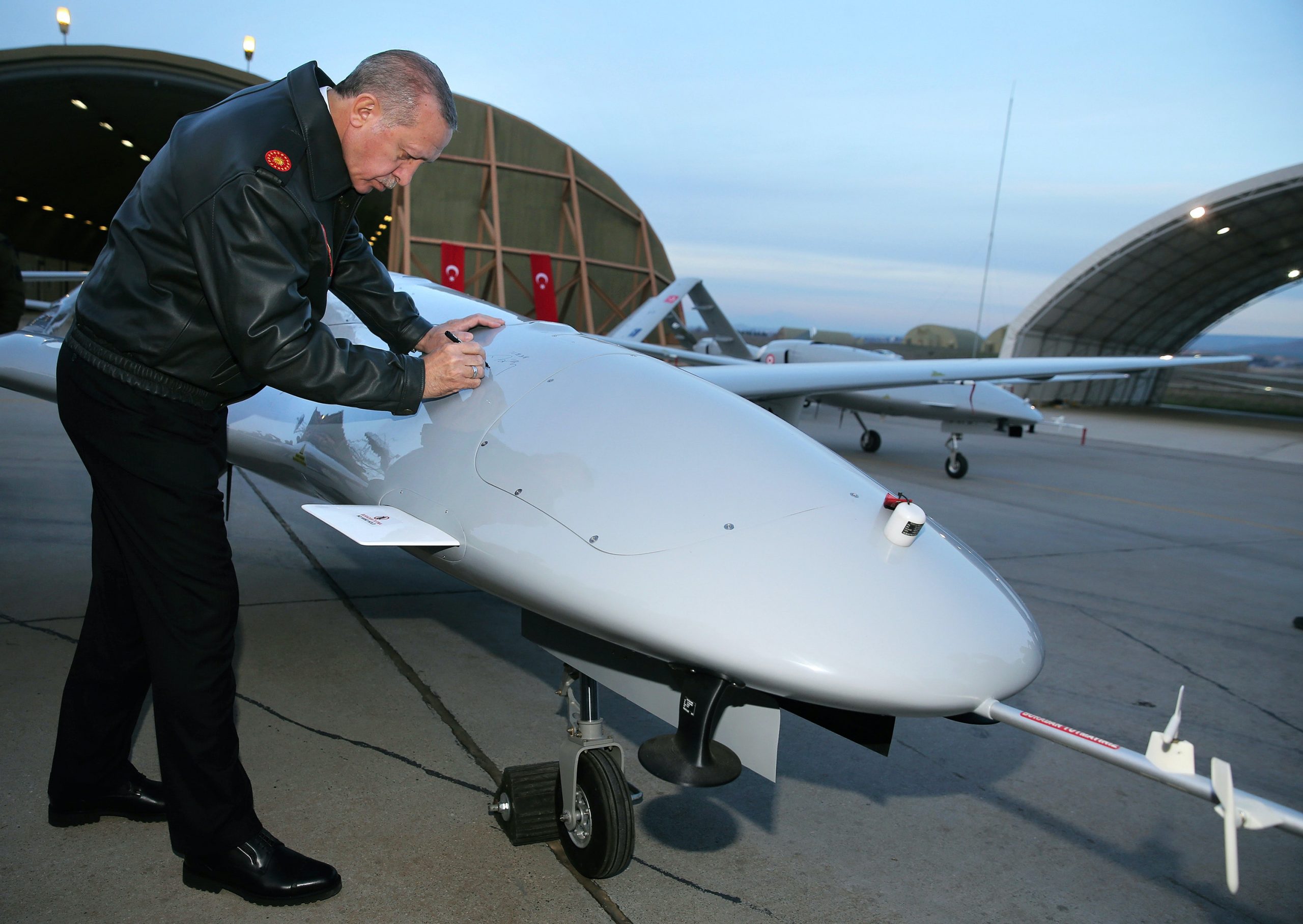 Back in the early 2010s when I first started playing with drones, I speculated in the FT that if I could own a drone, anyone could, and that this would have big implications for global politics. At that time, drone technology was largely controlled by the U.S. and Israel, but I noted that it was inevitable that it would spread widely and change the nature of interstate conflict. The specific use I imagined was for targeted assassinations, and Henry Sokolski recently speculated in these pages that they could be used against critical infrastructure like nuclear power plants. Neither of these threats has emerged big time as of yet, but the global landscape has already been changed by military drones.

The main actor in this development is Turkey under its autocratic president Tayyip Recep Erdogan. The country has developed its own domestic drones and has used them to devastating effect in several recent military conflicts: Libya, Syria, in the Nagorno-Karabakh war between Armenia and Azerbaijan, and in the fight against the PKK inside its own borders. In the process, it has elevated itself to being a major regional power broker with more ability to shape outcomes than Russia, China, or the United States.

Turkish drones like the Bayraktar TB2 and Anka-S were developed by the Turkish defense firm Baykar Makina, led by MIT-educated drone designer Selçuk Bayraktar, who was to later marry Erdogan’s daughter. The impetus to create a domestically-produced drone was driven by the U.S. military embargo in 1975, and Washington’s reluctance to sell the country its advanced Predator and Reaper drones. Turkey bought Heron drones from Israel, but found that relationship problematic as well. Drones are, however, not that hard to manufacture, and the most recent Turkish ones are quite impressive. The TB2 can stay aloft for 24 hours, and can perform both reconnaissance and attack missions.

The effectiveness of these weapons was first demonstrated beyond Turkey’s borders in Syria in March 2020, where in retaliation for a Russian-backed Syrian attack that killed 36 Turkish soldiers, Ankara launched a devastating attack on Syrian armored forces that were moving into Idlib province along the Turkish border. Video footage showed them destroying one Syrian armored vehicle after another, including more than 100 tanks, armored personnel carriers, and air defense systems.

The Syrian offensive was brought to a complete halt, and Idlib province secured as a haven for refugees. Then in May, Turkish drones were used to attack an air base in Libya used by UAE-backed Libyan National Army of General Khalifa Haftar, which ended the LNA’s offensive against Tripoli. Finally, during the Nargorno-Karabakh war in September, Turkish drones intervening for Azerbaijan against Armenia destroyed an estimated 200 tanks, 90 other armored vehicles, and 182 artillery pieces, forcing the latter to withdraw from the territory. This has become a point of nationalist pride in Turkey, as this pro-Azeri video suggests.

It seems to me that Turkey’s use of drones is going to change the nature of land power in ways that will undermine existing force structures, in the way that the Dreadnaught obsoleted earlier classes of battleships, or the aircraft carrier made battleships themselves obsolete at the beginning of World War II. Combined arms land forces of the sort that defeated Iraq twice in the 1991 and 2003 Gulf Wars are built around tanks, whose primacy was due to the fact that for many years, only a tank could destroy another tank. One of the little-known facts about the 1967 Middle East War was that only a couple of Egyptian tanks were killed from the air in Israel’s massive opening air strike, because it was too difficult to hit so small a target with an airplane. In the intervening years, precision-guided munitions began to proliferate, making the targeting of tanks much easier, but they still required expensive platforms like the A-10 close-support attack aircraft, which in turn necessitated expensive air defenses to operate against a sophisticated opponent.