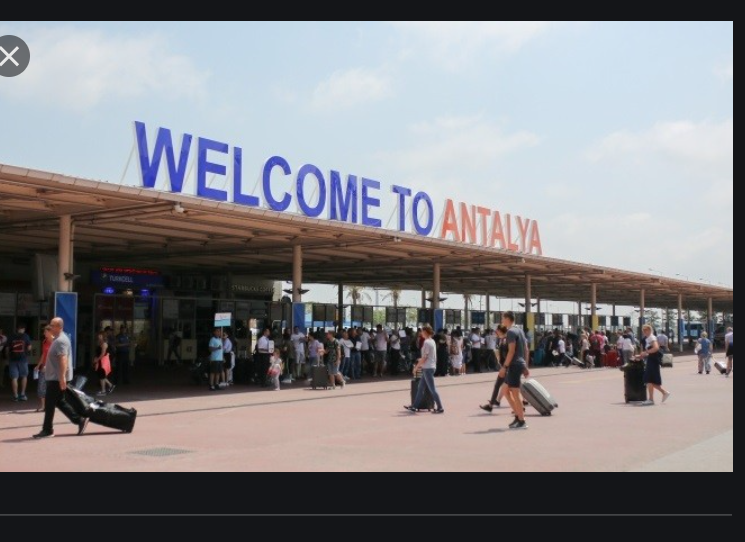 In the resort destination of Marmaris, nestled between turquoise waters and pine-covered mountains on Turkey’s south-west coast, hotelier Mustafa Deliveli is preparing for a summer he fears could sink the town’s tourism business.

Reservations at Deliveli’s Emre Hotel are at 15 per cent of capacity for June, one of the season’s “most important months”, when its rooms are normally full, he said. But a spring coronavirus surge has prompted Russia, Germany and Britain, Turkey’s three biggest tourism markets, to impose onerous travel restrictions — threatening a sector that provides millions of jobs and vital hard currency.

“We’ve had our share of crises in tourism over the years but this is unprecedented,” said Deliveli, who has furloughed a third of his staff and shut half of the hotel to cut costs. “We kept our heads above water last year and had high hopes for this season. It has been a great let-down.”

In an effort to lure visitors, Erdogan ordered a nationwide lockdown for most of May to curb the pandemic. Most visitors are now exempt from taking PCR tests to detect the virus, and the government’s “safe tourism” programme has prioritised vaccinating tourism workers and certified 10,000 hotels and other operators that adhere to strict hygiene standards. Daily reported Covid-19 cases have fallen to about 6,000 from a record 63,000 in April.

Boasting 5,000 miles of shoreline and speckled with Greek and Roman ruins, Turkey was the world’s sixth-most visited destination before the coronavirus outbreak, attracting 52m tourists and $35bn in revenue in 2019. As the pandemic decimated global tourism last year, Turkey’s visitor numbers and revenue plunged nearly 70 per cent in 2020 on the previous year.

The tourism ministry had targeted 30m tourists and $23bn in revenue in 2021, but this may already be slipping out of reach, with a third fewer tourists arriving in the first four months than in the same period last year.

“The pandemic has caused a see-saw in numbers [but] tourism retains its serious position in Turkey’s balance of payments and provides 2m jobs,” Mehmet Nuri Ersoy, the tourism minister, told the FT.

Tourism, both directly and indirectly, accounted for 13 per cent of GDP before the pandemic. Without a meaningful rebound this year, up to a percentage point could be shaved off economic growth in 2021, said Roger Kelly, an economist at the European Bank for Reconstruction and Development in Istanbul.

“Turkey’s life would be made so much easier if tourism picks up. If it doesn’t, it means another year of the economy struggling,” said Kelly. “It’s not a magic wand, but it would alleviate a lot of the pressure on the Turkish economy.”

In Marmaris, nine out of 10 hotels remained shut in late May, said Deliveli. Most survived the 2020 collapse through loans or cost-cutting but “now it’s time to pay up, and if things unfold like last year, many operators will go bankrupt or be forced to sell”, he said.

About 2.6m Britons travelled to Turkey in 2019 and typically accounted for about half of Deliveli’s guests. He has not booked a single reservation from Britain this season since the UK government required arrivals from the country to stay in a quarantine hotel and take a PCR test at their own expense. Erdogan has said he and Johnson will discuss tourism at a Nato summit next week and he has also dispatched Ersoy to Moscow and Berlin to lobby for an end to their restrictions.

Germany, which sent 5m tourists to Turkey in 2019, has said returnees no longer need to quarantine if they are vaccinated or test negative. Russia, Turkey’s biggest source of tourists, has extended a ban on most flights between the two countries until June 21. “Once air traffic resumes, Turkey will receive a rush because guests aren’t cancelling reservations but postponing them,” said Ersoy.

But Bahattin Yucel, a former tourism minister, said it was already too late for this season “to be any better than last year, and we have to chalk it up to the lack of success managing coronavirus”.

Ali Cikla has walked Perge’s ancient paths “thousands of times” during his four decades as a tour guide. Since the pandemic struck, he has led just five groups and his income has plunged 90 per cent. Yet he is sanguine that Turkey’s mix of sun, sea and history will prove irresistible.

“It may take a few years but people will be back,” he said. “The pandemic won’t last for ever, but Perge will.”