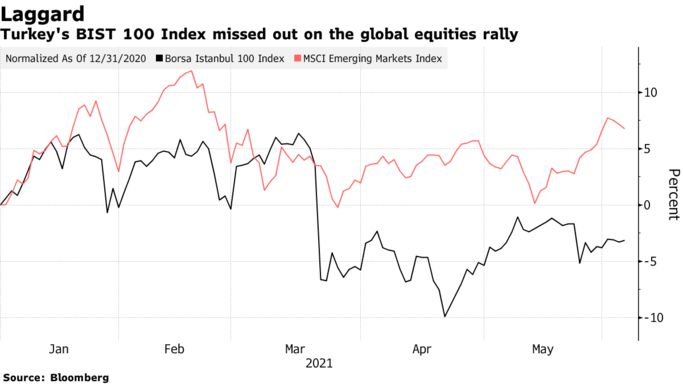 In just three months, the Turkish lira has gone from best to worst.

The currency is the victim of the head-spinning policy swerves of President Recep Tayyip Erdogan, who is once again pressing policymakers to cut rates even as inflation remains at almost 17%.

This week’s confusing back-and-forth policy pronouncements from Turkey’s powerful leader and his central bank chief underscore what a perilous market the country has become, and unusual among major emerging markets. Investor trust has been shattered, foreign stock ownership is near all-time lows and the local-currency bonds have lost about a fifth of their value this year.
Scroll Up