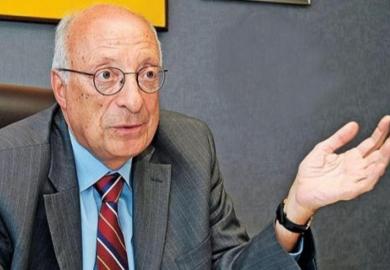 The ECHR issued rulings on Demirtaş and Kavala in 2018 and 2019 respectively, saying their rights had been violated and calling for their immediate release.

Demirtaş was arrested in November 2016 on terrorism charges, which the ECHR said had lacked evidence and were politically-motivated. Almost one year later to the day, on Nov. 1, 2017, Kavala was arrested on charges of attempting to overthrow the government.

The ECHR’s findings in both cases are “very grave violations”, Türmen said, adding:

“If there are arrests with political motivations, that means the judiciary is not independent. It means the courts act on orders from the political will. There will be consequences for this.”

The CoE Committee of Ministers is obligated to implement the ECHR’s rulings, Türmen said.

Rulings on both Kavala and Demirtaş have been finalised, and as such, the Committee is putting pressure on Turkey to implement them, he added.

“The case of Osman Kavala has become the focal point of Turkey’s relations with the West. It has become that important,” Türmen said.

Türmen, who has also served in parliament under main opposition Republican People’s Party (CHP) in previous terms, spoke about how the procedures will continue.

On Nov. 30, the Committee of Ministers will launch the procedure to assess whether Turkey not implementing the ECHR rulings has created further violations of rights. “The non-implementation is a violation in itself, of course,” Türmen said.

If the court rules that there are violations, it will launch the next stage of sanctions for Turkey, he added. “And how far would that go? Up to Turkey’s expulsion from the Council of Europe. That is the track this matter is on.”

“I am having trouble understanding this resistance. It is not possible to understand such resistance to the rule of law, such determination,” Türmen said. “I believe things won’t go on until the final stage. Because Turkey’s expulsion from the Council of Europe cannot be explained away.”