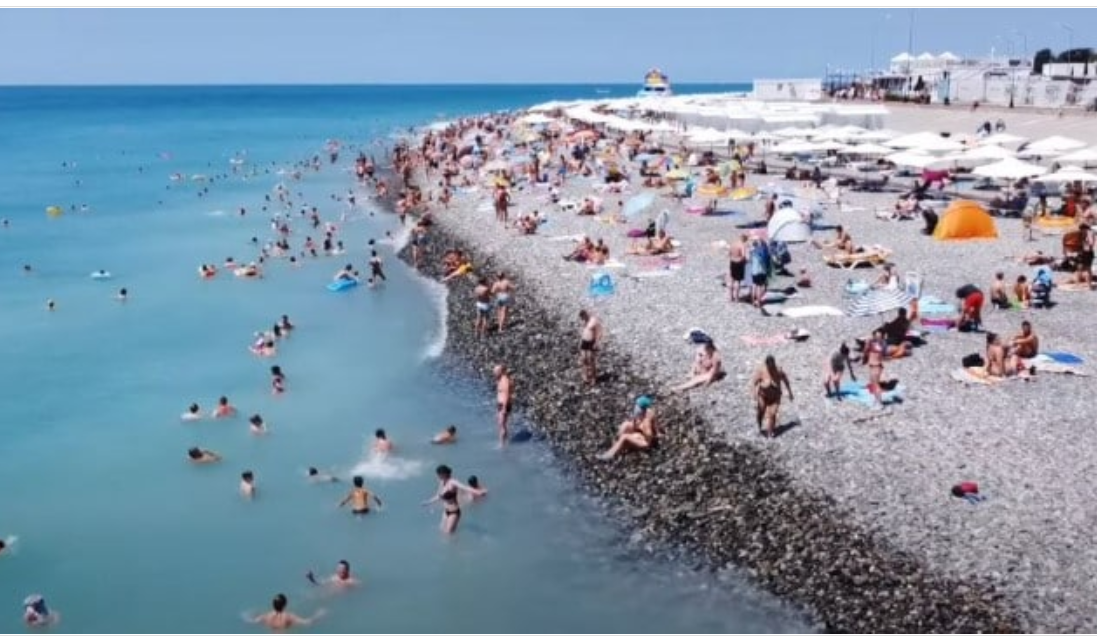 Foreign tourists are once again flocking to Turkey, with some 42 million visitors expected to arrive this year, an increase of 12 million from 2021. But as Turkey’s tourism sector rebounds from the Covid-19 pandemic, Turks themselves are stuck at home, claims Asia Times. With a weakened currency and soaring inflation, summer for many Turkish citizens is already canceled, which will depress industry margins across the board; raising discontent among voters.

Since the beginning of 2022, the lira has lost 22% of its value against the US dollar, while inflation has reached a 73% yearly average. Only in the World War II era has inflation risen faster in modern Turkey.

Turkey’s economic malaise is so deep that the Confederation of Turkish Trade Unions recently raised the poverty line to 19,602 lira (US$1,130) a month, up from 13,348 lira last December. The government’s low-interest-rate policy has only worsened the crisis.

Turks are helplessly watching their income melt away. It is the first summer since 2020 that pandemic restrictions have been lifted, and yet most Turks can barely afford basic needs, let alone travel. A June 2022 survey by the public-opinion firm Istanbul Economy Research found that of 1,500 Turks surveyed, 65% said they would not be taking a summer holiday because of tight budgets.

Prices are always jacked up in Turkey’s tourist hotspots during the summer months, as hotel and restaurant proprietors seek to earn as much income as they can during the peak travel season. But this year’s seasonal price hikes have reached an all-time high as rates are adjusted to the dollar – and owners seek to cash in.

The cost of a single night at a five-star hotel such as the Mandarin Oriental Bodrum costs more than 25,000 lira, or US$1,440. Four Seasons Istanbul Bosphorus, one of the city’s premium establishments, charges 17,000 lira a night. Turkey’s per capita GDP is estimated around $9,500. Before the pandemic, Turkish luxury was still expensive but not the exclusive domain of foreigners that it is now.

Now, locals have fewer travel options than ever; budget alternatives are nearly non-existent. The squeeze is even being put on recreational spaces, such as free public beaches.

The average entrance fee to a beach club in Cesme, a popular high-end resort town west of Izmir, starts at 750 lira, and that only includes an umbrella and a sun bed. After this, options diminish quickly, as most beaches in the popular regions of Bodrum and Cesme are rented out by the government to private establishments.

Public beaches are also a rarity. This month, Princess Cove, one of the only free public beaches in the coastal region of Bodrum, was closed for the season with no notice. Authorities said the beach was newly listed for conservation, but many residents fear that because of its prime location – adjacent to the popular, and private, Xuma Beach – it’s just a matter of time before the beach is privatized and zoned for construction.

Tourism prices are also soaring inland. Renting a motorhome for overnight adventures, for instance, is 50% pricier this summer than last.

Inan Ekici, head of the All Car Rental Organizations Association, estimates that with this year’s high fuel prices and costlier foodstuffs, a one-week driving holiday for a family of four would cost around 30,000 lira. But as expensive as that is, it’s still far cheaper to stay in a motorhome than in a hotel. The Turkish Statistical Institute reports that the average cost of a hotel room per person per night has skyrocketed 221% from a year ago.

To be fair, owners of holiday establishments have little choice but to increase their prices, just to keep pace with inflation. Compared with last summer, the cost of food and energy has jumped by 81%, according to the Consumer Price Index, and operating a hotel is now 108% more expensive than it was last year.

As of December 2021, loan debt held by the hotel sector topped $15 billion. Earnings from the summer season are essential for paying loans down.

President Recep Tayyip Erdogan’s economic policy – promoting production, employment, and exports – is dependent on revenue from tourism. But the tourists the government is luring are ones with deep pockets and non-Turkish passports. Even during the pandemic, leaders made it easy for tourists to visit the country, trading public safety for tourism revenue.

With huge sums at stake – the country earned $24.5 billion from the tourism sector in 2021, ca 3.5% of the economy (GDP) – it’s easy to see why tourism is viewed as an economic panacea. But pricing Turks out from their own country will almost certainly backfire.

Quality of life is already on the decline in Turkey; making it economically impossible to enjoy even a domestic holiday could have political consequences. Everyone needs a break sometimes – even if that break is in one’s own back yard.