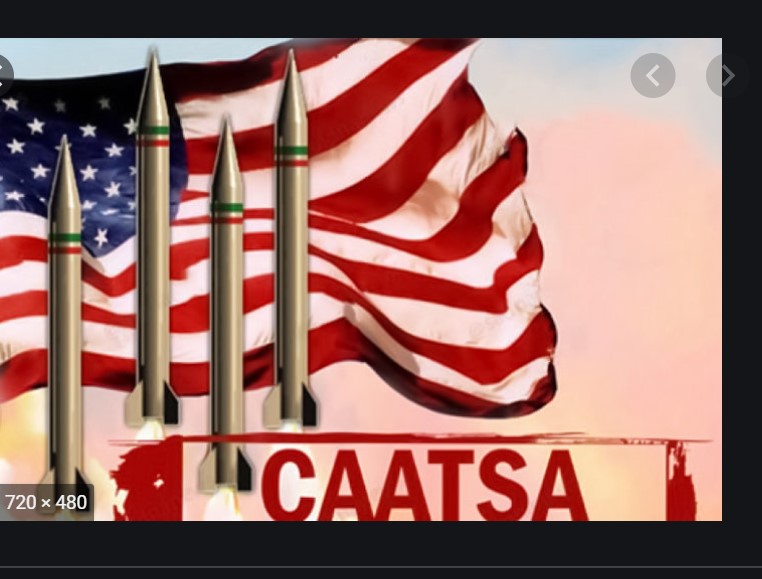 The U.S. State Department has notified Countering America’s Adversaries Through Sanctions Act of 2017 (CAATSA) sanctions against Turkey’s Presidency of Defense Industries (SSB) and its senior leadership for Ankara’s purchase of Russian S-400 air defence systems.  While the sanctions are trivial, the timing is intriguing, coming right before the 24 April, when Joe Biden will have to decide whether to recognize Armenian genocide claims. This may be a final or first warning to Erdogan to shape up to suffer worse.

The Secretary of State has determined that the Turkish entity, SSB has knowingly, on or after August 2, 2017, engaged in a significant transaction with the defense or intelligence sectors of the Government of the Russian Federation.

The sanctions imposed upon SSB include:

United States Government departments and agencies shall not issue any specific license or grant any other specific permission under the Export Control Reform Act of 2018, the Arms Export Control Act, the Atomic Energy Act of 1954, or any statute that requires the prior review or approval of the United States Government as a condition for the export or re-export of goods or technology to SSB;

United States financial institutions shall be prohibited from making loans or providing credits to SSB totaling more than $10,000,000 in any 12-month period unless SSB is engaged in activities to relieve human suffering and the loans or credits are provided for such activities;

The Export-Import Bank of the United States shall not give approval to the issuance of any guarantee, insurance, extension of credit, or participation in the extension of credit in connection with the export of any goods or services to SSB;

A prohibition on any transactions in foreign exchange that are subject to the jurisdiction of the United States and in which Ismail Demir, Faruk Yigit, Serhat Gencoglu, or Mustafa Alper Deniz has any interest;

A prohibition on any transfers of credit or payments between financial institutions, which are subject to the jurisdiction of the United States and involve any interest of Ismail Demir, Faruk Yigit, Serhat Gencoglu, or Mustafa Alper Deniz;

All property and interests in property of Ismail Demir, Faruk Yigit, Serhat Gencoglu, or Mustafa Alper Deniz that are in the United States are blocked and may not be transferred, paid, exported, withdrawn, or otherwise dealt in;

The Secretary of State shall deny a U.S. visa to Ismail Demir, Faruk Yigit, Serhat Gencoglu, and Mustafa Alper Deniz.

The news had marginal impact on TL assets, with dollar/TL inching up a notch to 8.15 from 8.11 in the morning, while Borsa Istanbul main index is losing about 1% at 5 pm Istanbul time.  The impact on CDS and Eurobond prices will only be available tomorrow morning.

Last week, US Defense Secretary Lloyd Austin had relayed to his counterpart retired Gen Hulusi Akar that S-400s must be moved out of Turkey.  It remains to be seen whether Austin also spelled out a deadline for compliance. If Biden recognizes Armenian genocide claims, it would be reasonable to conclude that the White House had offered Erdogan a deal probably through Blinken or Austin, which had been rejected, upon which sanctions pressure is beginning step by step.

If this is the case, markets are very likely to panic when they see the writing on the wall.